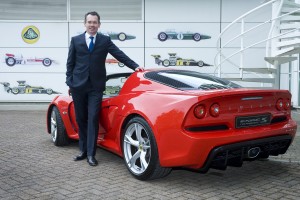 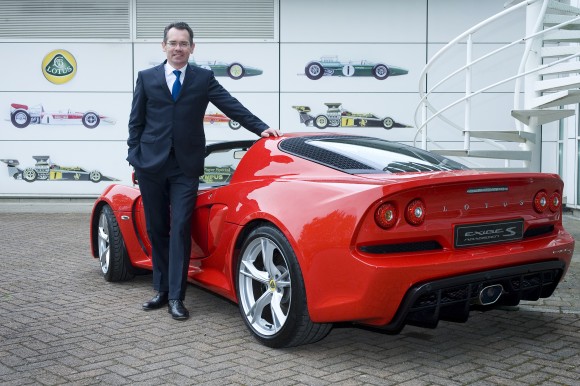 LOTUS Group CEO Jean-Marc Gales has not ruled out adding 20 more dealerships in the next financial year to resurrect the British carmaker.

Despite a reported increase in sales by almost 50 per cent, Gales stated that this is not enough to support the car company. In September, the British sports car manufacturer announced they would be cutting their global workforce by a quarter as part of an essential restructure.

The Lotus Group CEO has now told Automotive News that the next step to restore the business is a focus on sales and their dealer network.

Gales said: ‘The focus has been on the commercial side, making sure we sell more cars, provide better coverage via our dealer network and develop a more precise marketing program.’

He added: ‘We don’t have enough dealers, even in the UK. There is no dealer in London, and nor is there in Paris, Madrid, northern Italy, Hamburg or Berlin.

‘More dealers drive more sales. We have opened nine new dealers worldwide over the past six months, and I would not exclude having 20 more dealers in this financial year.’

However, this doesn’t mean an end to cuts at the Norfolk-based business, Gales explained that they would need to continue to streamline the business to become profitable.

‘In the first four months of this financial year [which started in April], we sold 46 per cent more cars, but that’s still not sufficient to guarantee our future,’ he told Automotive News. ‘We need to continue to reduce costs, and we are fully aware of the hardship that brings for our work force.’

The former second in command at the PSA Peugeot Citroen group did claim that Lotus would be back on its game in the near future though.

Gales said: ‘We will return to profitability in the very foreseeable future. That’s absolutely the target.’

MORE: Exclusive: Top 10 tips for getting the best from Google Analytics