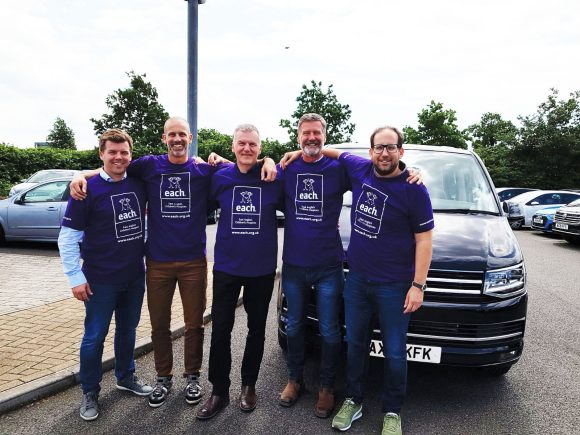 East Anglia’s Children’s Hospices (EACH) supports families and cares for children and young people with life-threatening conditions across Suffolk, Norfolk, Essex and Cambridgeshire.

Victoria Matthews, the charity’s Suffolk corporate fundraiser, said: ‘EACH would like to congratulate the directors of Marriott Motor Group for completing another challenge, in an amazing time, as part of their support for us this year.

‘The amount they have raised will make a significant difference to local life-threatened children, young people and their families in Suffolk and Norfolk.’

The latest challenge saw the directors raise £3,366 towards their target of £16,800 for this year. The group is also fundraising through various activities such as monthly dress-down days and showroom events.

A spokeswoman for the group said: ‘This is our second year working with EACH and we are delighted to be supporting such a worthwhile local charity. As a group, we are looking forward to taking part in many more fundraising initiatives throughout 2019.’