Police have confirmed they attended Dominic Cummings’s family property in County Durham after allegations emerged that Boris Johnson’s chief adviser travelled more than 260-miles from his London home during the lockdown.

Political leaders have piled pressure on the PM to sack the 48-year-old strategist. Downing Street has so far refused to comment.

Pendragon CEO Bill Berman has revealed the full story behind the group’s merger talks with Lookers – and said he hasn’t ruled out super-sizing the dealer in the future.

In an exclusive interview with Car Dealer Live yesterday, Berman explains he wrote to the chairman of Lookers, Phil White, to ask for a discussion about a potential merger, but it never took place.

And he has admitted that he thinks the best way for Pendragon – the third biggest group in the UK with a £4.6bn turnover – to thrive is to grow larger so it can enjoy economies of scale. Watch the clip about Lookers below or for the full interview click here.

A collapsed sewer which caused a four-metre sinkhole to open up in the middle of a busy road will take at least a month to fix.

The opening, which is wider than an average family saloon car and about three metres deep, appeared just after lunchtime on Thursday, in Walsall, West Midlands.

Engineers from Severn Trent Water, who have been assessing the damage, identified a collapsed sewer as the culprit adding the repair would be ‘very complicated’. The road will remain shut until further notice.

Britons continue to face a lack of clarity about what will happen with summer holidays abroad after the Home Secretary announced quarantine measures for people arriving in the UK.

From June 8, travellers coming to the UK will have to self-isolate for 14 days on arrival or risk being fined, prosecuted and even deported if they do not comply.

But when asked if this means holidays abroad will no longer go ahead this summer, Priti Patel said the quarantine measures were ‘absolutely not about booking holidays’. The Foreign Office is still advising people to embark on only ‘essential’ travel.

Aer Lingus to lay off workers

It has been buffeted by the crisis which has devastated the aviation industry. Forsa official Angela Kirk represents staff and said the national carrier’s plans were premature.

In a memo to members after a meeting, unions said the airline had confirmed its intention to extend current arrangements for pay, funded in part by the Irish Government’s wage subsidy scheme, until June 21, after which the scheme is due to be wound down and job cuts are likely.

British brewer Marston’s has announced plans to join with Carlsberg’s UK arm to form a joint venture worth around £780m.

The move, which is the latest in a string of deals involving UK brewers, will create the Carlsberg Marston’s Brewing Company.

It has valued Marston’s brewing business at £580m, with Carlsberg’s UK brewing division valued at £200m. Marston’s said it will own a 40 per cent stake in the joint venture.

Ikea is set to reopen 19 stores across England and Northern Ireland from June 1 with social distancing wardens patrolling stores.

Families will be banned, with Ikea saying it will allow one adult and one child per household inside the store at any one point. 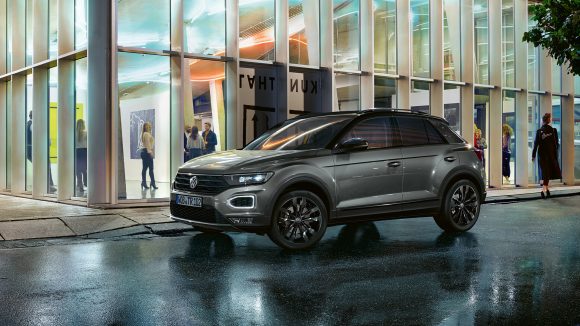 Volkswagen has strengthened the appeal of its T-Roc crossover with a new Black Edition specification.

Priced from £23,750, the Black Edition trim level builds on the existing SE specification but gains additional black-coloured trim pieces and extra interior features. It follows on from the Touareg, which too gained a Black Edition specification.

The exterior of the car receives a black finish to the front grille, rear privacy glass and 18-inch alloy wheels. LED headlights are included as standard, too.

More than 64,000 bookings have been cancelled and around 2,500 jobs lost due to the failure of Specialist Leisure Group.

Travel trade organisation Abta said the coronavirus pandemic is the main reason for its failure, as it struggled to issue thousands of refunds while new bookings ground to a halt.

Wetherspoon’s will spend an initial £11m making its 875 pubs Covid-19 secure ahead of reopening, including screens at bars and tables.

The chain said each pub will hire two full-time workers to regularly clean surfaces and touch points throughout, with more employed in larger pubs.

Bosses added all staff will be provided with gloves, masks and protective eyewear for those who want to wear it. It is unknown when pubs will be allowed to open.

Markets ended in the red for the second session in a row yesterday, as warnings of a new Chinese crackdown sparked worries that Hong Kong protesters might take back to the streets.

EasyJet shareholders back board in feud with founder

Shareholders in easyJet have backed the company’s board in a bitter dispute with founder Sir Stelios Haji-Ioannou over a multibillion-pound aeroplane deal.

EasyJet said that 99 per cent of votes cast by independent shareholders were against Sir Stelios’s demands to remove the chairman, chief executive and two other directors from the easyJet board.

However, around 42 per cent of votes cast were nevertheless in favour of firing the four. These were mostly Sir Stelios’s votes. Sir Stelios blasted the results as ‘voting fraud’, claiming that 15 per cent of the company’s shares are held by ‘strawmen’ for Airbus.

Aston Martin has been highlighted in a government blog about how car businesses are managing to get back to work.

In a blog on the government website, the firm’s factory in St Athan is featured with a company spokesman saying it is is working within guidelines to protect employees.

So far 600 staff have returned to work using controlled entry and exits, sanitisation, frequent cleaning, no visitors allowed and only agreed contractors on site. Read the full story here.

Knowledge: How you can safely carry out test drives using clever technology