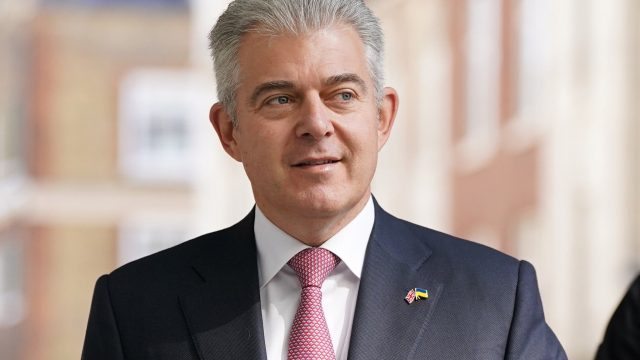 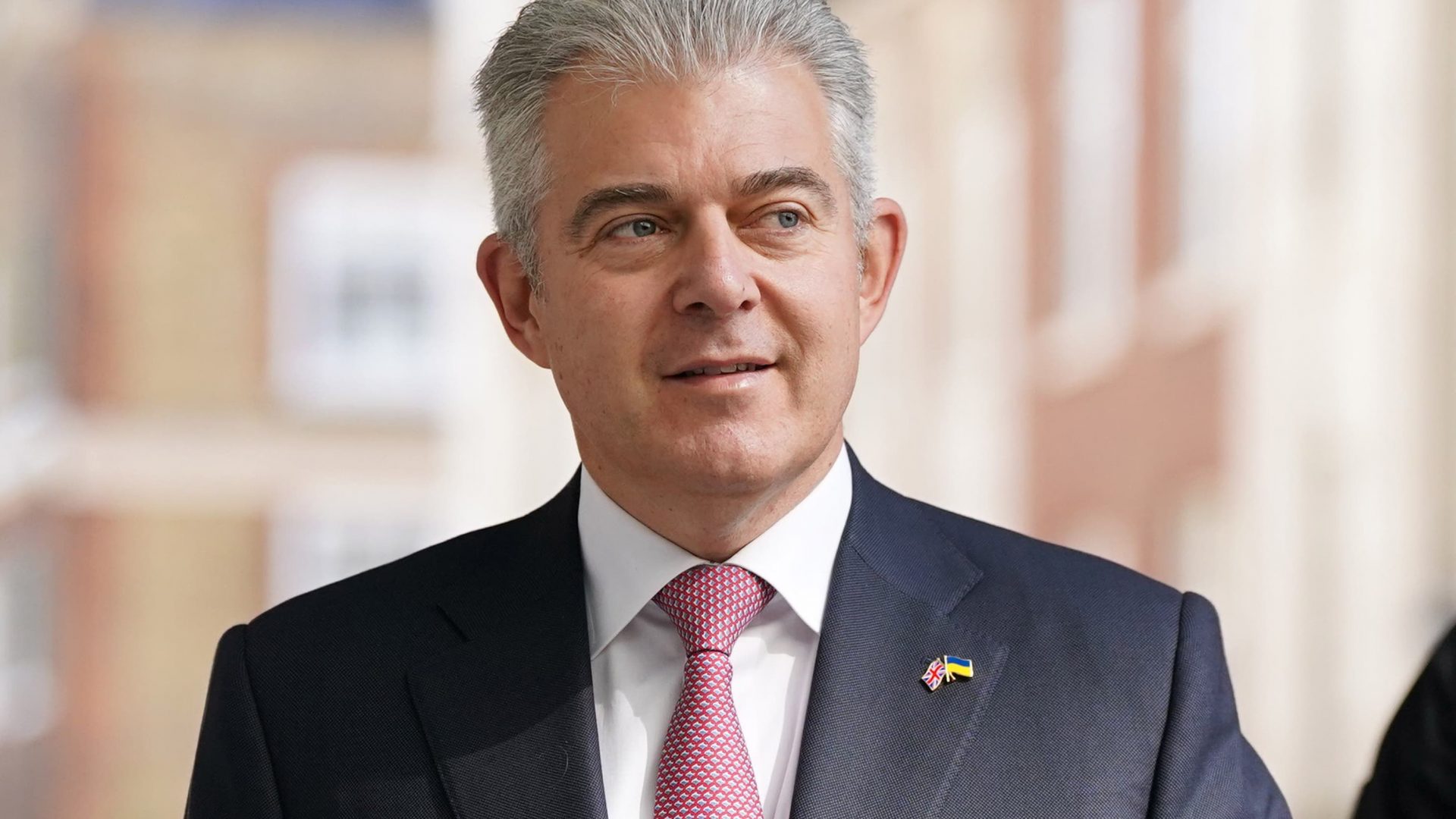 The Northern Ireland secretary, Brandon Lewis (pictured top), will meet the leaders of the main parties at Stormont later to press for the return of devolved government.

The Stormont Executive has been unable to fully function since February when first minister Paul Givan resigned as part of the DUP’s efforts to force action against the Northern Ireland Protocol.

Fresh Assembly elections returned an historic result at the weekend with Sinn Fein overtaking the DUP to become the first nationalist or republican party to emerge top at Stormont. This means the Sinn Fein Stormont leader Michelle O’Neill is in line to become the first nationalist or republican first minister. However the DUP, as the second largest party, must nominate a deputy first minister to serve alongside her in the joint office.

Putin’s Russia ‘mirroring the fascism and tyranny’ of the Nazis, Wallace claims

Vladimir Putin’s regime is ‘mirroring’ the actions of the Nazis, defence secretary Ben Wallace will say as the Russian leader stages a military parade to celebrate victory over Hitler’s fascists.

Wallace will use a major speech to say that Putin and his inner circle should share the same fate as the Nazis, who ended up defeated and facing the Nuremberg trials for their atrocities.

In Moscow, Putin will watch the Victory Day parade of military hardware, marking the defeat of the Nazis in 1945. But according to extracts briefed to the Telegraph and Times, Wallace will say: ‘Through their invasion of Ukraine, Putin, his inner circle and generals are now mirroring the fascism and tyranny of 70 years ago, repeating the errors of last century’s totalitarian regimes.’

Russia and Belarus will face a new wave of sanctions – targeting £1.7bn of trade – to ‘thwart’ Russian president Vladimir Putin’s war in Ukraine, the government has announced.

New import tariffs will cover £1.4bn of goods, including platinum and palladium, ‘hampering Putin’s ability to fund his war effort’, the Department for International Trade (DIT) said. The move will bring the total value of products subjected to full or partial import and export sanctions since Russia’s invasion of Ukraine to more than £4bn, the department added.

Ministers will crack down on truancy, beef up the powers of education watchdogs and reform the funding system in new legislation to create ‘a school system that works for every child’.

Under the plans, which will form part of the Queen’s Speech on Tuesday, England’s schools will be required to publish an attendance policy and there will be compulsory registers for children who are not in classrooms so the authorities can identify who is not receiving a full-time education.

The measures will ensure pupils benefit from ‘every possible hour in the classroom’, education secretary Nadhim Zahawi said. Boris Johnson said education was ‘at the very heart of this government’s agenda’.

The government must take urgent action and help the poorest households months before energy bills will rise again ahead of the winter months, the boss of a major energy company has said.

Keith Anderson, who leads ScottishPower, said that energy bills are likely to go up by nearly another £1,000 for millions of households around the country next winter.

‘Given what’s going to happen in October, we think that urgent action is required to put in place a mechanism to support customers through this period,’ he said. ‘You require a sum of about £1,000 to start bringing bills back closer not to where they used to be, but closer to where it’s realistic to expect people to be able to pay them.’

The rise of online influencers has exposed regulatory gaps which leave children at risk of exploitation and unacceptable compliance with advertising rules, a new report from MPs says.

A report from the Digital, Culture, Media and Sport (DCMS) Committee on influencer culture has called on the Government to strengthen employment and advertising laws to protect children – both as viewers and influencers – and online performers.

In their recommendations, MPs say children, parents and schools must be given more support in developing media literacy and rules around advertising for children should also be bolstered, while updates to UK child labour regulations should be brought up to date to reflect the growth of child influencers.

EasyJet to tackle staff shortages by removing seats from planes

EasyJet plans to tackle staff shortages by removing seats on its flights so it can fly with less crew.

By removing the back row of seats on its A319 planes, the budget airline will be able to fly with three crew members instead of four. However, this would limit the number of passengers per flight to 150. In a statement, easyJet told the PA news agency that this was an ‘effective way’ of operating its fleet this summer.

A mixed picture today, reports BBC Weather, with rain and wind for northern areas while it’ll be sunny and dry in the south. Southern areas will see a little cloud this afternoon but it’ll remain warm.

Heavy rain this evening for the north-west before turning drier. It’ll be cloudy elsewhere with a patch of rain pushing south-east.