May faces largest decline in used car values since December 2014

USED car values fell by 3.1 per cent during May, according to Cap HPI.

The automotive data experts’ findings follow on from April when the market suffered a 2.3 per cent value drop, which Cap HPI states is a ‘significant realignment’.

The average 3.1 per cent decline in May at the three-year/60,000-mile point represents the largest monthly drop since December 2014 and the steepest May fall since live data was introduced in 2012.

Derren Martin, head of UK valuations at Cap HPI, said: ‘Despite the larger than usual book drops, it is important to put this into context following the strength we witnessed last year.

‘The market is complex at the moment, and it’s important to use real-time data to stay aligned to a rapidly evolving situation.’ 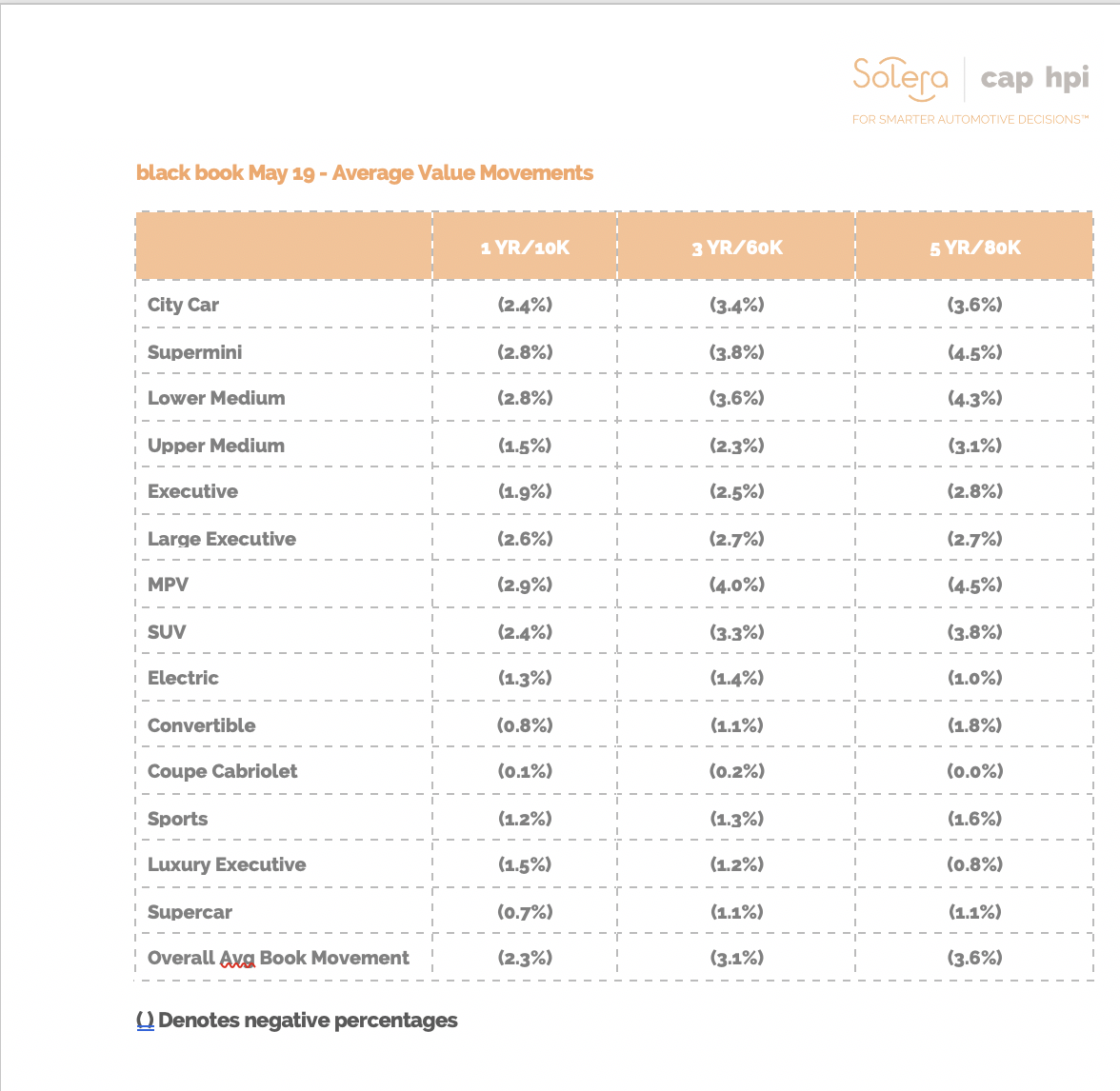 In percentage terms, mainstream sections such as city cars, superminis, MPVs, lower medium and SUV all experienced value drops in the excess of average.

Martin added: ‘Every model and generation is analysed on its own merits, and the vast majority of cars were not immune to substantial reductions. We have witnessed an almost perfect storm in the last two months.

‘The drop is due to prices increasing in 2017 and 2018, coupled with heavy supply and weakening, seasonally affected retail demand. It has created an unwillingness to pay previous prices, which has resulted in significant declines in a number of cases.’

The average drop in live valuations during June over the past five years has been 1.1 per cent at the three-year/60,000-mile point, with the biggest falls during that time being 1.4 per cent in 2015 and 2017.

MORE: Demand for used vehicles drops to lowest level in 2018