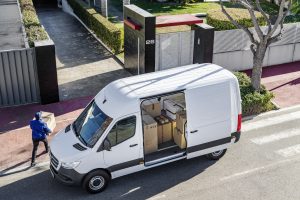 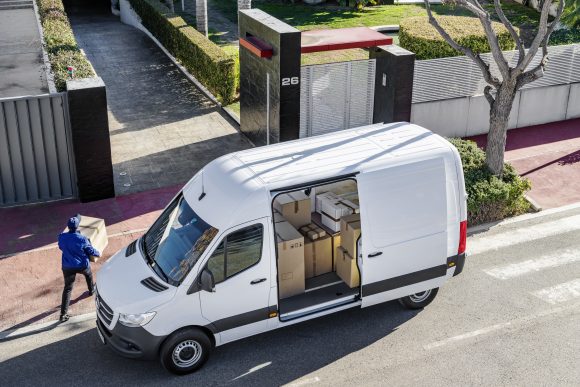 MORE than half of van drivers and owners still say there is a stigma attached to discussing mental health at work, despite a number of high-profile and hard-hitting campaigns, according to the latest Business Barometer research from Mercedes-Benz Vans UK Ltd.

Fifty-six per cent of 2,002 van drivers and owners who were asked to give their views and experiences of mental health issues in the workplace said discussion was stigmatised, with the top reason cited being because it is a ‘male-dominated industry’.

Being in ‘a male-dominated’ workplace was a key factor for 50 per cent of those who felt there was still a stigma, with a further 46 per cent highlighting fears over job security and career progression that made talking about mental health a taboo at work.

Nearly three out of five (57 per cent) of those who said a colleague or employee had spoken to them about a mental health issue were ‘glad they could confide in me’, but one in four admitted they felt uninformed, 21 per cent said they felt embarrassed and a further 17 per cent did not feel equipped to know what to do or say.

And mental health conditions such as work-related stress, depression or anxiety accounted for 15.8 million sick days last year, according to Office for National Statistics (ONS) data.

The latest government figures (ONS Report 2001-2013) show that if you are a man between 20 and 49, you’re more likely to die from suicide than cancer, road accidents or heart disease, and suicide rates in men aged between 45 and 59 have also now begun to rise, increasing to their highest levels since 1981.

Steve Bridge, managing director of Mercedes-Benz Vans UK Ltd, said: ‘A key component of these tragic statistics is that men are much less likely to talk about their feelings than women – something that is compounded within a ‘’macho’’ industry or role.

‘We were the first van manufacturer to investigate attitudes towards mental health in this sector back in 2017, and want to continue to highlight these statistics to try to break this potentially deadly taboo and encourage van owners and operators to talk to loved ones, colleagues and managers if they are encountering mental health problems.

‘There isn’t a quick fix or an easy answer to the issue of mental health in the workplace, but by talking about our feelings and taking a well-being complaint as seriously as a physical ailment, we can all work together to eradicate the perceived stigma around mental health.’

Chris O’Sullivan, head of workplace at the Mental Health Foundation, said: ‘During this year’s Mental Health Awareness Week we’re focusing on stress. By tackling stress, we can go a long way to tackle mental health problems such as anxiety and depression.

‘But in order to confront these issues we need to eradicate the stigma – something that the Mercedes-Benz Vans research shows is still widespread among van drivers and van owners.

‘It’s very important that male-dominated workplaces do more to challenge the stigma surrounding mental health issues and encourage open and honest conversations about mental well-being. We know from our own research that men are much less likely to seek support for a mental health problem than women.

‘There are also added pressures that many van drivers face, namely insecure and unpredictable working conditions, particularly if they are part of today’s ‘’gig economy’’, combined with the challenge of getting to more places with less time in more traffic, all while keeping concentration!’

‘Why mental health is more important than Brexit’ will be the subject of a workshop being held at CDX at Manchester Central on May 21 and 22. Matt Wigginton, head of partnership development at automotive industry charity Ben, will be giving delegates real-life tips, advice and tools to help them not only personally cope with and be more resilient to stress and pressure, but also to help managers and leaders spot and support their teams in dealing with stress and mental health issues.

CDX, organised by Car Dealer Magazine publisher Blackball Media, is Europe’s largest conference and expo for the automotive retail industry and is FREE to attend. Click here for your tickets and more details about the event.

MORE: Rebecca Chaplin – More needs to be done for those struggling with mental well-being

On WorkshopMagazine.co.uk: Hat’s the way to increase mental health awareness!