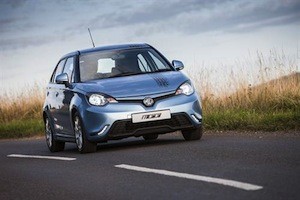 MG expands its dealer network in the North East

MG aims to further expand its dealer network in 2014, following the announcement of a triple appointment in the North East.

Based in Newcastle, the family-run businesses, Wingrove Motor Company, has been appointed as a main MG dealership for one of the marque’s key open points.

As well as the MG Newcastle showroom, situated on a 2.5-acre site in the west of the city, MG has also announced a further two aftersales centres in the region.

More than £100,000 has already been invested into the new centrally-located showroom, which is situated just four miles away from Newcastle’s famous Metrocentre.

Meanwhile, the two service centres will open at MG Newcastle North on the Nelson Industrial Estate at Cramlington in Northumberland, and at MG Newcastle East on the Silverlink Retail Park at Wallsend in Newcastle.

Louise Parker-Dalkin, Wingrove Motor’s managing director, said: ‘It’s fabulous to be involved with such an iconic sporting brand as MG and we are really excited about the future. Everyone here is so impressed with both the MG6 and the MG3. We know the new MG range will be a great success in the North East and we can’t wait to start showing the cars off to our customers.’

During the last six months, MG has opened new dealerships in Dudley, Spalding, Woking, Gloucester and a further two in Sheffield. MG expects this growth to continue throughout 2014.