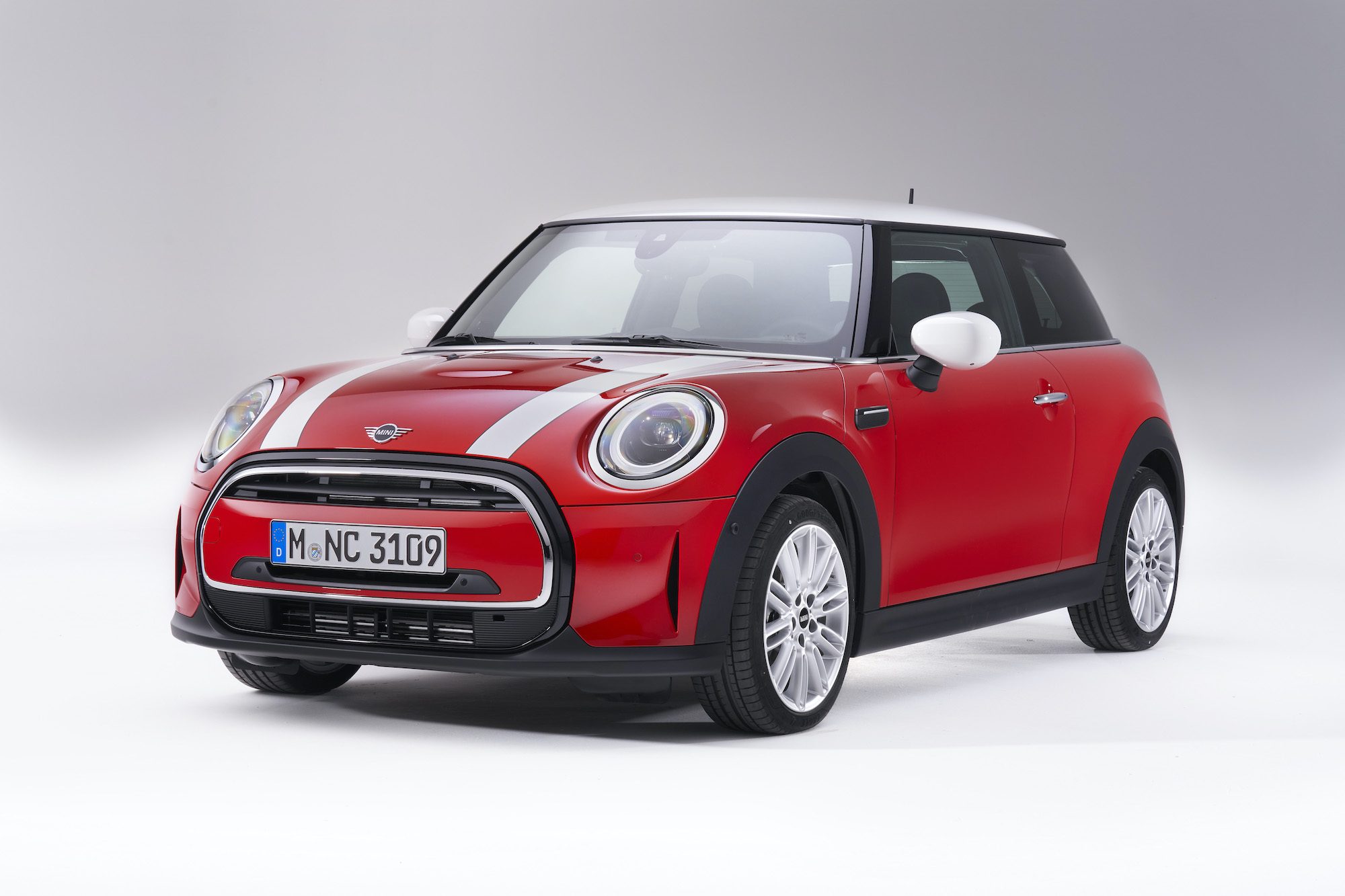 Mini has given its core 3-door and 5-door hatches and Convertible a major makeover for 2021.

The latest round of updates not only focus on style but also cut prices with the range now kicking off from £16,045 – nearly £400 cheaper than before.

It’s the second facelift for the current Mini which first arrived in 2013, and comes as BMW celebrates 20 years since it launched the ‘new’ Mini. 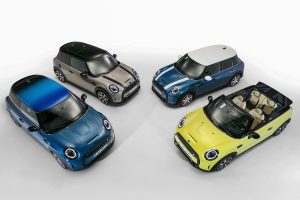 The 2021 cars get a raft of pretty major design changes. The most noticeable being the new front-end which sees a larger grille fitted trimmed in a black hexagonal surround and a body-coloured centre section, while the foglights have been replaced with vertical air intakes in the bumpers, and the headlight housings are now black rather than chrome as before.

The wheelarches have also been reshaped, there are LED side indicators and the rear bumper has been restyled.

Head of Mini design, Oliver Heilmer, says the changes have been made to give a ‘fresher, clearer’ look and to ‘purify’ the Mini’s core design features. 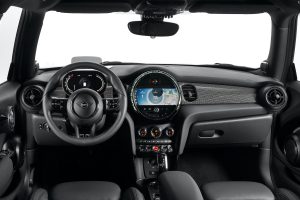 Inside, all models get a smarter-looking, flush-fitting 8.8-inch colour touchscreen, a new steering wheel, redesigned air vents and Mini has stripped much of the outgoing car’s chrome fixtures. Previously only reserved for the Electric and GP, a screen for the digital dials is also thrown in as standard for all models. 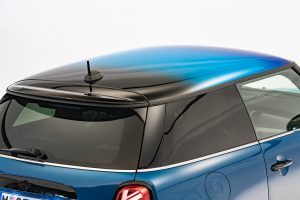 There are new colours, wheel designs and personalisation options including a ‘Multitone’ gradient-effect paint option for the 3-door and 5-door cars. The three colour shades are applied one after the other in a wet-on-wet painting process, and thanks to ‘changing environment conditions’, every Mini with a Multitone roof is unique, says BMW.

The trim levels Classic, Sport and Exclusive are carried over, although Sport models now get adaptive suspension as standard and Exclusive gets some extra kit. The Electric Mini’s 1, 2 and 3 trim levels also remain but a new Electric Collection model, with bespoke colour options and a panoramic sunroof, joins the range. Priced at £36,420, only 300 cars are on offer in the UK.

Mini has also tweaked the chassis to give more of a ‘go-kart’ feel, but the engine options remain. 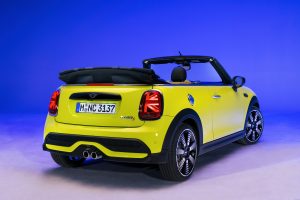 The Mini One gets a 101bhp 1.5 three-cylinder turbo petrol, the Cooper gets a 134bhp version of the same engine, and at the top of the range there’s a 228bhp 2.0-litre four-cylinder turbo for the John Cooper Works.

The Electric’s 181bhp electric motor and 28.9kWh battery (giving a 145-mile range) is unchanged too, but the Cooper S’s 2.0-litre petrol engine has been throttled back due to an emissions-reducing particulate filter being fitted – power has been cut from 189bhp to 176bhp.