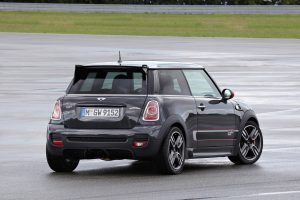 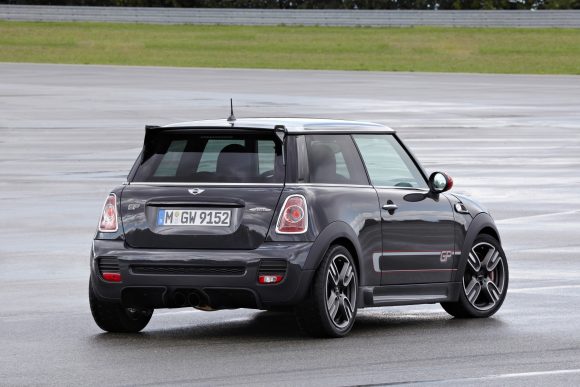 MINI has announced it will introduce a high-performance John Cooper Works GP in 2020.

Ahead of the LA Auto Show, the British brand has announced the third GP will arrive at the turn of the next decade — having last hit showrooms in 2013 — and will take inspiration from the concept of the same name unveiled in 2017.

No further information on the car has been disclosed yet but history would suggest it’ll be a hardcore machine. It’s likely to lose its rear seats, while gaining ultra-aggressive bodywork, a large rear wing and a boost in performance.

The most potent Mini currently on sale is the John Cooper Works — which boasts 228bhp and 320Nm from its 2.0-litre, turbocharged four-cylinder engine. Expect the GP to build on this, while also boasting an improvement on the regular car’s 6.1 second 0-60mph time.

Although not confirmed, the introduction of the John Cooper Works GP could signal an end for the current generation Mini in 2020. Both previous GPs were introduced in the final model year of their respective generations.

Alongside confirmation of the GP, Mini also announced it will be showcasing a new special-edition version of the John Cooper Works at the upcoming LA Auto Show, dubbed the Knights Edition. This special version boasts a Midnight Black exterior paint finish with contrasting silver components, along with matching silver stripes complete with red accents.

The Knights Edition will reach US dealerships in early 2019, although it has not been confirmed if this model will make it to the UK market. The LA Auto Show takes place from November 30 to December 9.