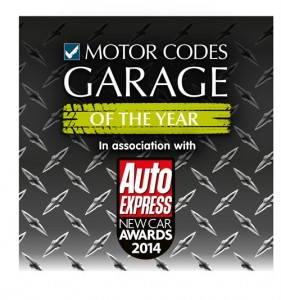 The car industry watchdog, which has been collecting 10,000 reviews a month from its 8,000-strong Trading Standards-approved garage network, will be using feedback to its website from today until June 22nd to decide the winners, who will be announced in July.

The reviews so far have shown that 95 per cent of Motor Codes customers would recommend their dealership to family and friends.

‘The competition has a serious side to it’, said Chris Mason, former managing director of Motor Codes.  ‘In the past, we’ve often had to rely on word of mouth to direct us to a trustworthy garage.  Our online garage finder adds another layer of reassurance for people. It only lists garages that subscribe to our Trading Standards-approved codes of practice, removing the element of chance.’

Those who submit a review before the closing date will be in with a chance of winning one of a handful of prize packages, including a supercar driving experience worth £1,000, complete with hotel accommodation.

Could new BMW and Mercedes cars be sold in one showroom? Dealer group bosses give their views on premium ‘multi franchising’

Ford ditches the 2.3-litre Mustang as most buyers are opting for the V8