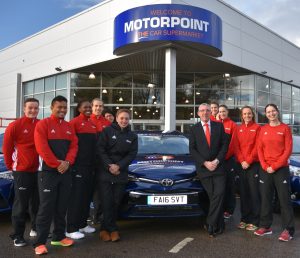 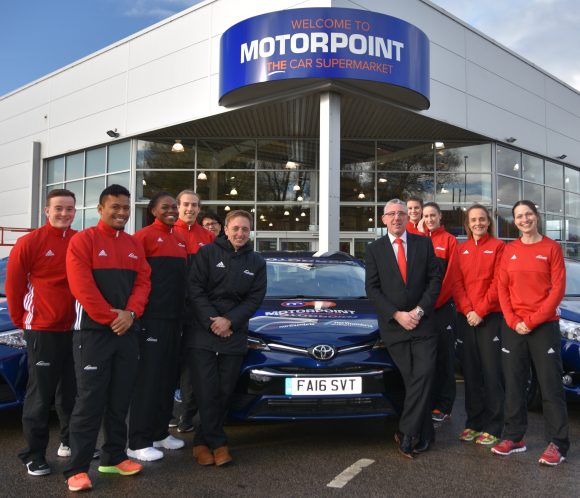 MOTORPOINT has formed a unique sporting partnership with Northumbria University.

The car supermarket, which is based on Durham Road in Birtley, has agreed to provide the Northumbria Sports programme with a number of branded vehicles to help its elite athletes travel to tournaments throughout the country over the coming year.

As part of the partnership, Motorpoint will again team up with the region’s only Netball Superleague outfit – Team Northumbria – for the forthcoming 2017 season.

Under the terms of the agreement, the Motorpoint logo will feature on both the home and away Netball Superleague dresses while two Motorpoint-branded advertising boards will also be on show at the Sports Central Arena, the venue for the team’s home games.

It will also have a dedicated area in the team’s ‘fan zone’. The Motorpoint logo will also feature prominently on the home and away kits of the University’s basketball, rugby union and volleyball teams.

The news comes only a matter of days after Motorpoint celebrated the first anniversary of its nine-acre site in Birtley.

Mark Carpenter, managing director of Motorpoint, said: ‘We’re delighted to have teamed up with Northumbria University to create a unique sporting partnership that we are confident will help drive forward the university’s elite sports programme at all levels.’

On SuperUnleaded.com: Are These Really The Top 10 Car Names In Britain