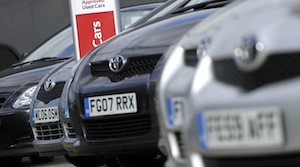 A NEW European directive has made it easier for customers to complain about their car than ever before.

Customers now have added firepower in their arsenal when they come up against dodgy car dealers thanks to a new directive which gives them more rights.

According to the Sunday Times, buyers who place an online order for a car will now have the right to change their minds up to 14 days afterwards – one week longer than the existing ‘cooling-off’ period. Customers will also be able to force the car dealer to offer a refund within 14 days of the cancellation.

These new rules, which came into effect last weekend, are a forerunner to larger changes which will be brought in under the new UK Consumer Rights Act later this year.

Among other changes, the new Act will allow owners to reject a car within 30 days of ownership should it suffer a fault. At the moment, the law is more obscure and fails to offer a specific period and uses the term ‘within a reasonable time’.

Furthermore, customers will be able reject a troublesome car within the first SIX months of ownership after one failed repair. It’s a major change as currently there is no limit.

The changes are part of a wider campaign to empower customers in light of regular consumer watchdog reports naming cars as ‘most-complained-about’ purchases. Trading Standards’ powers to force dealers to act fairly and compesate customers will also be stepped up a gear.

What do you think to this story? Will it change the way you operate? Sign up to the Car Dealer Forum below and share your views with other dealers.