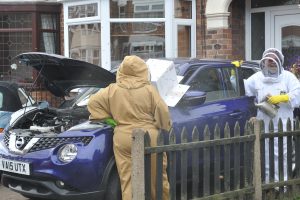 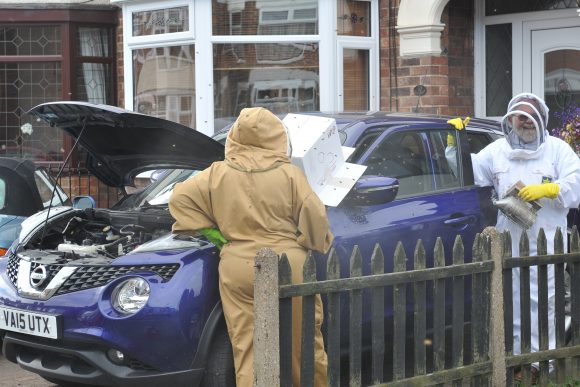 Nissan dealer helps customer with thousands of bees in her bonnet

A NISSAN dealer in Hull has been at the centre of a media buzz after helping a customer whose Juke became home to a colony of 20,000 bees.

Shirley Taylor, who lives in Hull, came home from an outing to discover that her blue 15-plate Nissan Juke — which she bought from Trenton Nissan in the city less than a year ago — had suddenly become a hive.

Newspapers and TV journalists ‘swarmed’ to her home to get a glimpse of the colony under the bonnet of the mini SUV, while staff at the dealership gave beekeepers information about how to clear it from intricate engine parts and wiring systems. 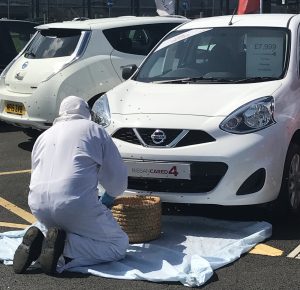 Andy Woodhall, Trenton’s director, said: ‘Once Shirley’s Nissan Juke is completely clear we want to give her some peace of mind, so we are going to give it a thorough final checkover, a full valet and a Supagard paint treatment as well.’

Taylor said: ‘Apparently the story of my car is everywhere and my friends are saying I’ve gone viral! But Trenton have been in touch and offered me a lot of peace of mind, so soon I shall be able to drive my car again.’

It’s unknown why the insects made a ‘beeline’ for her car but the infestation came just weeks after a similar incident at a Nissan dealership in Scotland.

Western Nissan in Edinburgh had to call in beekeepers to clear a colony from a Cared4 used Nissan Micra on its forecourt. A swarm of bees took up residence in the grille of the 17-plate Micra but they were cleared quickly. Sales manager Andrew Oag said: ‘I’ve certainly not seen anything like it before. It created quite a stir. Hopefully the bees have found a more suitable home now!’

Pictured at top: Beekeepers at work on the colony in the Juke