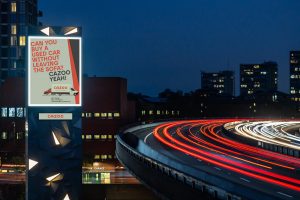 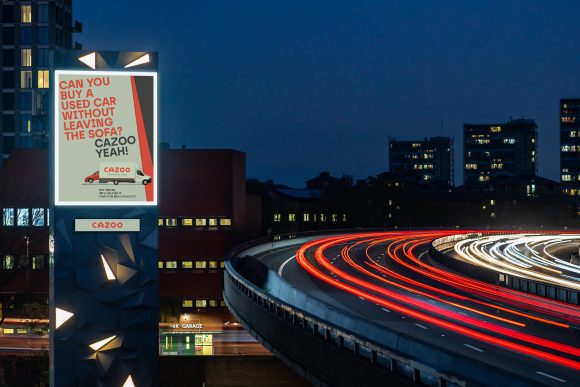 Cazoo made a loss of £19m in its first year of business, according to accounts filed at Companies House.

The used car dealer – which has attracted £450m of investment, valuing it at £2bn – posted the loss, but directors were comfortable the business was a ‘going concern’.

Naming CEO Alex Chesterman, the founder of Zoopla and Love Film; Fred Destin, a Carwow investor; chief financial officer Alex Gersh; and chairman of the Daily Mail and General Trust Lord Viscount Rothermere as directors, the accounts are made up for the year up to the end of December 2019.

They show the business made a total loss of £18,921,615 in the period – £4m attributed to marketing costs, £2m to selling and distribution expenses – and had revenue of just £1.1m.

The firm started selling cars at the end of last year.

In the report, Cazoo says: ‘The directors believe that Cazoo Limited is well positioned to continue in its aim to transform the way people buy used cars.

‘It provides better selection, value, quality and convenience to give our customers total peace of mind when buying a used car online.’

The accounts show that as of the end of December the company had a cash balance of £35m, net assets of £63m and undrawn stocking facilities of £38m.

‘Given the company’s performance in the first five months of 2020, its strong balance sheet and additional funding secured in March 2020, the directors believe that the business is able to continue to operate effectively for at least 12 months from the date of the report and remains a going concern,’ says the directors’ report.

It adds that the company took steps to mitigate the risks of Covid-19 and cut costs, placed staff on furlough and ‘adjusted discretionary marketing spend accordingly’.

The company did splash out on Imperial Car Supermarkets in July for an undisclosed sum, but this is not mentioned in the report as it is outside of the trading period concerned.

The company has since set about turning some of the sites into physical customer handover sites.

‘It is always expected that a business such as Cazoo will burn a significant sum of cash to gain market position and brand awareness.

‘The interesting accounts for me will be the next set when there is a much longer period of true trading and we can see whether this concept really is making the difference the potential valuation suggests.

‘They are causing a stir and with Cazam being launched in the next couple of weeks will need to keep moving at some pace as it’s becoming a popular area of the market.

‘Against all of this dealers are becoming very savvy on digital investment so plenty still to go at for everyone.’

Mike Jones, chairman of ASE Global and compiler of the Car Dealer Top 100 – our list of the most profitable dealers coming out this month – said the accounts give clues towards a future float.

He said: ‘While many within the industry will focus on the size of the loss and the small volume of transactions compared to the marketing noise, I believe that the attention Cazoo is gathering is good for the whole sector as it focuses investors on the huge profit potential in used cars.

‘The fact that the accounts have been prepared under IFRS clearly shows the future potential floatation aspirations of the business.

‘These accounts very much represent the start-up phase of the business, with £2.6m invested in the development of their online platform and before the acquisition of Imperial Car Supermarkets, however they see the costs incurred as Cazoo attempts to gain a foothold in the crowded used car market.’