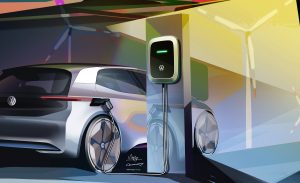 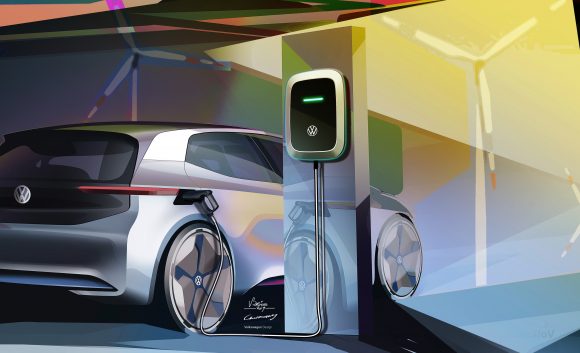 Order books for new Volkswagen ID hatchback to open in May

VOLKSWAGEN has announced that it will begin taking orders for its ID hatchback from May 8, ahead of its public debut at the Frankfurt Motor Show in September.

The plan was revealed by Volkswagen’s board member for sales, Jurgen Stackmann, at the company’s annual press conference. He said: ‘The first stage of this journey will get under way on May 8. That is when pre-booking for the ID starts.

‘Given the interest in the ID family shown by our dealers, I think it is possible that the launch edition will have already sold out before we unveil the ID in September.’

UK prices haven’t been revealed, though it’s been confirmed that in Europe, prices for the ID will begin from under 30,000 Euros. Different battery capacities will be available, with the largest capable of more than 340 miles on a single charge.

The company also confirmed the future map for the ID family. The hatchback will be followed by a fully electric SUV – based on the ID Crozz concept and rolling out a year after the hatch.

VW will then roll out a coupe-SUV in 2021, followed by the ID Buzz in 2022 – an electric recreation of the iconic VW Microbus.

The brand’s goal is to become the world’s number 1 producer of electric vehicles by 2025 – and sell more than a million electric units a year by this point. More than 20 further models across all VW’s brands are proposed to be built on the MEB electric platform.

To accommodate this, VW has announced it plans to increase investment in ‘future technologies’ to 19 billion Euros by 2023, an increase of 8 billion Euros over its original plans. This will be paid for by a reduction in material costs and stripping back its model ranges to include fewer variants.