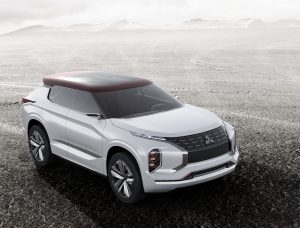 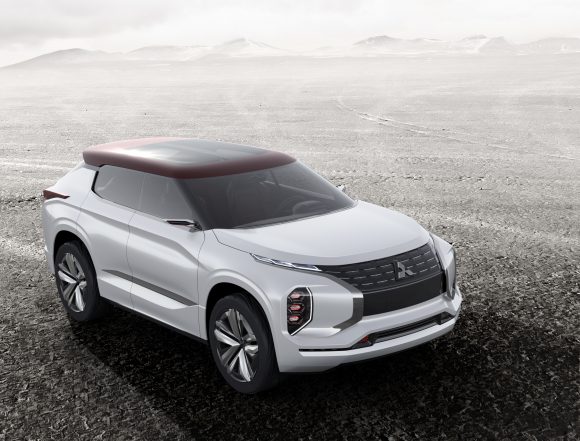 At the Paris Motor Show – where the firm unveiled the PHEV Ground Tourer Concept car which points towards the look of the next generation Outlander hybrid – Shiraji-san revealed the firm had now sold 1110,000 PHEVs worldwide.

‘To our great delight the Outlander was the best-selling PHEV in Europe last year and continues to be number one this year,’ he said.

He also revealed that the firm will soon launch a pure electric SUV with a range of 240 miles based on the eX Concept car.

He said: ‘Electric vehicle technology is evolving so fast. We will launch a pure electric SUV in the near future with a 400km range based on this concept car.’

He added that Mitsubishi believes demand for electric-powered SUVs will only continue to grow and that its model line-up will cater for this.

The Mitsubishi GT PHEV concept. Look it’s all twirly and everything https://t.co/y9nv1czrij

The new GT PHEV Grand Tourer concept, pictured at top and above, which debuted on the firm’s stand, is a possible look at what the next plug-in hybrid will look like from Mitsubishi. 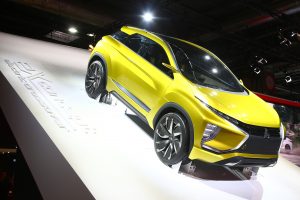 Shiraji-san said that with a 120km range and triple motor 4wd, it’s a car that can be enjoyed every day and mostly driven as a pure EV on a single drive. In total, the car will have a 1,000km range when driven on a combination of electric and engine drive.

On SuperUnleaded.com: Watch And See How Dull F1 Can Be…