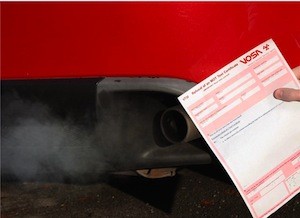 RECENT MOT test data shows that excess exhaust-emission levels account for more than a quarter of all MOT failures.

More surprisingly, 9.7 per cent of petrol cars tested failed to meet the required emissions standards, accounting for more than double the proportion of diesel-powered cars tested at 3.9 per cent.

These figures, released by Redex – the company that produces additive products to minimise engine emissions –are formed by data submitted to the Vehicle Operator and Services Agency by every MOT test facility in the UK.

Of these failures, more than a quarter at 3.78m, were attributed to emissions that exceeded permitted levels.

Research and development manager at Redex, Bruce Ellis, said: ‘There are a number of possible explanations for the marked difference in MOT emissions failure rates between petrol and diesel cars.

‘These include the different driving cycles that traditionally are undertaken. Namely, petrol cars are more likely than diesels to be chosen for frequent shorter, urban trips, whereas diesels are more likely to be chosen if the vehicle is to be commonly used for longer, motorway-based journeys. Also, diesels operate at lower engine speeds and are therefore a little less stressed than higher revving petrol motors.

‘But the most obvious explanation is likely to be the MOT test itself. Petrol cars are assessed for a high number of gases and hydrocarbons in the exhaust emissions, while diesels are tested only for smoke levels. This means that relatively speaking, diesels probably have an easier emissions test than petrol-engined cars.’