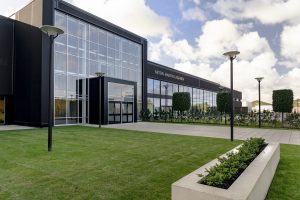 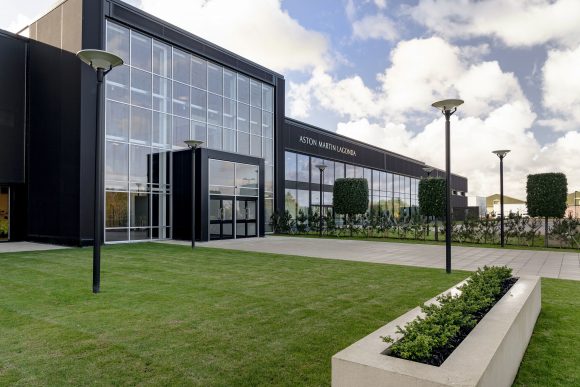 Up to 600 jobs will be created at the St Athan site next year, rising to 750 at peak production.

The 90-acre ex-Ministry of Defence base was announced as the second UK plant for Aston Martin Lagonda in early 2016 and since then the whole site, including three super-hangars, has been transformed into a manufacturing facility for the company’s hand-crafted British cars.

Aston Martin’s first SUV in its 106-year history will be built there. It hopes the £158,000 DBX will boost its flagging sales.

The first pre-production versions were made at the factory in June, with full production expected to launch in the second quarter of 2020. 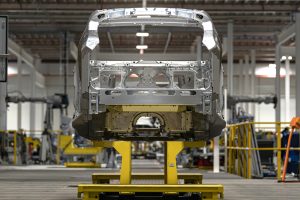 Aston Martin Lagonda president and group chief executive Andy Palmer described the opening of the facility as a ‘pivotal day’ for the company and a vote of confidence in the UK.

He said the factory was ‘integral to our ambitions as a global luxury brand with a presence in all major sectors of the market’, adding: ‘Our core business of producing beautiful, hand-crafted cars in England is now extended to Wales, which is extremely pertinent to us as a Great British company.’

Welsh first minister Mark Drakeford said: ‘Locating this world-class and globally recognised brand in St Athan is a huge vote of confidence in the Welsh workforce. It is an example of the Welsh government’s support and can-do attitude driving economic growth and creating jobs.

‘I look forward to the first made-in-Wales Aston Martins rolling off the production line next year.’

Aston Martin shares leapt more than 17 per cent yesterday after it was reported that billionaire Lawrence Stroll was preparing to bid for a stake in the company.

Last month, the firm swung to a £92.3m pre-tax loss for the past three quarters, while it warned on profits in July after it said it had too many unsold cars in dealerships.