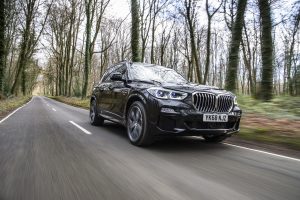 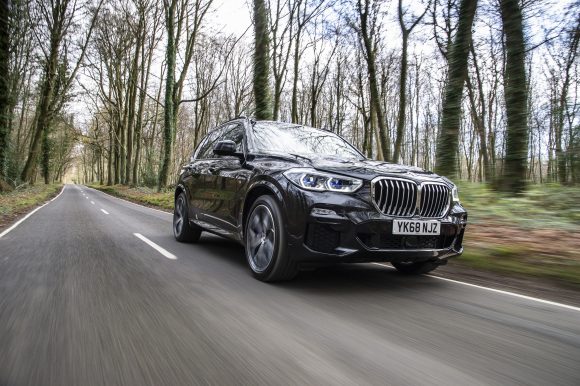 Lauren Farr, 34, conned Cwmbran company We Fight Any Claim for more than three years while working there as a senior executive and splashed out on a BMW X5 and holidays.

Jailing her for 32 months, Cardiff Crown Court heard the mother-of-two gambled around £1.5m through online sites, such as Paddy Power and Betfred.

Farr used her knowledge as a chartered accountant to hide the siphoning of money from the company into her own bank account.

We Fight Any Claim looks into miss-selling of payment protection insurance, including on car finance, mortgages and bank accounts.

The court heard that most of the money was spent on her gambling addiction but also heard that she used the cash to fund family holidays and buy a BMW X5 (like the one pictured).

She was eventually found out when bosses spotted that payments she had made had no corresponding matching invoices.

At first the company feared it had lost around £70,000 but investigations revealed the huge extent of her crimes.

When confronted, Farr admitted: ‘It was me.’

Alexander Greenwood, prosecuting, told the court: ‘She had been responsible for maintaining the purchase ledgers, paying creditors and reconciling accounts.

‘She attended a meeting at her workplace and she admitted she had stolen some £60,000 and she said she intended to fix it and pay it back without anybody knowing.

‘She claimed she had taken the money because she was an alcoholic and had a crazy gambling problem.’

‘Much of that money was used to make numerous online bets, including Paddy Power, Betfred and other betting companies,’ he said.

‘When asked why she had taken the money she said she was desperate.

‘She confirmed she would fabricate and falsify invoices from company suppliers. She would transfer the invoiced amounts from the company bank account into her own bank account.’

He added: ‘She was unable to elaborate why she started taking money from the company. She stated she was not in any financial trouble at that time.

‘She stated it had got out of control and she was gambling to try and win back the money.’

Farr started at the company in a junior admin position and over 13 years had worked her way up to become financial director earning £70,000.

The court heard that due to the fraud, the company had been forced to make employees redundant.

Farr, of Spring Grove, Cwmbran, Monmouthshire, previously admitted defrauding We Fight Any Claim out of £825,751.60 between March 2016 and October 2019.

Ieuan Bennett, defending, said Farr had suffered significant problems in her childhood which had impacted her adult life.

‘The defendant became addicted to gambling and there must have been some deep-rooted unhappiness in her life and it must have had some sort of therapeutic impact upon her,’ Mr Bennett said.

‘She was for many months gambling quite considerable sums, relatively secretly at home.’

Bennett said Farr’s husband was unaware of his wife’s gambling and only became aware of the size of the fraud recently.

Passing sentence, Deputy Circuit Judge Neil Bidder QC expressed concern at how Farr had been allowed to gamble so much online.

‘It is deeply concerning that this woman could have been allowed by the online gambling sites to have gambled quite this much money,’ he said.

‘You carried out a sophisticated and well concealed fraud, fabricating invoices, manipulating the accounts as you were capable of doing given your training.

‘You caused very substantial losses. It has had a substantial detrimental affect on the company and I am sure it has contributed to employees being made redundant.

‘This was a case where you started gambling from perhaps trivial and harmless ways and became addicted.

‘I have absolutely no doubt that your experiences in childhood and that fed into your character and led to you becoming a person who could become addicted to gambling.’

He added: ‘When you go to prison primary in your thoughts will be your children and that will an extra punishment for you and I take that very much into account.’