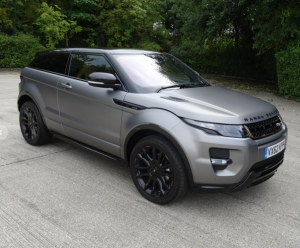 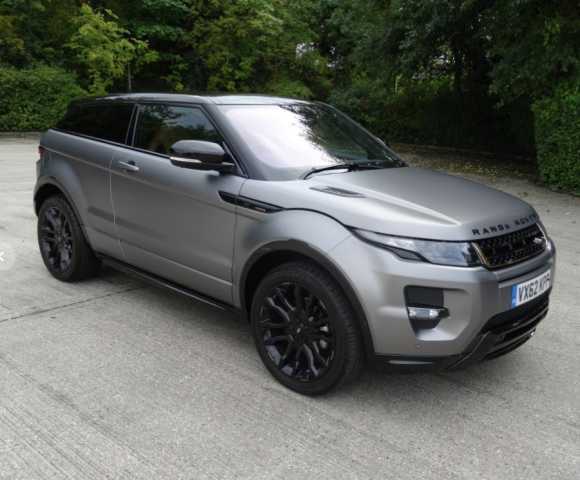 A SPECIAL Range Rover Evoque owned and designed by Victoria Beckham is for listed for sale on Auto Trader.

Having covered just 1,400 miles in three years, the Evoque is just one of 200 models ever made.

The car is being sold on Beckham’s behalf at Lookers Land Rover in Bishops Stortford, Hertfordshire.

The asking price for the luxurious Range Rover – which features beige leather seats and a 16-speaker sound system – began at £60,000 but has sine been cut to £55,000.

Nick Horwood, from Lookers, said: ‘We’ve had the car here a little while, maybe for a couple of months now.

‘My colleagues have already had a lot of calls about the car, but then there have only been 200 made.’

This Evoque features a matte grey paint job and is powered by a 2.0-litre turbocharged petrol engine, which powers it from standstill to 62mph in just 7.1 seconds.

Even the alloy wheels have been given the celebrity treatment, featuring rose gold tints. But the luxury doesn’t stop there, with even the owner’s manual coming in its own signed leather wallet.