Home > News > Reagan rises through the ranks at Greenhous 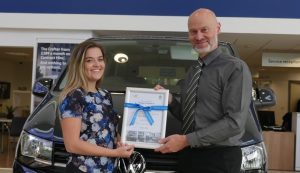 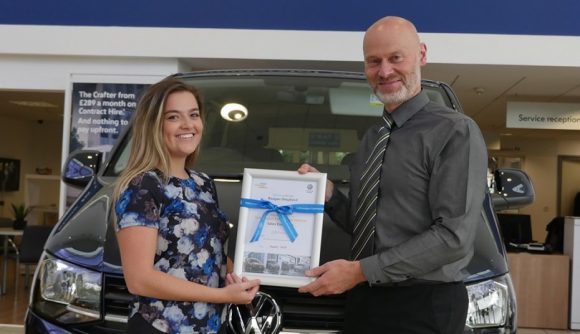 Reagan rises through the ranks at Greenhous

A GREENHOUS group employee has gone from apprentice to specialist in four years, having joined the firm in November 2014.

Reagan Shepherd became the finance and renewal specialist at Greenhous Volkswagen this September, having worked hard to ascend through the ranks at the group, whose VW work is dedicated to the German brand’s commercial vehicles range.

‘I achieved this by attending training courses at the VW National Learning Centre and completing online courses. This is a VW Group qualification and is transferable across the brands and worldwide.’

Reagan has clearly become a valued part of the Greenhous team. Earlier this year, her sales manager Jason Deeming said: ‘Reagan has been with our company since November 2014 when she started as a Trainee Sales Executive and graduated with honours through the 12 month VW trainee program in November 2015.

‘Then in 2016 an opportunity arose for a salesperson in our expanding fleet department and I had no hesitation offering Reagan the position, as from the moment I spoke to her she was telling me what she would do and how she would build on the existing customer database.

‘She has since done exactly what she has said she would do and handles a number of our key accounts and has significantly increased the amount of business we get. The only downside to Reagan being in this job is that I have lost her from the ‘shop floor’, but luckily we still share the same building so we always get to talk each day and I have regular updates on how her job is progressing (and regular laughs!).

‘It’s fantastic to see Reagan ‘grow’ and progress each year and for her to still do it with a smile on her face. She is always full of enthusiasm and customers absolutely love her and her energy. She always treats customers the way she wants to be treated herself.’