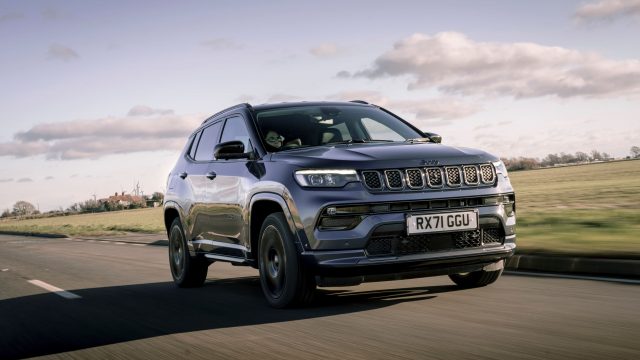 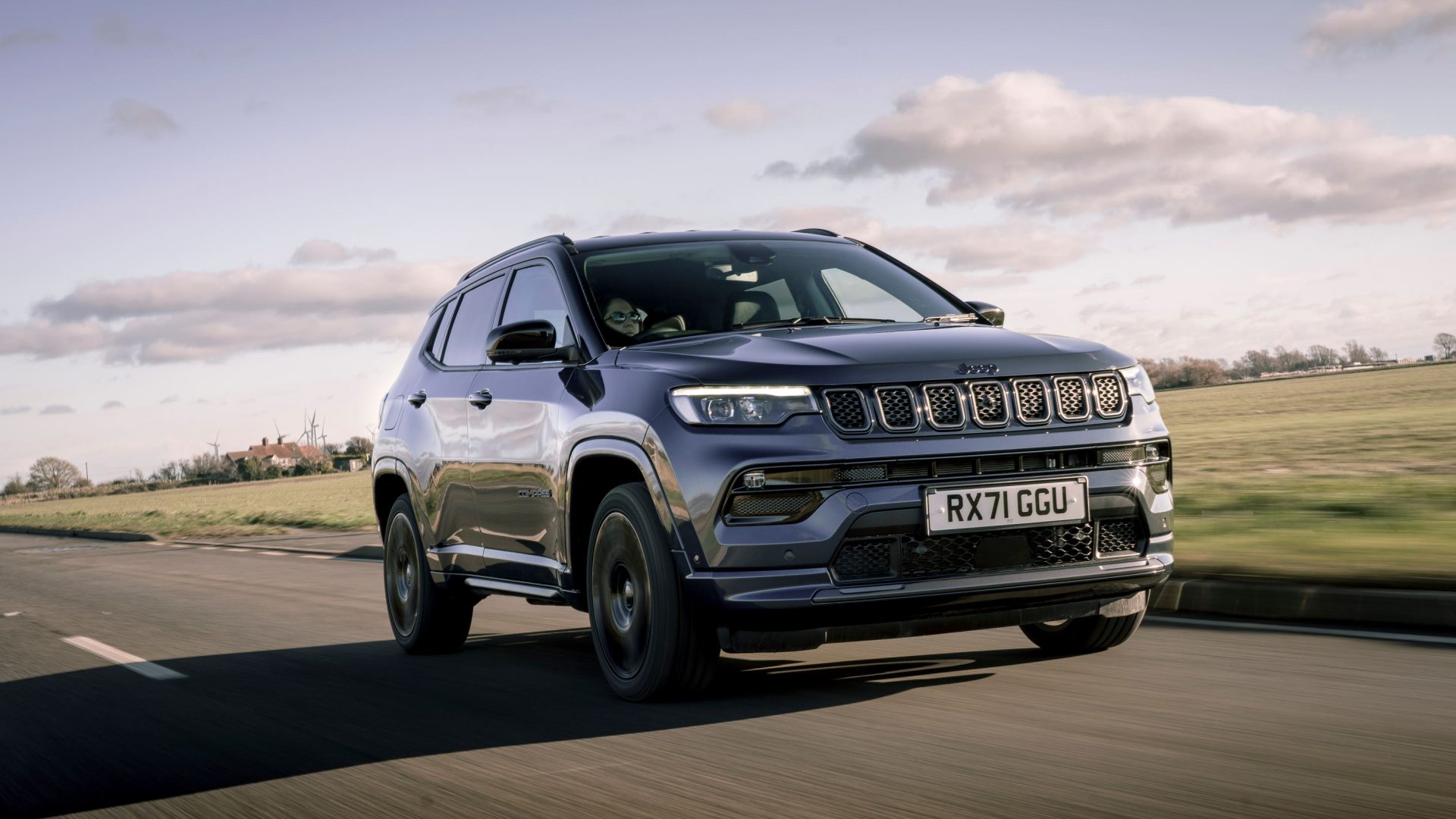 As governments around the world move towards greener motoring, it is only natural that even the most traditional of manufacturers look to adapt their powertrains for a more sustainable future.

The new Compass, which sits between the smaller Renegade and the larger Cherokee in the Jeep range, is the latest to follow that pattern.

Newly updated, the model sees the debut of Jeep’s 4xe plug-in hybrid system in the Compass.

There is also a new facelifted interior and exterior alongside updated technology, but is that enough for it to beat off strong competition from the likes of Volkswagen’s Tiguan and the Hyundai Tucson?

We sent our man Jack Williams to find out. Here is what he had to say…

The biggest change from the old Compass centres around the brand-new hybrid powertrain. However, the rest of the car has been freshened up too. The exterior gains new LED headlamps and a lower fascia while inside there is a bundle of the latest technology and a comfortable interior.

Unlike several of its rivals, practicality has not taken too much of a hit with the fitment of a hybrid powertrain either. Inside there is more interior storage than the outgoing model, while boot space stands at 438 litres – slightly less than the 476 you get in the VW Tiguan eHybrid. 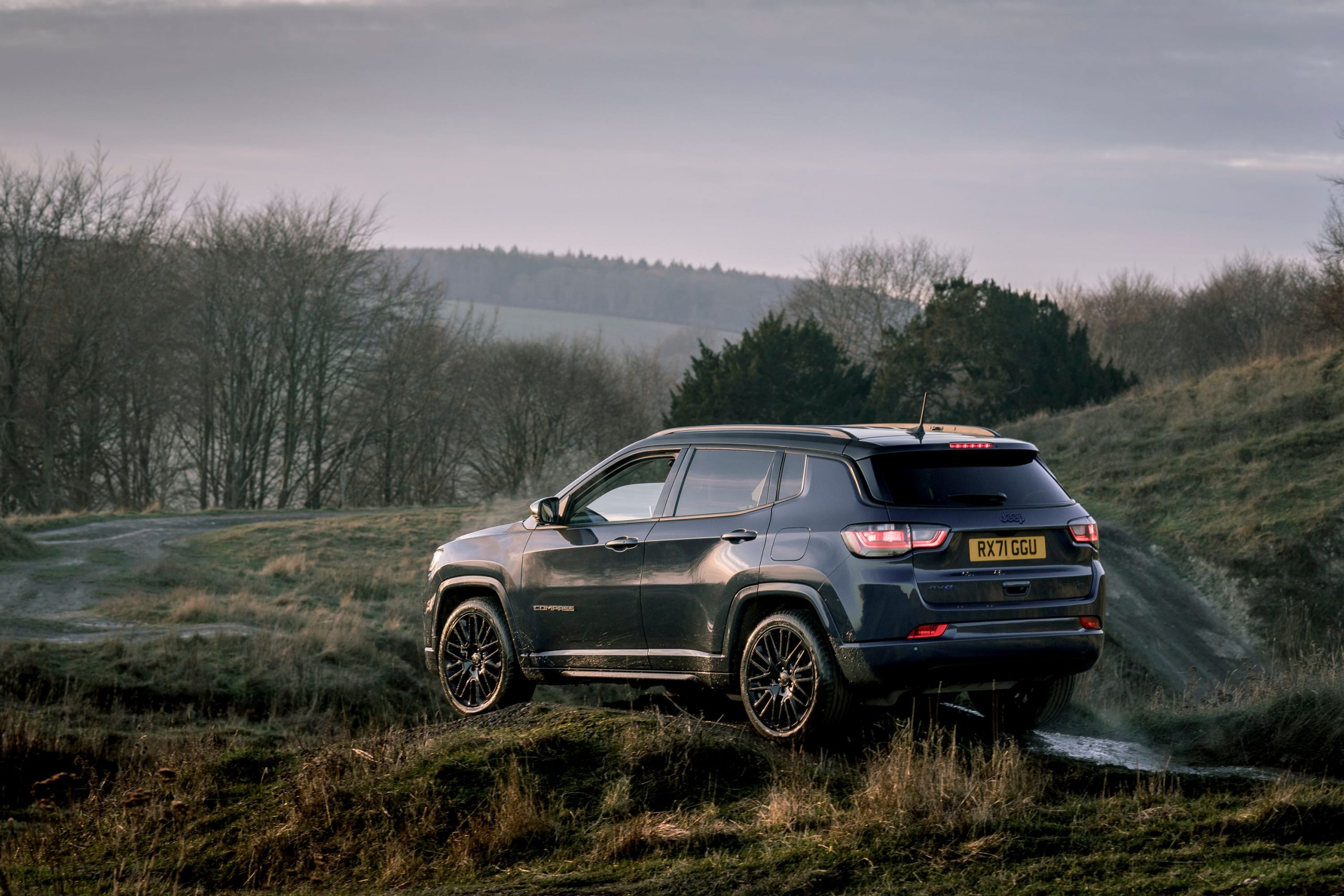 The entry-level Nighteagle model, starting £29,895 is powered by a conventional 1.3-litre four-cylinder turbo petrol engine, generating 129bhp and linked to a six-speed manual gearbox. As you move up the range, the set up is also used by the slightly more luxurious Limited, which costs £30,895.

The more expensive Trailhawk (£39,895) and S (£40,895) models are both four-wheel-drive PHEVs with a more powerful 178bhp version of the same engine. It has been teamed with an electric motor, which is mounted in the rear axle and powered by an 11.4kWh battery for a total of 237bhp. The models have a claimed electric-only range of up to 30 miles. Both the Trailhawk and the S have the same six-speed automatic gearbox. 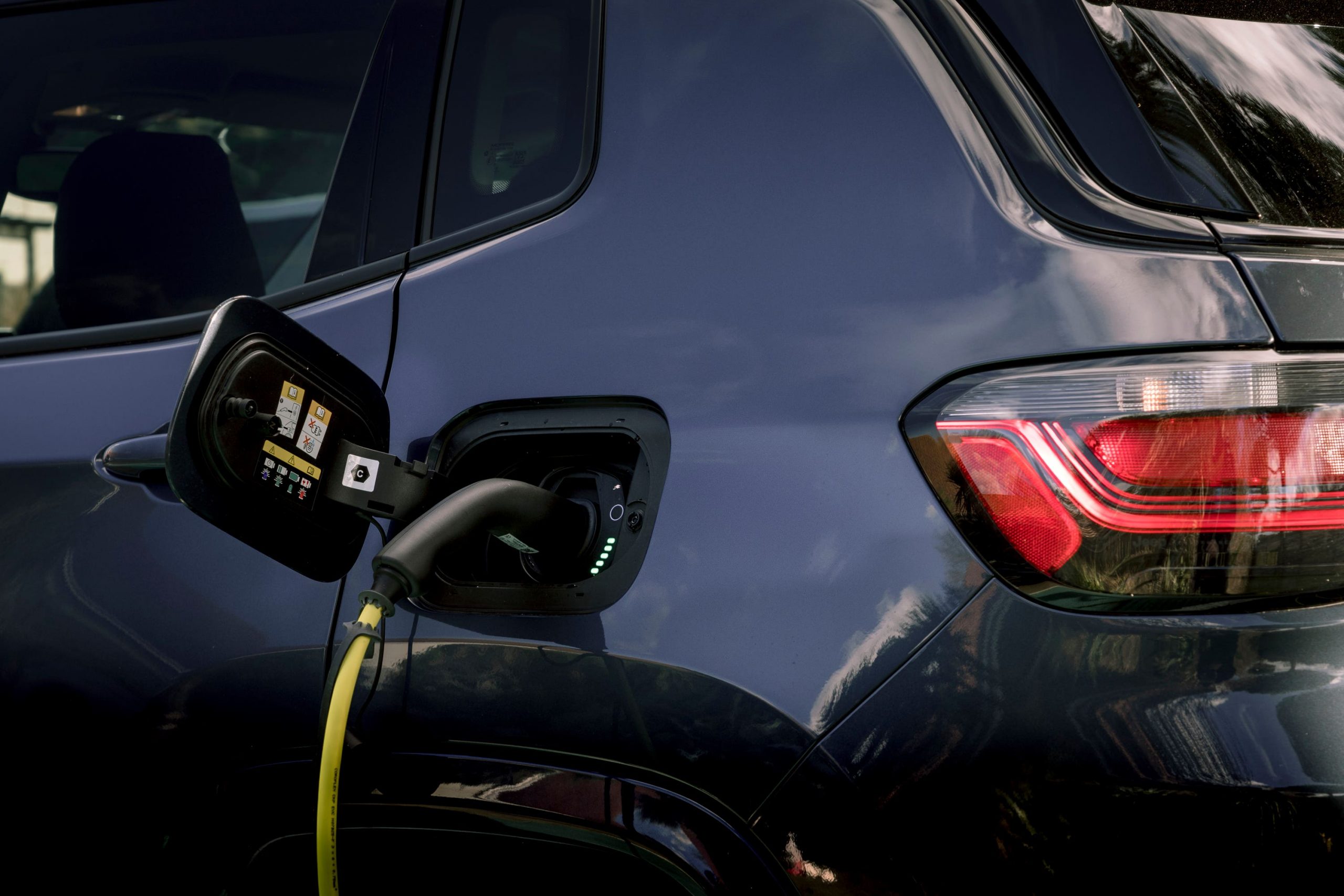 On the road, the Compass feels smooth and comfortable and the S model that we were driving gave a decent account of itself over the test route mapped out for us. It has a quoted 0-60mph time of 7.5 seconds but, in truth, the car never really feels particularly fast. One minor gripe is that when putting your foot down you are met by a lot of engine noise without a great deal of forward movement, which isn’t helped by a somewhat lethargic feeling gearbox. This is largely rectified by putting the car into sport mode when it feels a lot more responsive. 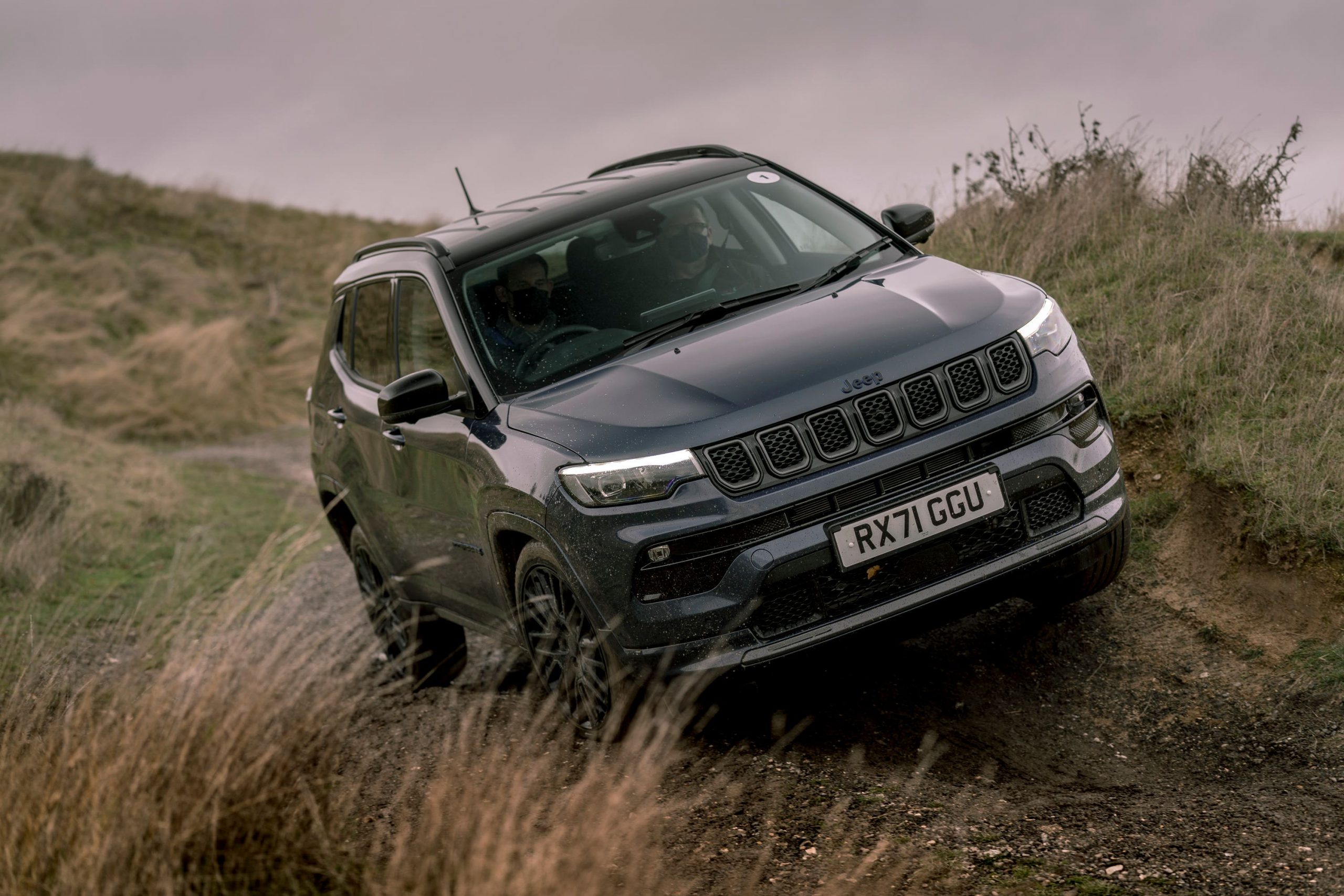 The Compass has been given a facelift for this new model and it looks all the better for it. The front end has received full LED headlamps, a revised lower fascia and new wheels. Our S model was complete with 19-inch glossy alloys, two-tone paintwork painted lower bumpers and sills with a grey insert.

The upgrades give the car a much crisper look which is also helped in part by gloss black badging. At the front end, the Compass retains the instantly recognisable Jeep grille to round off what is a very good-looking SUV.

The interior of the Compass has a level of style and sophistication that was not seen on the outgoing model. Our test car had a full black leather interior which felt both spacious and comfortable. The driving position is high and offers good visibility of the road ahead. The technology was smartly presented and easy to use, especially the 10.1-inch screen in the centre of the dashboard.

The dash itself is surrounded by a brand-new chrome insert, which can also be customised in liquid chrome, brushed chrome, gloss black and metallic grey. The new Compass also boasts an impressive 7.2 litres of storage compartment space – a three-fold increase versus the 2.8-litres of the previous version. The cabin itself still feels spacious, despite boot space taking a hit compared to some of its rivals. 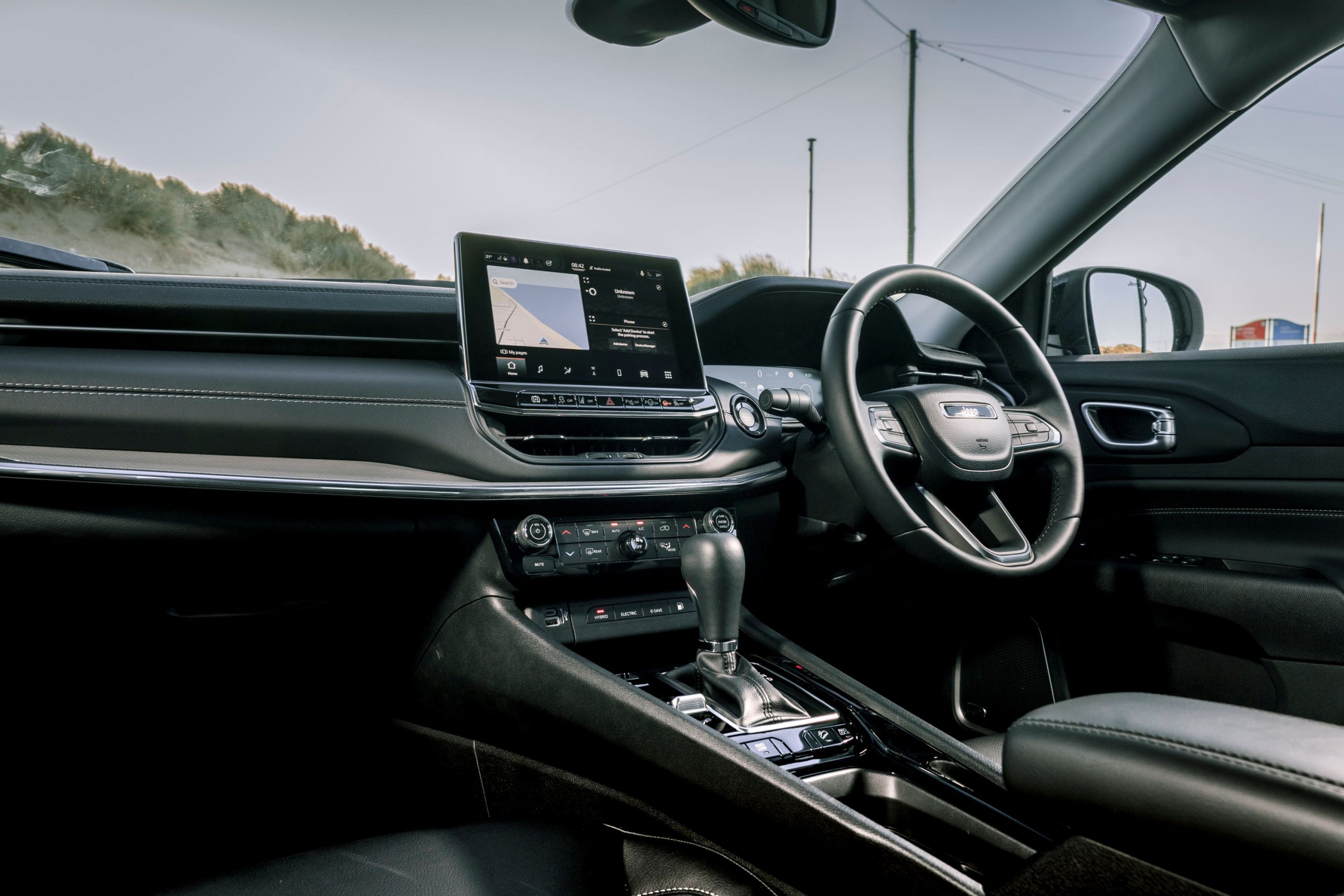 In terms of tech, the new Compass is a world away from the outgoing car. Drivers benefit from both Apple CarPlay and Android Auto, while the Compass also offers wireless phone charging, an electrically adjustable driver’s seat, heated seats, adapted cruise control and keyless entry as standard. Highlights include a full-HD digital 10.25-inch instrument cluster, DAB radio and a 10.1-inch touchscreen, moved to a higher position in the middle of the dashboard.

There is also a TomTom-powered sat-nav and advanced voice recognition which can be activated by saying the words ‘hey Jeep’ – although it did take a few different voices to spark it into life! 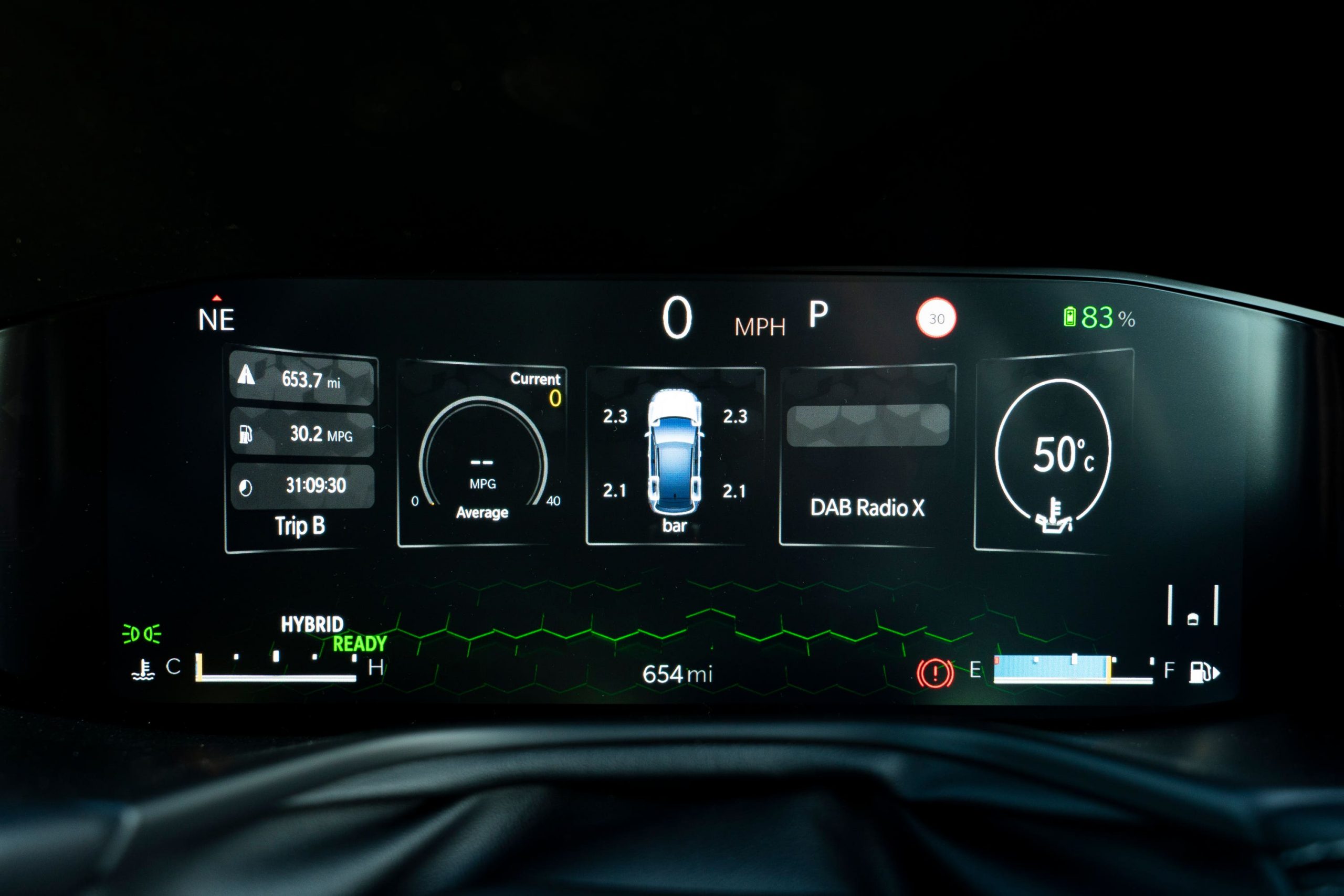 Overall the new Compass is a very welcome entrant into what is admittedly a rather crowded market space. Jeep goes out of its way to try and make it stand out and with its distinctive looks and quality interior, it has done a good job.

The model also offers a good level of equipment for the price. While there are a few drawbacks on the road, the ride is largely comfortable and it would easily conquer longer journeys. Off-road it excelled and has capabilities well beyond what most buyers will use it for. The 30-mile electric-only range is more than enough for most short journeys and will certainly appeal to city buyers.