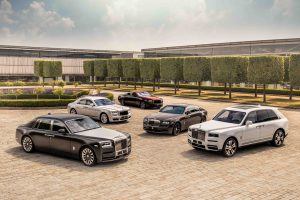 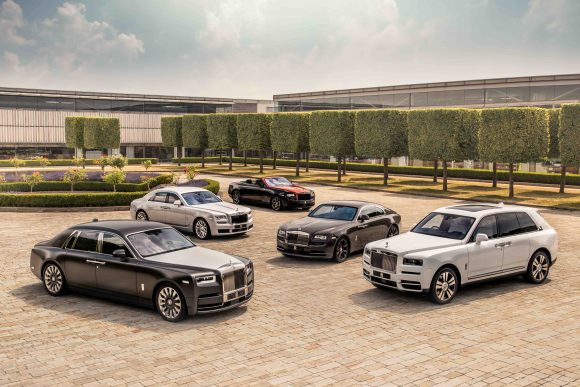 Rolls-Royce will be the first British manufacturer to get back to full production on May 4 with 1,000 workers at its West Sussex factory.

Alongside the luxury cars, workers will continue to make PPE for the NHS, which has included face visors and gowns.

Rolls-Royce has been delivering the safety equipment to the NHS during the lockdown in a fleet of supercars – one hospital in London had five turn up at once with much-needed supplies.

The fleet of cars has also been assisting the NHS, voluntary groups and vulnerable people in Chichester to help deliver supplies.

Now the British manufacturer has confirmed it will be back to full production on May 4, the first factory in the UK to resume car manufacturing to 100 per cent.

It comes as demand in China ramps up, with the maker reporting seeing green shoots of recovery there.

Rolls-Royce said factory workers are going back to work with their full agreement after consultations with worker representatives and unions.

They will be supplied with PPE to wear including masks, will be required to increase hand-washing, and social distancing has been implemented across the factory floor.

No guests will be allowed on the site near Chichester.

Rolls-Royce CEO Torsten Müller-Ötvös said: ‘Production at the home of Rolls-Royce is recommencing on May 4.

‘We’ve taken this decision because we are receiving orders from our customers and we are heeding the British government’s call to resume production and support the British economy.

‘The last few weeks have been spent intensively preparing our plant to ensure the health and safety of our staff in compliance with Public Health England requirements. We are deeply grateful for the overwhelming positivity and co-operation of our staff as they return to work.’