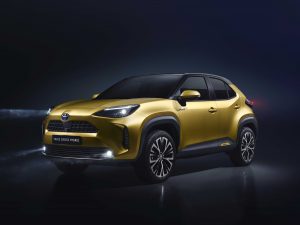 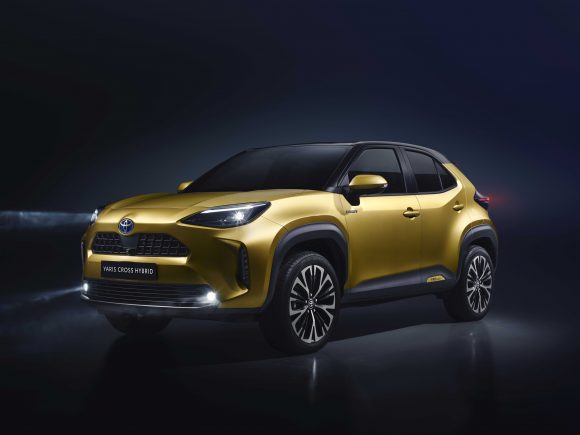 Toyota has entered the compact SUV segment with the Yaris Cross – revealed to the press yesterday in an online presentation.

Built in France, the Yaris Cross aims to blend SUV styling with a more compact design than a traditional four-wheel-drive vehicle.

A hybrid, the Yaris Cross combines a 1.5-litre, three-cylinder petrol engine with an electric motor and batteries. Toyota expects to produce 150,000 a year.

Misrepresented bonuses and fraudulent expenses will result in Lookers posting a one-off cash charge of £4m in its 2019 results.

The car dealership group announced in March that it had identified ‘potential fraudulent transactions’ in one of its operating divisions and delayed publishing its results.

In an update to the Stock Market this morning it said the investigation has found that some debtor balances in respect of bonuses had been misrepresented, as well as some fraudulent expense claims. Read the full story here.

Firms have applied for 3.2m workers to be furloughed since the start of the coronavirus outbreak, HMRC has revealed.

It said that 435,000 applications have been made to the government’s job retention scheme since it opened on Monday.

Around £3.75bn worth of applications had been made up to midnight on Wednesday, the cut off for payments to reach firms in time for April’s payroll at the end of the month.

The FCA has revealed its plan to give car finance customers a three-month payment holiday will be introduced today (April 24).

The temporary measures are designed to give relief to anyone suffering difficulties paying for their car during the coronavirus crisis. The proposals were announced last week and come into force today. Read the full story here.

A Porsche 911 Speedster that was the final 991-generation model to roll off the production line has helped to raise $1m (£810k) for coronavirus relief.

Porsche Cars North America (PCNA) then matched the bid to double the donation. The money will be donated to United Way Worldwide to aid its Covid-19 work in America.

More than £2.8bn has been handed to smaller businesses in the last week under a government-backed loan scheme to help them weather the pandemic.

It marks a doubling of the total amount, and a big jump in the number of processed loans.

Businesses have sent more than 36,000 applications to lenders so far and the banks have approved 16,624 to date. 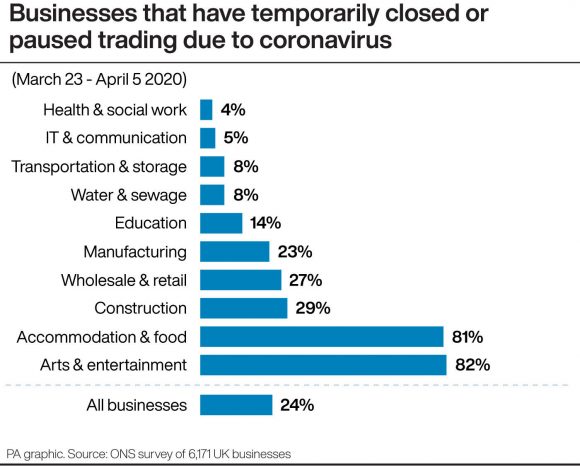 Car giant Jaguar Land Rover is to gradually resume production at two of its UK plants from May 18 amid ‘robust’ guidelines to support a return to work.

The move follows an announcement by Aston Martin that it will reopen its South Wales factory on May 5.

JLR said around a quarter of the workforce will resume in Solihull, West Midlands, and at its engine plant in Wolverhampton. The company halted all production last month and has furloughed half its workforce, topping up pay to 100 per cent.

Early indications suggest we could be living through the worst economic slump for several centuries, according to a member of the Bank of England’s rate-setting committee.

Economist Gertjan Vlieghe, who sits on the central Bank’s Monetary Policy Committee (MPC), said that the impact from Covid-19 was dramatically hitting some sectors over others in ways never seen before.

He added: ‘The economy’s potential is severely disrupted at the moment but, once the pandemic is over, and other things equal, in principle it should return approximately to the pre-virus trajectory.’

A new electric estate from MG will go on sale in the UK this year once dealerships fully reopen.

No details regarding the pricing and specification have yet been released, but it is expected to be an updated version of the China-market Roewe Ei5.

Daniel Gregorious, head of sales and marketing at MG Motor UK, told Automotive News Europe that the car will go on sale once pandemic restrictions are lifted, with first deliveries expected in the fourth quarter of 2020.

The UK economy is set to shrink at an unprecedented rate after business activity this month dived at the fastest pace on record due.

Manufacturing and services activity sank at a rate which exceeded the downturn seen at the height of the global financial crisis ‘by a wide margin’, the survey said.

It revealed that 81 per cent of services companies reported a fall in business during the fortnight from April 7 to April 21, while 75 per cent of manufacturing firms saw a decline.

Extra support is needed to save companies

A new wave of support is needed to stave off company closures and job losses, a leading business group has said.

Around £6n in grants from local authorities have reached small businesses and the Job Retention Scheme has safeguarded nearly three million jobs, said the CBI. But it added that its latest survey highlighted the need to re-examine what more can be done.

Nearly half of people say speeding has increased during lockdown

Nearly half of people have witnessed an increase in drivers breaking the speed limit during the lockdown.

Some 44 per cent of respondents to an RAC poll said they have seen more motorists speeding now. Roads with 30mph limits appear to be the most abused, with 23 per cent of the 2,020 people questioned saying they have seen drivers clearly going too fast.

Seat has said it will perform tests for coronavirus on 15,000 employees in Spain.

The first company in the country to implement such a measure, Seat will carry out 3,000 weekly tests on production staff at the firm’s Martorell and Barcelona sites. It will also commence testing at its components and spare parts centres.