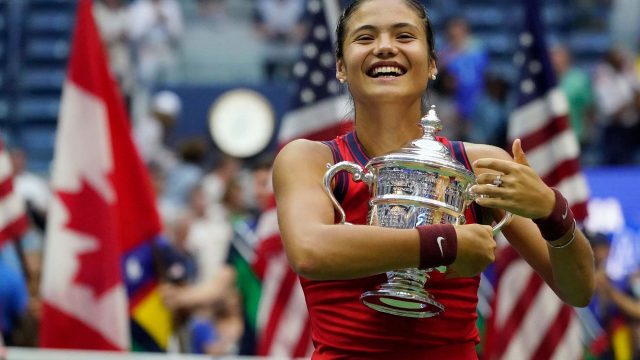 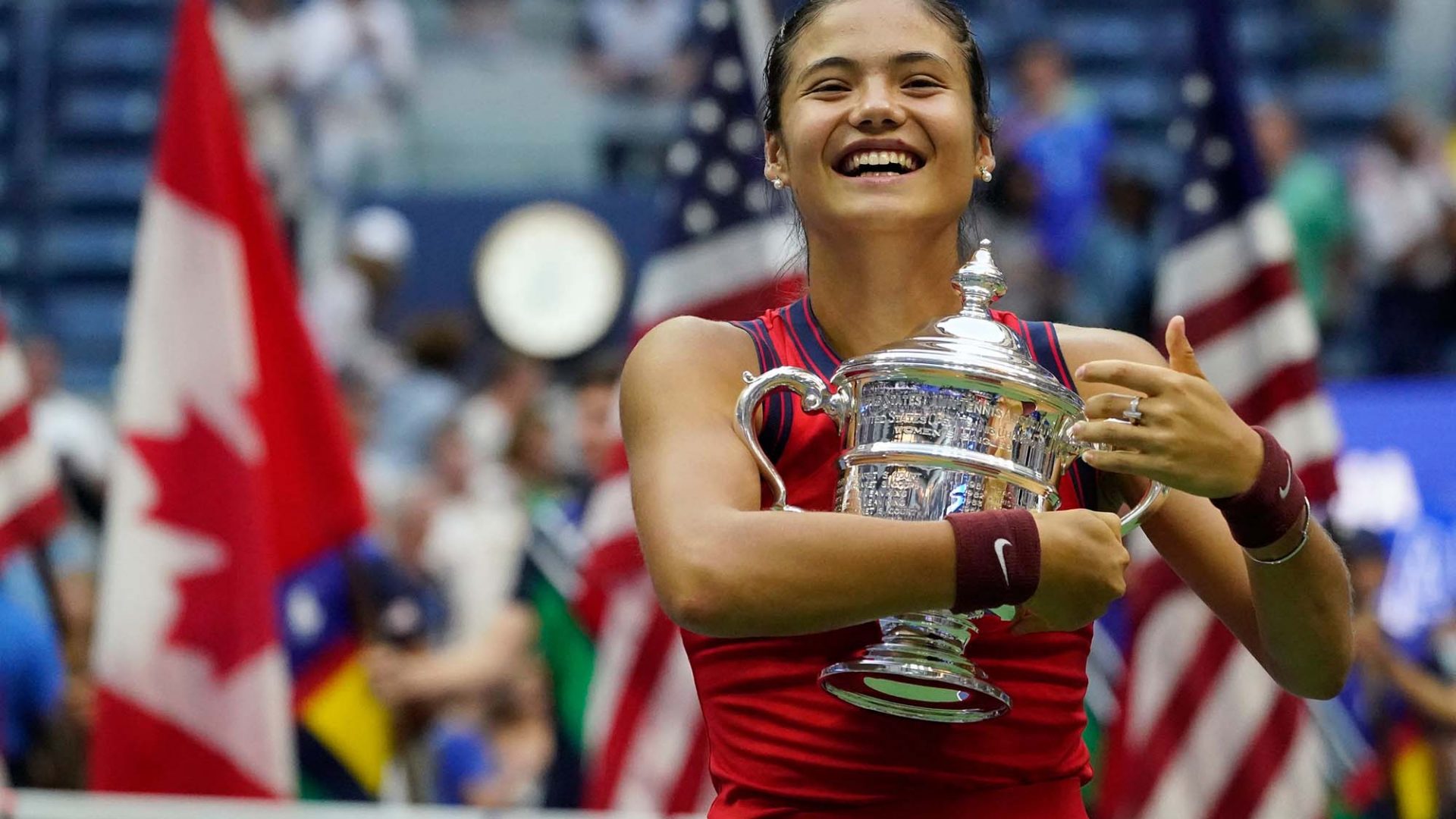 The 18-year-old, who won Saturday’s US Open final against Leylah Fernandez in straight sets 6-4 6-3, was praised for her ‘poise and guts’ during the historic match.

'I have no doubt your outstanding performance, and that of your opponent Leylah Fernandez, will inspire the next generation of tennis players.'

The British-Canadian is the first qualifier to win a grand slam, and her victory comes just three months after she took her A-levels. Raducanu has played at Parklangley Club in Beckenham, south-east London, from the age of six, and the viewing party was crammed with her friends and admirers.

What a sensational match! Huge congratulations to @EmmaRaducanu 🇬🇧

You showed extraordinary skill, poise and guts and we are all hugely proud of you.#USOpen

Almost one in five consumers have been blocked from paying with cash in recent months as lockdown rules have eased,

That’s according to consumer group Which? after it carried out two separate surveys – one via phone and the other online – covering more than 3,000 people in total, to gauge their experience of payments.

Nearly a fifth (18 per cent) of people in the phone survey reported being unable to pay with cash at least once when trying to make purchases between April and July, as coronavirus restrictions were gradually being lifted. Of those who experienced cash refusal, one in six (16 per cent) were then unable to pay for an item.

Scotland has overtaken London as the fastest-moving market for million-pound properties as ‘millionaire movers’ swap their city commutes for more rural retreats, according to Rightmove.

Top-end homes in Scotland are finding a buyer in 61 days on average – 25 days faster than before the coronavirus pandemic when it took 86 days, the website said.

The analysis compared the year before the pandemic with the year since the housing market reopened. Over the past year, million-pound homes in London have taken an average of 67 days to find a buyer, versus a pre-pandemic average of 85 days. 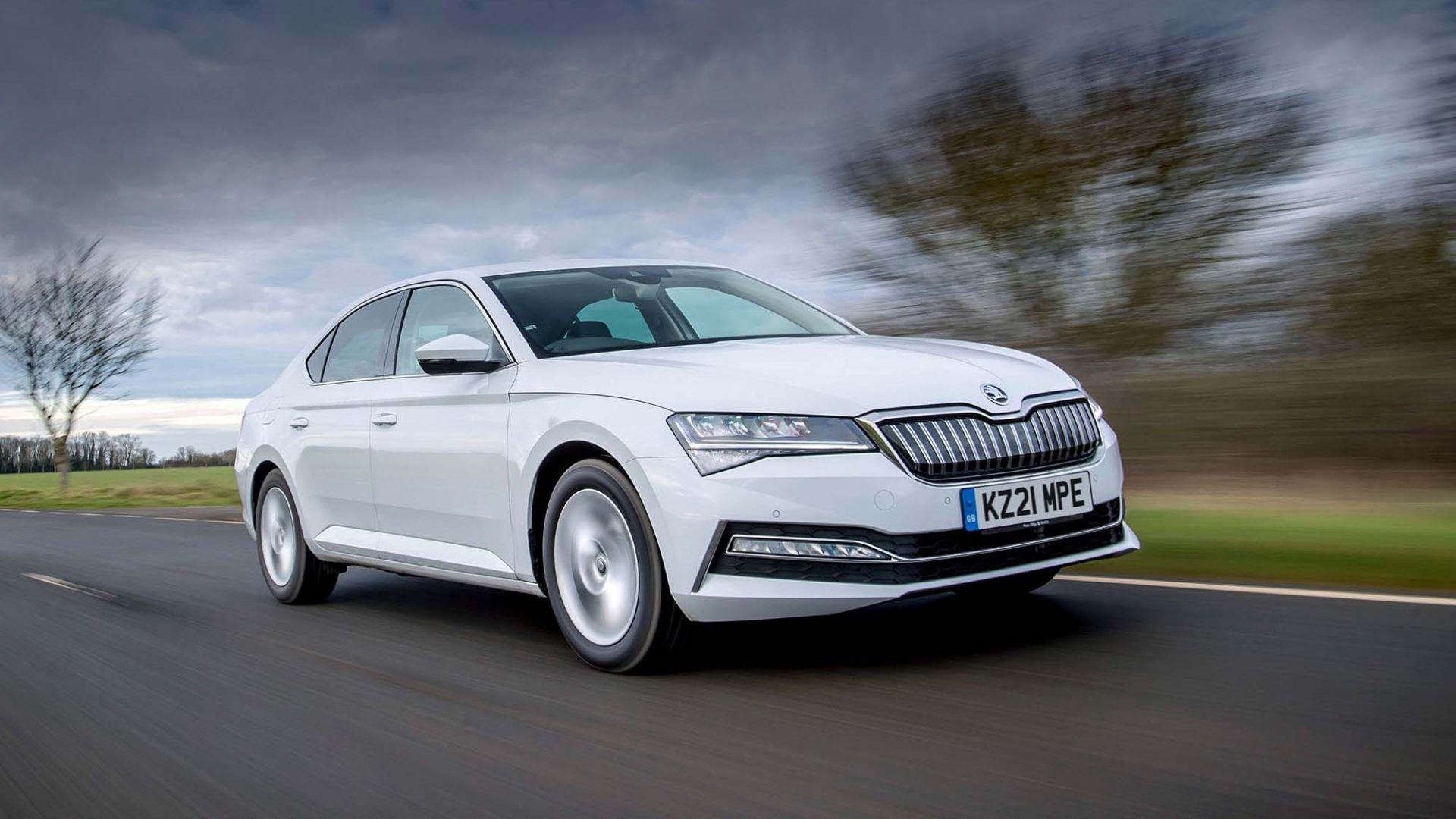 The saloon – boasting a spacious interior, powerful yet economical engines and numerous safety and comfort features – made its debut at the Frankfurt Motor Show on September 11, 2001.

Production began at the Kvasiny plant on October 1 that year after the site had been fully modernised at a cost of 200 million euros, with Skoda going on to deliver some 1.5 million units. The Superb is now in its third iteration.

UK faces ‘winter of discontent’ in wake of Brexit

The UK is facing a ‘winter of discontent’ after the Tories pushed ahead with Brexit, taking Britain out of the European Union, Scotland’s deputy first minister will warn today.

With supermarkets having already experienced issues with shortages, John Swinney will argue that such problems show how ‘Westminster isn’t working’.

He will use his speech to the third day of the SNP’s online national conference to hit out at the ‘muscular unionism’ of Boris Johnson’s Conservative government – adding that the prime minister and his colleagues simply ‘do not have the brains to match the brawn’.

Labour has accused the home secretary of being ‘reckless’ and a ‘serial offender’ in breaching the ministerial code after allegations she brokered a meeting between a billionaire Tory donor and British Airways.

The Sunday Mirror reported that Priti Patel arranged a meeting on August 11 at Heathrow Airport’s Hilton Garden Inn, which is part of a chain owned by Tory donor Surinder Arora.

The founder and chairman of the Arora Group was at the meeting with son and Arora strategy director Sanjay, Arora chief financial officer Carlton Brown, Dubai Airports chief executive Paul Griffiths and BA corporate affairs director Lisa Tremble. However, the newspaper said there was no Home Office official, as rules would dictate there should be if government business is discussed. It is understood Patel considered it a private meeting and the lunch was declared to her private office.

Boris Johnson is due to set out the government’s plan to tackle coronavirus over the coming months, with a reluctance to impose further lockdowns and a focus on vaccination.

The prime minister will host a press conference this week, as a decision is expected on how to roll out a booster jab programme.

He is expected to say vaccines will continue to be the first line of defence over the autumn and winter – a high-risk time for coronavirus as other respiratory illnesses circulate.

It’ll be mostly dry and fine today with some sunshine, especially in the south-east of England, says BBC Weather. However, parts of south-west England and Wales will experience rain this afternoon, becoming more widespread in Wales tonight and possibly spreading further into northern England.

Monday will see outbreaks of rain in the south and west of England, while Scotland and Northern Ireland will enjoy a sunny start, becoming cloudy later along with some isolated showers.