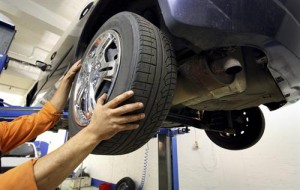 NEW research has revealed that a fifth (20 per cent) of car owners have skipped their car’s service or other maintenance and repairs over the last 12 months.

Moreover, the study carried out for Kwik Fit revealed that many of these seven million drivers are well aware that their neglect will prove more costly in the long run.

Almost half (45 per cent) of those neglecting their car’s servicing or maintenance said that they would be spending more as a result of the delays, with the additional bill for drivers totalling £153.9 million.

Londoners are more likely to have skipped maintenance than car owners anywhere else in the UK, with a third (33 per cent) having done so in the past 12 months.  The most common reason given by London car owners for skipping maintenance or repairs is because they were planning to sell the car.

Older drivers also have a greater appreciation of the cost of delaying work.  Those over 65 who have skipped on servicing believe the delays add an average of £101.44 to their eventual bill, while those under 24 think the additional cost is only £41.

Across the UK as a whole, financial constraints are the most common reason cited by car owners for skipping servicing, followed by driving fewer miles.

A Kwik Fit spokesman said: ‘Delaying servicing or maintenance often ends up hitting drivers with a bigger bill in the long run.  We are sure that car owners could have put that £150 million, which was needlessly spent, to much better use.

‘The old adage of a stitch in time saves nine remains as true today as when our grandmothers first told it to us as children.’