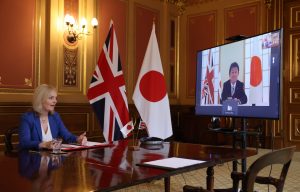 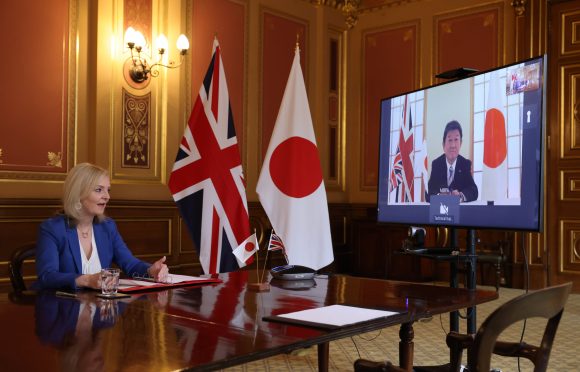 The Society of Motor Manufacturers today (Sep 11) welcomed a post-Brexit trade deal signed with Japan that is estimated to boost trade by £15bn.

It’s the first major post-Brexit agreement secured by the UK, with international trade secretary Liz Truss making a specific reference to automotive workers as she called the agreement a ‘historic moment’ for the two countries that would mean ‘new wins’ for British firms.

The UK-Japan Comprehensive Economic Partnership Agreement was agreed in principle by Truss and Japan’s foreign minister Toshimitsu Motegi in a video call this morning.

‘This agreement should help foster a mutually beneficial automotive trade and investment relationship between the two countries, building on a shared automotive history that stretches back more than 40 years.

‘While we await the full terms of the agreement and, in particular, evidence that it will deliver in full on industry’s priorities for the progressive lifting of tariffs and reduction of regulatory barriers, the conclusion of such an FTA represents a significant milestone for our industries.’

He did sound a note of caution, though, adding: ‘We hope the deal can be ratified swiftly but, for both sides to benefit fully, we still need to urgently complete an ambitious and tariff-free UK-EU deal – and time is rapidly running out.’

The government has said the deal meant benefits beyond the EU-Japan trade deal and would give UK companies that were exporting to Japan a competitive advantage.

Ninety-nine per cent of exports to Japan will benefit from tariff-free trade.

Truss said: ‘This is a historic moment for the UK and Japan as our first major post-Brexit trade deal.

“The agreement we have negotiated – in record time and in challenging circumstances – goes far beyond the existing EU deal, as it secures new wins for British businesses in our great manufacturing, food and drink, and tech industries.

‘From our automotive workers in Wales to our shoemakers in the north of England, this deal will help build back better as we create new opportunities for people throughout the whole of the UK and help level up our country.’

She added: ‘Strategically, the deal is an important step towards joining the Trans-Pacific Partnership and placing Britain at the centre of a network of modern free trade agreements with like-minded friends and allies.’