Home > News > Spectacular sculpture unveiled at the Festival of Speed 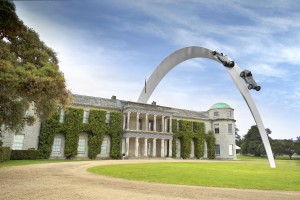 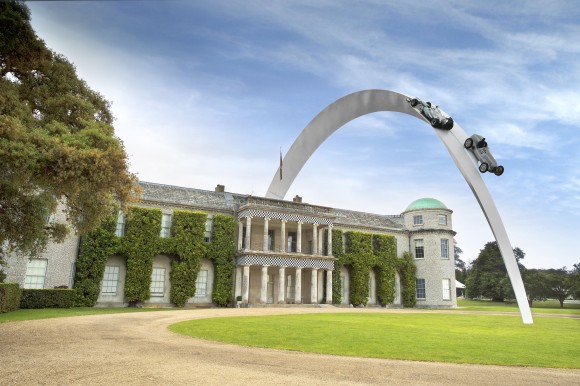 Spectacular sculpture unveiled at the Festival of Speed

THE central feature at the 2014 Goodwood Festival of Speed – a sculpture soaring 26 metres over Goodwood House, weighing 160 tonnes and measuring almost 50 metres in length – has been unveiled in spectacular style.

Created by artistic genius Gerry Judah, the sculpture is the most complex and ambitious yet conceived and is designed to be celebration of 120 years of motorsport heritage by Mercedes-Benz and its founding fathers.

Swooping over Goodwood House, the curve tested the artistic and engineering ingenuity of the team of specialists assigned to making Judah’s concept a reality.

Two cars spanning 80 years form an integral part of the sculpture – a replica of the 1934 Mercedes-Benz W 25 Silver Arrow, like that raced by Manfred von Brauchitsch to victory ‘first time out’ at the Nürburgring Nordschleife; and a Mercedes AMG Petronas F1 W04, the same chassis raced by Lewis Hamilton in 15 Grands Prix in 2013.

The car forms a special part of recent racing history, having taken Lewis Hamilton to five pole positions, and to victory at the Hungarian Grand Prix.

Festival founder and organiser Lord March added: ‘This year’s central feature is the most architecturally and artistically challenging sculpture that we’ve ever had at Goodwood and it’s a testament to the out-of-the-box thinking of Gerry Judah, which is very much aligned with our philosophy of constant innovation around the Festival of Speed.  The result is truly spectacular.’