Home > News > Stellantis: What is it? Which brands does it have? And what does it mean for customers and dealers?

It’s probably a name you’ve heard a lot about in the past few months, particularly in the last few days, but what actually is it and what does it mean to both customers and dealers?

The creation of Stellantis on January 16 creates the fourth-largest car company in the world and brings together some of the car industry’s most famous brands under one roof.

Here we take a look in detail what it all means.

Simply, it’s a new company that’s been formed by the merger of Groupe PSA and Fiat Chrysler Automobiles (FCA), with the new firm electing to go for a name rather than another collection of acronyms.

While Stellantis is certainly an odd name – apparently comes from the Latin verb ‘stello’ which means ‘to brighten with stars’ – it’s certainly better than FCAPSA or some other creation.

While it’s distinctive, there are no plans to have the Stellantis name featured on any of the company’s products. The creation of Stellantis brings together some the world’s most famous – and some would say most under appreciated – brands in the industry.

Which car brands does Stellantis own?

There are 18 brands all packaged together under the umbrella of Stellantis – and that’s a lot.

On the PSA side, there’s Peugeot, Citroen, DS Automobiles, Opel, Vauxhall and its leasing and mobility brand called Free2Move.

It’s quite a diverse range of marques – some clearly compete against each other in the volume sector while others occupy niche areas which, if invested correctly, could be hugely profitable to Stellantis. There are similarities with the Volkswagen Group in this respect.

Who is #Stellantis? Created through the merger of #GroupePSA and #FCAGroup, Stellantis is a leading global #automaker and a provider of distinctive, appealing and sustainable #mobility solutions. pic.twitter.com/FnoSBVaKgj

Are there any management changes?

Just as you’d expect, there’s been a shuffle around of jobs in the new company. Carlos Tavares assumes the top role, while former FCA CEO and Brit Mike Manley will become Stellantis’ head of the Americas.

Linda Jackson, who used to head up Citroen and was once Citroen UK MD, will move to lead Peugeot, while outgoing Peugeot boss, Jean-Philippe Imparato goes to Alfa Romeo. He replaces Tim Kuniskis who will lead Chrysler and Dodge. 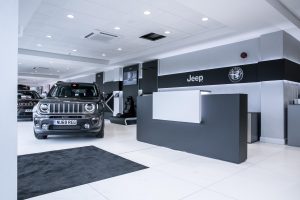 Much like the brands, the word from Stellantis is that there will be no factory closures.

However, Stellantis now inherits factories and engineering centres spread out across France, Germany, Italy, UK and the rest of the world, and that’s a lot.

While Tavares has pledged not to close any factories, he will be expecting them to make money. He has already voiced his feelings about Ellesmere Port and the UK government’s 2030 ICE ban, decisions out of his control could majorly impact the overall plan.

Factory closures or not, Tavares has made it clear there needs to be cost savings with the vast majority of these coming from synergies of technology and hardware. He told a press conference soon after the merger than he intends to make some £4.4bn in savings over the next five years. 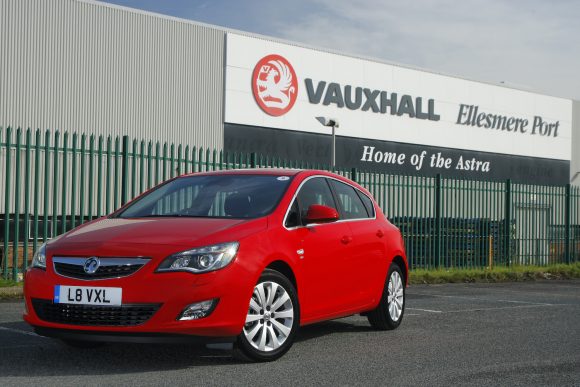 What does this mean to customers?

For the time being, nothing. In the long run, it should benefit customers with more choice as brands like Fiat should really see the fruits of the merger.

Large scale investments in hardware and tech can be spread across the brands, much like the VW Group, reducing costs. There’s also the question of whether the customer actually cares. Ask an average Vauxhall Corsa driver if they know their car is part-Peugeot, and we’d bet they wouldn’t know, or care.

Again, like for customers, there won’t be any changes for the time being. Within time there could be a reorganisation when it comes to which brands share sites (for instance, FCA positioned Alfa Romeo with Jeep with its retail business) and showroom space.

Stellantis knows, however, the real success will be allowing the brands to operate seemingly independently and having their own image and appeal, while contributing to the overall business.

Will there be any winners and losers?

Well, it’s not really a case of winners and losers but there are some brands in the new family that are currently more successful than others.

Peugeot and Jeep are the two best-performing brands. Both have turned themselves around with desirable products, with Peugeot in particular even nudging slightly upmarket. With Stellantis, Peugeot might be able to return to the profitable American market – something that it probably couldn’t have done without the merger.

Sister firm Citroen is another recent success story after the company, particularly when under the helm of Brit Linda Jackson, successful repositioned itself as a younger brand with clearly defined products.

Opel and Vauxhall are succeeding too and have benefited enormously from sharing platforms, engines, batteries and tech thanks to being snapped up by PSA in 2017.

Ram is an American success story. It was spun from Dodge in 2009 and operates as a separate brand focusing on very American pick-ups and Fiat-derived vans. While the brand does build products with high average CO2 emissions, it enjoys healthy profits. 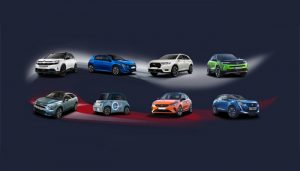 Early predictions are Fiat’s new pure-electric 500 is lapping up plenty of orders across Europe, and is set to take over the previous 500’s mantle as a winner for the Italian brand.

However, just like the outgoing 500, Fiat seems hugely reliant on a city car for its income – a type of car that is traditionally hard to make money on, compounded this time around by also being electric with expensive battery technology.

Stellantis will likely open up the US market for Fiat (again) which should help, but Fiat badly needs a range of volume cars. Platform sharing with PSA could really help in this regard, but Stellantis needs to make sure Fiat doesn’t compete too heavily with Citroen and Vauxhall.

Alfa Romeo could pose Stellantis with a headache for two reasons. Firstly, it’s generally assumed the expensive investment in the Giulia saloon and Stelvio SUV hasn’t paid off as impressive though they are, Alfa hasn’t been able to take the fight to the Germans hard enough. 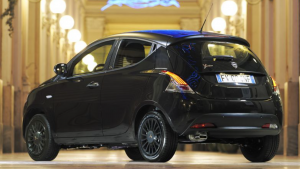 The small plug-in hybrid Tonale SUV due next year should help but Stellantis will need to have a plan, especially as DS Automobiles effectively operates in the same market sector. DS’s chance of success is nailing the Chinese market and continuing to try and win over notoriously fickle European customers.

While Maserati is the brand with the smallest volumes in the group, it has the potential to grow with new SUV and sports car models. However, fellow Italian marque Lancia only has one model – the ageing Ypsilon city car – with no news yet of any future product plans. Surprisingly, the Ypsilon, though old, is one of Italy’s best-selling cars and is a hit with female buyers.

Chrysler, historically a titan of American automotive manufacturing, is struggling, with just three old models in its range and suffering a slump in demand last year. Dodge also is a brand that’s hurting from an identity crisis and is heavily dependent on large SUVs that emit large quantities of CO2.

Will some brands die?

The ink has only just dried on the signing of the contract so there’s unlikely to be any dramatic decisions for the time being, but new Stellantis CEO Carlos Tavares does have some big decisions ahead.

He’s shown his mettle with PSA and it’s clear the struggling brands like Lancia, Chrysler and Dodge have some tough days to endure. Some serious attention will have to be lavished on Alfa Romeo, Fiat and DS too.