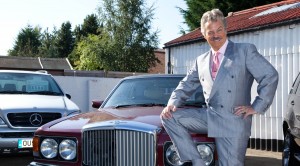 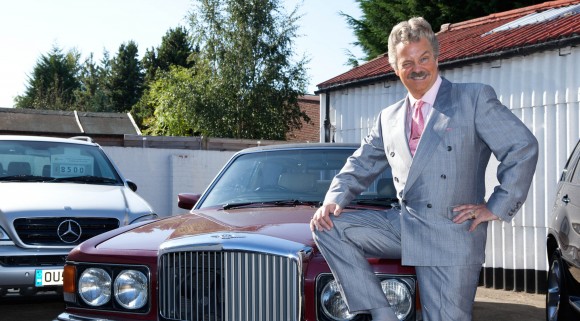 HE’S the fictional car dealer that gave real car dealers a bad name – but viewers loved him. And Swiss Toni is back on our TV screens this bank holiday.

The comic creation of Charlie Higson and Bob Mortimer – with his constant comparisons of any situation to being ‘like making love to a beautiful woman’ – made his debut in the BBC Two comedy show The Smell of Reeves and Mortimer before becoming a staple character on The Fast Show on the same channel.

And the platinum-blond, bouffant-quiffed smarm-meister, portrayed by Higson, proved so popular that he was given his own show on BBC Three, which ran for two series, with the first series’  first three episodes also being shown on BBC One.

The Fast Show ran between 1994 and 1997, with a reunion special in 2000 and a web-only series, sponsored by lager brewer Foster’s, in 2011. Now those online sketches are to be shown on television for the first time to mark both the programme’s 20th anniversary and BBC Two’s 50th birthday.

The Fast Show Special will comprise two half-hour episodes, and the second instalment – airing on Monday, May 26 at 9pm on BBC Two – is the one that will see Swiss Toni in all his awful glory. The episode will also feature eco-warrior Dave Angel plus Bob Fleming and Jed Thomas, as well as Chanel 9, as part of the line-up.

In the meantime, if you want to get in the general Fast Show mood, the first episode is being broadcast on BBC Two tonight at 10pm, with Ted and Ralph plus Rowley Birkin QC among those popping up.

Both episodes will also be available on the BBC iPlayer soon after their broadcast.

UPDATE – 10.45pm: In a change to the schedules, Swiss Toni appeared in this evening’s episode, which is currently available to watch via the BBC iPlayer until 1st June – click here. It is unknown as yet if the character will also be in Monday’s episode. Some editing was in evidence during the programme, as was work to make a Chanel 9 sketch more topical.

UPDATE – 26th MAY, 10.25pm: Swiss Toni also featured in this evening’s episode, which can be watched via the BBC iPlayer by clicking on this link. It is currently available for seven days.