Home > News > The elephant in the room: Now even manufacturer bosses think pre-reg is a problem 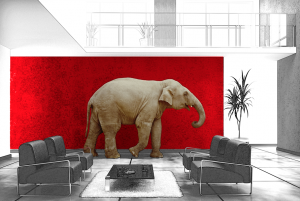 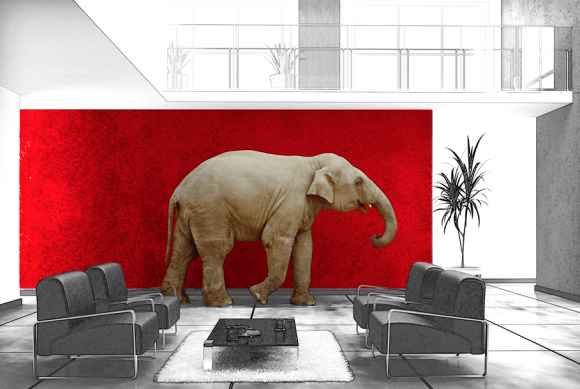 The elephant in the room: Now even manufacturer bosses think pre-reg is a problem

FINALLY, one of the leading members of the UK automotive industry has spoken of their concern at the proliferation of pre-registrations. But as one industry expert tells us they’re accounting for 15 per cent of the market, the SMMT still refuses to comment. James Baggott reports…

THE spotlight is firmly on the automotive industry. With the VW Group’s emissions scandal still rumbling on and likely to spread further still, dark storm clouds are forming by the minute as politicians and press look for their next target in the motoring world.

So, could the next scandal be the misrepresentation of the buoyancy of the UK car market and the hidden issue of pre-registrations? Car Dealer has long argued that the reporting by the SMMT of ‘registrations’, which the public misinterpret as ‘sales’, is presenting decision-makers with a false picture as to the health of the car industry.

Politicians think dealers are having it away, with sales seemingly rising every month for the past three-and-a-half years. We know that’s inaccurate, you know it’s wrong, and the car manufacturers know it’s misleading too. So why isn’t anyone coming clean?

Well, it appears now that the tide might be beginning to turn. In an industry first, Car Dealer has secured an exclusive interview with the managing director of the VW Group in the UK, Paul Willis. Chatting to us in the back of a Phaeton on the VW stand at Frankfurt – a few days before the emissions scandal news broke – Willis lashed out at the misreporting of sales figures.

‘I’m not happy about the car market at the moment,’ he said.

‘It’s misleading and there are messages going to government and to the wider population that everything is really great – but I’m not so sure it is.’

Willis told us he’d recently met a politician who thought that everything was rosy in the car industry. Willis explained that the MP didn’t understand the difference between registrations and sales, and that he was worried the picture the industry was presenting to people in power was leading to trouble.

‘I think it’s misleading and I’m concerned about the impact it’s having on the dealers,’ he said. ‘We’re sending a message to government that everything’s fine and dandy. But it’s not. If you talk to the dealers they will be telling you that their profits have halved and that manufacturers are pushing them very, very hard.

‘I have to salute the dealers because they are supporting the manufacturers in this, but it is the scale of it that is causing me concern.’
Willis’s comments are unusual in that he is the most senior chief to go on the record to say he believes the market is being forced – although he was mindful not to use the ‘pre-registration’ term.

He added: ‘When you look at the detail, a lot of our competitors pile in on the last two days of the month. Our competitors go to dealers and say “Will you take 2,000 cars and we’ll give you 40, 50 per cent discount?” Well, that’s all fine and dandy, but I think it’s misleading. The media needs to be talking about this.’

Car Dealer also spoke to the boss of one of the largest dealer groups in the UK, who would only chat to us off the record. He admitted that he was constantly being pushed by manufacturers to pre-register cars in order to hit targets, but said it was ‘a business decision’ his firm has to take.

Car Dealer has even heard from one dealer group whose board recently decided to take a loss of £1,800 on every unit in order to hit its bonus target from its manufacturer.

Is that really sustainable?

‘There is a lot of noise about pre-registrations,’ said our secretive CEO. ‘But it’s nothing new. It’s been around for years and will be for years to come. The problem comes when dealers can’t afford to take the bulk deal on the cars because they haven’t got the balance sheet to support it. That’s why you’re seeing a lot of consolidation in the dealer world now with the big boys snapping up the smaller guys.’

The dealer boss explained that it is world economic pressures that are to blame.

The Russian market is down, China has been hit hard, while even emerging markets such as Brazil are in trouble – this means that oversupply has to go somewhere, and those cars are being forced into the UK.

It’s cheaper for manufacturers to force cars that are already built into a market where the economy is strong rather than shut factories down and default on huge supply chain orders. And that’s exactly what we’ve been seeing in the UK over the past few years. The problem, though, is that the wider public and the policy-makers in power don’t understand this… 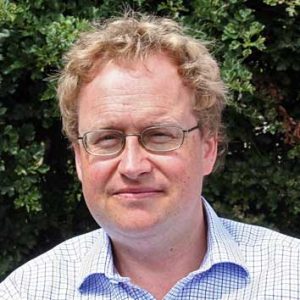 ‘The scandal of this is that governments, companies and individuals are making serious decisions based on car sales and all of us in the trade know that we are all complicit in harbouring a lie,’ said Harry Bott of Mediahawk.

Bott’s company has been closely tracking pre-registrations for years and has analysed the growth in sub-one-year-old cars appearing on Auto Trader. This gives a very clear indication of which makers are pre-registering cars, because the dealers who are registering them have to get them sold somewhere.

Bott said: ‘It must be time that we all come clean on the monthly sales figures because of the stress it is causing within the retail sector, while leading the government to believe that all is rosy in the world of cars and, by iteration, the economy! As a result of the lie, there is a billion-pound black hole building up and we are all complicit in its creation.

‘When it becomes formally recognised that the monthly car sales data has become a joke we will all no doubt stroke our hipster beards and say it was obvious. Surely as an industry we should be more honest than this and find a better and honest system of reporting? Too many jobs, too much investment and too many political decisions are being made on a false premise.’

Car Dealer contacted the SMMT for comment and it issued a banal statement that did little more than restate what we already know.

The organisation has been particularly quiet on the subject since we spoke to chief executive Mike Hawes in Issue 72 (March 2014). Back then, Hawes merely stuck to the message that the ‘SMMT reports registrations, and only registrations, because that’s the way it has always been done’. And every month since he has talked up the ‘health’ of the new car market when the SMMT presents its monthly figures to the media.

The latest statement we were sent said: ‘Vehicle manufacturers are subject to the conditions of the Supply of New Cars Order (2000), which provides a clear definition of a pre-registered car and requires vehicle manufacturers to report monthly on cars they have registered that meet these criteria. SMMT publishes this data on its website each month and in most months this is a relatively low number of vehicles.’

While this is true, it’s easily circumvented by persuading dealers to do the pre-registering instead and offering large incentives for hitting bulk targets – and this is exactly what’s happening now.

The very fact that the SMMT refuses to admit it, let alone comment on it, is further proof that the industry is categorically presenting a false picture to the wider world. ‘Growing sales volumes is an element of any competitive marketplace,’ added the SMMT statement. ‘There are many competitive deals for UK consumers right now and the UK’s large and independent dealer groups and vehicle manufacturers have to make their own commercial decisions when it comes to the profitability of these arrangements.’

That’s about as close as we’re going to get to the SMMT commenting on pre-registrations. It’s worth remembering this is the Society of Motor Manufacturers and Traders, so as such has a duty to represent all aspects of the industry. 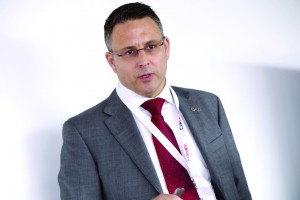 Car Dealer spoke to experts from the trade valuation guides. If anyone would hear the real truth about the impact of pre-registrations on dealers it would be them. Philip Nothard, pictured, the editor of CAP Black Book, said: ‘Our dealer survey points to self-registration activity accounting for 15 per cent of new 65-plate cars registered in September.’ Let’s repeat that for a moment: 15 per cent. ‘Every indicator is pointing towards September being a month for the record books, pushing the full-year market towards its highest level in over a decade.

‘But pre-registration is playing a role in the bumper sales figures, supported by some amazing finance deals.

‘Longer term, if this trend increases, there could be additional pressure on used values as the volume of cars increase and used car demand declines,’ said Nothard.

We’re back to that billion-pound black hole that Bott was speaking about. Over to him: ‘Finance may be driving new sales, but they are also being supported by pre-registration. As a group, the manufacturers are in serious denial about this problem. They all admit it is a problem but deny they are involved – as a group they all need to go to Pre-Reg Anonymous!

‘We are entering a period where a number of “lies” will collide and cause the billion-pound black hole. These lies are the false new car sales bolstered by pre-registrations needing a home.

‘Overlay the return of more and more two-to-five-year-old vehicles from finance deals and residuals can only be kept where they are if there is “real” demand. If anything dents this demand and residuals reduce by as little as £500 per unit across 2.4m vehicles (the new car market) then we are staring at a collective loss to the industry balance sheet of over £1bn!’

But what can be done about it? Or in fact does anything NEED to be done about it? Well, not really. Everyone understands these are commercial decisions taken by individual businesses. It’s not the fact they’re happening that’s really the problem. What is, is the falsehood, the secrecy and the denial. At a moment when the looking glass is firmly focused on the car industry, now more than ever is a time for transparency, and pre-registrations are unfortunately about as cloudy as it gets…

MORE: Seal of approval Trust My Garage code of practice

MORE: Boris behind the wheel of the new Mitsubishi Outlander

On SuperUnleaded.com: This Guy’s Made A BMW i8 Out Of Lego