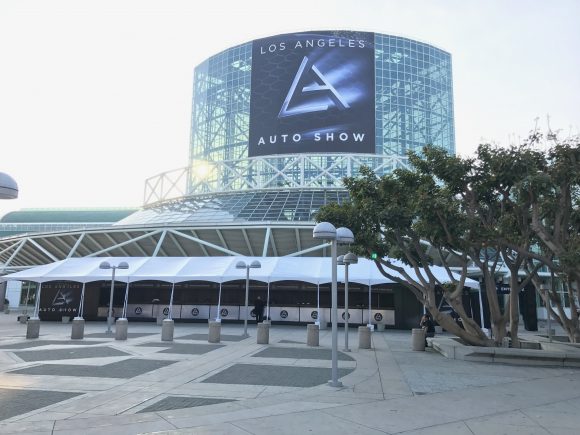 The top five cars from the Los Angeles Auto Show

The Los Angeles Auto Show is packed out with full-blown Americana and vehicles big enough to comfortably live in, but a selection of automotive firsts for the UK market was also unveiled. We’ve taken a trip over the pond to see them for the first time and here are our star cars from the show.

Following in the footsteps of almost every other car manufacturer, Alfa Romeo unveiled its very own SUV in LA called Stelvio. It’s named after the famous Italian mountain pass and hasn’t been shy about boasting its motoring credentials to match. The car on the stand was in the brand’s high-powered QV guise and will be kitted with a 503bhp, 2.9-litre V6 bi-turbo engine. 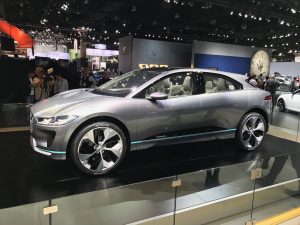 The Jaguar I-Pace at the motor show. Picture: James Baggott 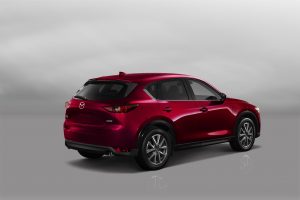 Another all-wheel-drive offering, this time from Japanese brand Mazda. The CX-5 SUV is its best-selling model in Europe but was due a refresh. It’s been given a cleaner exterior design, while the brand reports that all aspects of the car have been refined. It also debuts a new paint colour, called ‘Soul Red Crystal’, which has greater depth than ever before.

Mazda have unveiled the new CX-5 ahead of the LA Motor Show. It’s very red. pic.twitter.com/5dK6XN4k0L 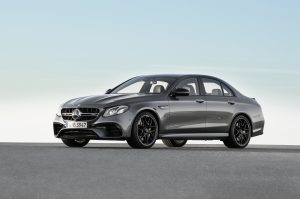 It’s the most powerful and fastest-accelerating E-class yet. This executive saloon produces 604bhp and will hit 60mph in merely 3.2 seconds. Not only that but it’ll be more efficient than the previous model with cylinder deactivation fitted as standard. It’ll also feature the AMG nine-speed multi-clutch automatic gearbox and the brand’s new all-wheel-drive system. 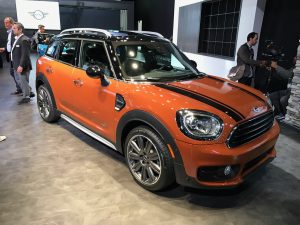 Despite its name, yet again Mini has gone for bigger and better than ever with the new Countryman. It’s the most versatile version of the car yet, thanks to increased dimensions making the experience more comfortable for all those travelling in one. For the first time the model is being offered with a hybrid powertrain, which will achieve 134.5mpg and hit 60mph in 6.7 seconds.

On SuperUnleaded.com: Nitrous Is Added To A Lamborghini Huracán To Give It Even More Oomph