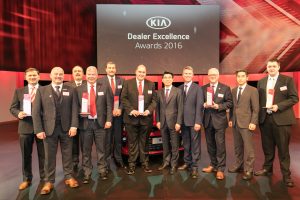 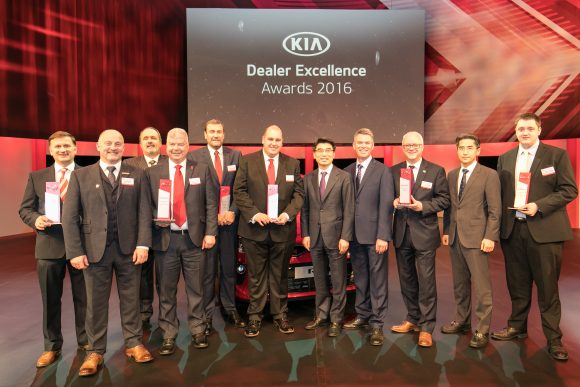 Top Kia dealers are rewarded for their outstanding achievements

THE best-performing Kia dealers were rewarded for outstanding achievements throughout 2016.

The awards were presented to the winning dealerships at Kia’s annual dealer conference in Liverpool earlier this month.

With 187 dealerships across the UK, these awards highlighted exceptional work.

Paul Philpott, President and Chief Executive of Kia Motors (UK) Ltd, said: ‘It always makes me extremely proud to be part of Kia when I see the commitment our dealerships and their staff show, and it’s a privilege to be able to recognise and reward the best-performing dealerships in a number of categories.

‘Everyone within the Kia dealer network has worked very hard to achieve yet another record-breaking year in 2016 and with 10 new products coming to the UK in 2017 we’re excited to see the continued successes that this brings.’

2017 will see exciting new developments for Kia and its dealer network, with the launch of the all-new Rio and Picanto as well as two all-new models in segments that Kia have not previously been in. This year is also the seventh anniversary of the launch of the seven-year warranty across the range.

On SuperUnleaded.com: Snow Joke As Plough Is Run Off The Road