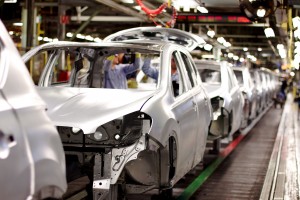 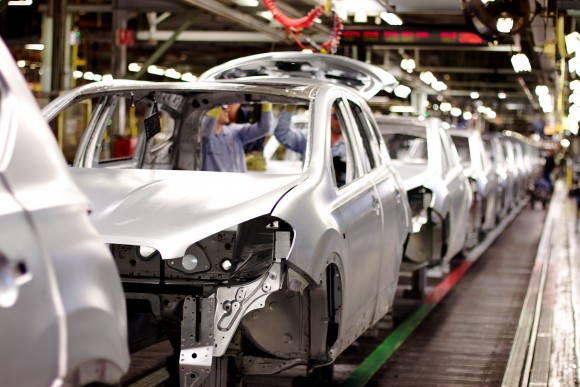 THE output of UK car manufacturing rose by 40.6 per cent in August, according to a report by the Society of Motor Manufacturing and Traders (SMMT).

A total of 99,910 vehicles were produced during the month, taking year-to-date production volumes past one million – an increase of 1.6 per cent.

SMMT chief executive Mike Hawes said: ‘The quieter summer months are traditionally subject to fluctuation as production is paused for essential upgrades, and August’s strong growth wasn’t unexpected given the 22.1 per cent fall in the same month last year when the 2014 holiday period fell.’ 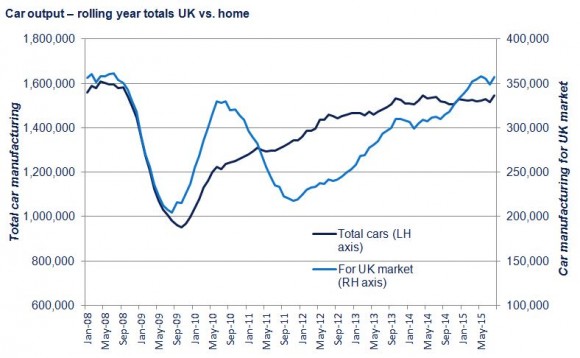 He added: ‘The rise also follows a flatter July in line with this year’s earlier scheduled shutdown. That said, with an overall increase of 1.6 per cent so far in 2015 and the strongest year-to-date performance since 2008, the industry is in a good position.’

MORE: VW SCANDAL: Biggest UK lawsuit could be on the cards

MORE: Trading Up: Our new Saxo is the salt of the earth

MORE: Luxury market finance deals ‘are on the up and up’