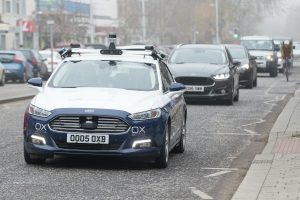 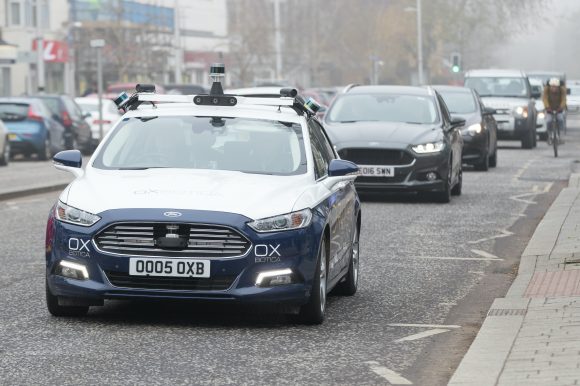 Oxford is the first city to host the trials, which are running until autumn 2021 with live tests in three major UK cities.

The trials are part of Project Endeavour – a government-backed research and development project.

The Mondeos will be driving on the streets of Oxford by themselves, but the cars do have a wheel and pedals for a driver to take over.

This is one level away from fully autonomous driving, in which there is no conventional cockpit and no way for a human to take over.

The vehicles will travel from Oxford Parkway station to the city’s main train station on a nine-mile round trip.

The routes will be driven at all times of day and night to test the cars in different conditions and traffic levels.

The project was launched in September 2019 and has seen three new organisations join ahead of the live trials – the Transport Research Laboratory (TRL), the British Standards Institute and Oxfordshire County Council.

Camilla Fowler, head of automation at TRL, said: ‘Trials of Level 4 vehicles are an important milestone, keeping the UK at the head of the field in bringing the benefits of this technology into mainstream use.

‘These exciting trials, and what we learn about assuring safety and encouraging interoperability, will open up new opportunities for many more research demonstrations across the UK, which are the forerunners to the full-scale public trials so eagerly awaited.’