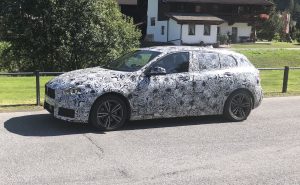 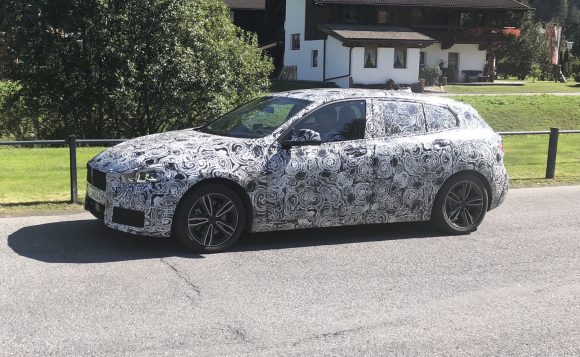 A PAIR of upcoming BMW models have been spotted undergoing secret testing near Innsbruck in Austria.

The first is believed to be the new 1 Series, which looks to replace BMW’s hugely successful hatchback. Switching to front-wheel drive for the first time, the new 1 Series will go up against the new Mercedes A-Class and Audi A3.

Despite the camouflage, it’s easy to see where the car’s front kidney grilles will be placed, while the 1 Series also appears to benefit from BMW’s latest LED headlight design.

The rear of the car showcases a twin exhaust system, which may point towards a higher-output engine under the bonnet. A flagship M130Ix M Performance version is rumoured to sit at the top of the range, and features a full all-wheel-drive system plus a tuned 2.0-litre turbocharged petrol engine.

The second vehicle is believed to be the upcoming 2 Series Gran Coupe. Again using a front-wheel-drive powertrain layout, it takes on the likes of the new A-Class saloon and the Audi A3 saloon.

In a similar vein to the 1 Series, the 2 Series mule shows a large forward inlet placed where the car’s front grilles will sit, along with large air intakes lower down the face of the car. The rear door section is easy to see as well, signifying this as a four-door version of the 2 Series.

Both the new 1 Series and the 2 Series Gran Coupe are expected to arrive in showrooms next year.