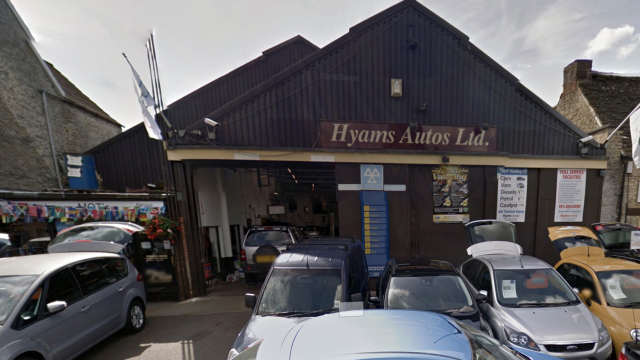 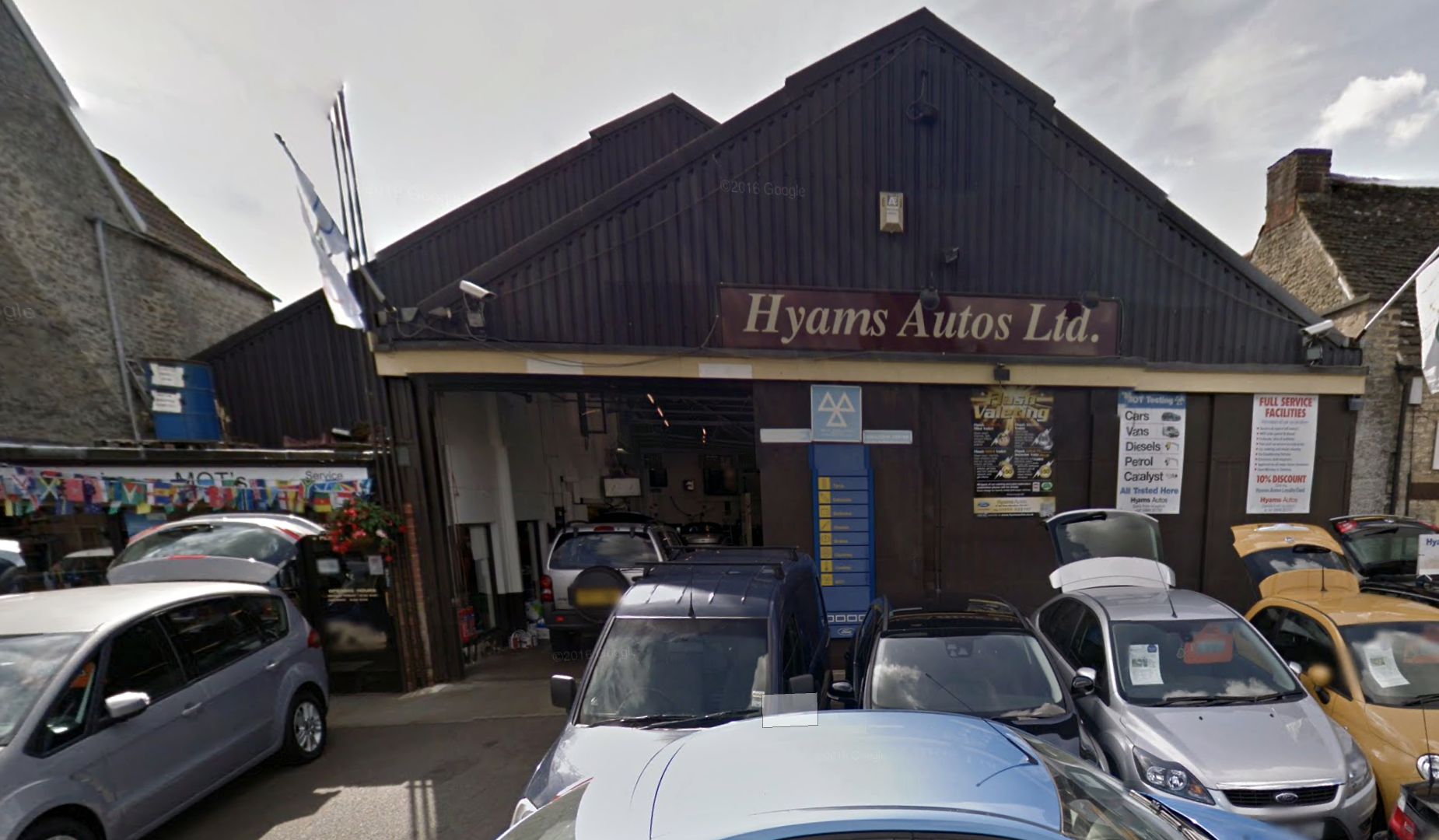 A used car dealership boss found guilty of fraud relating to a non-optional fee says he didn’t set out to deliberately mislead customers.

He also pleaded not guilty to engaging in a commercial practice which is a misleading action containing false information.

According to the Wilts and Gloucestershire Standard, it all centred on customers not being told about a non-optional £99 fee for vehicles that had been advertised on Auto Trader.

The Standard said a customer went to the High Street dealership in April 2019 after seeing a 2011 VW Touran that was advertised on its website but she wasn’t told about the extra £99 until after test-driving it and saying she wanted to buy it.

‘This caused the average consumer to take a transactional decision she would not have taken otherwise,’ according to the charge sheet.

Despite having denied the charges in 2020, Hyams, of Hayes Road, Nailsworth, was found guilty of them all last Thursday (Jan 13).

In a statement on the dealership’s Facebook page two days after the hearing, Hyams said that although the dealership accepted the ruling, the regulations over fees were unclear and it hadn’t deliberately set out to mislead people.

He added that ‘everyone who paid the administration fee were aware of the fee before the cars were sold and were happy to make the payment’.

Extra steps have now been taken to make sure customers are fully aware of the fee and why it is being charged. 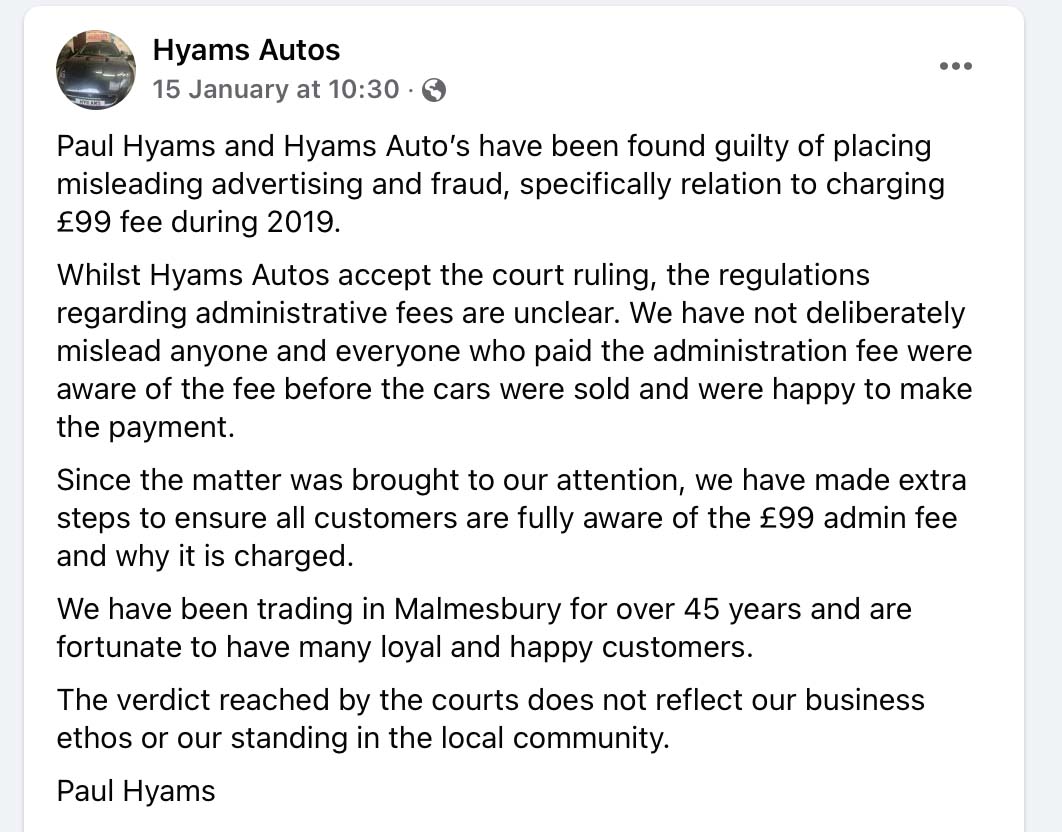