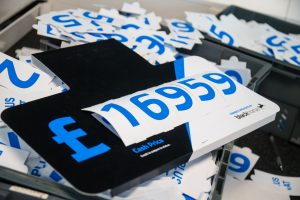 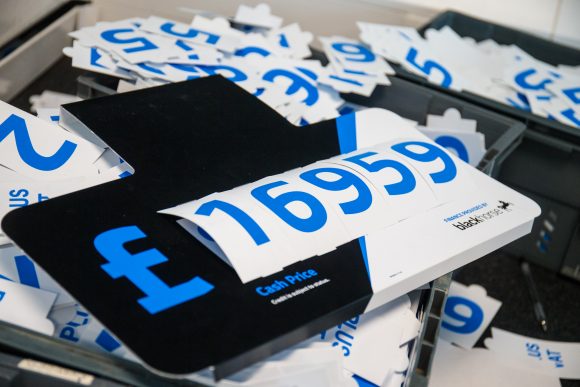 The third lockdown may have caused a drop in used car sales but the market is still stronger than for new cars.

That’s according to Cox Automotive UK, which says its latest Car Market Tracker survey shows that in spite of challenging market conditions there’s still a subdued level of optimism among dealers.

However, the UK was one of the worst-performing countries for new car sales in Europe.

Sixty-seven per cent of some 150 key industry leaders from the UK dealer sector said in the Cox poll thatthey’d suffered a 10 to 30 per cent drop in used car sales, versus 70 per cent for new cars.

Meanwhile, 15 per cent said there’d been little or no impact on sales of used cars, whereas 17 per cent reported the same for new cars.

On the plus side, most in the used car world had been running at more than half of what would usually be happening, with business as usual for many, said Cox. 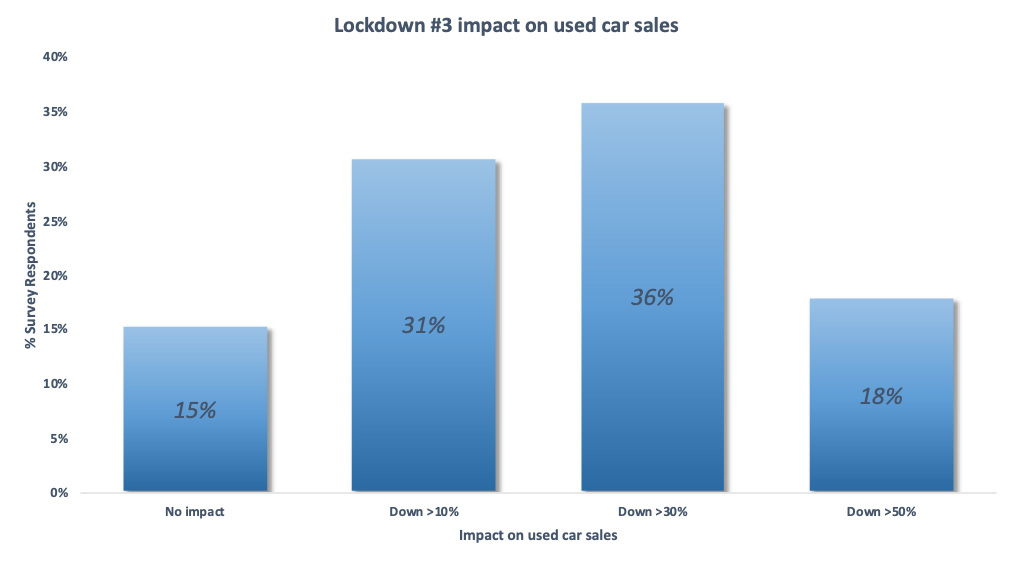 Where new cars were concerned, 55 per cent of dealers said they felt economic conditions would get better as 2021 progressed, with less than a quarter – 23 per cent – believing it could get worse.

Philip Nothard, Cox Automotive UK’s customer insight & strategy director, said: ‘The sentiment from across the network is that there are “pockets” of weakness in retail which could be caused by increasing financial pressure.

‘Two-thirds of dealers reported an increase in both days in stock and overage vehicles. The advice given is to hold firm where possible.’

He added: ‘Many dealers acquired stock in Q4 of 2020 to be well placed for a fast start in 2021, although unfortunately some of this stock is now ageing.

‘What’s clear is stocking the right car in terms of price point, model and good specification is key for the current trading conditions in 2021.’

‘Spain felt the heaviest impact from the Covid pandemic. 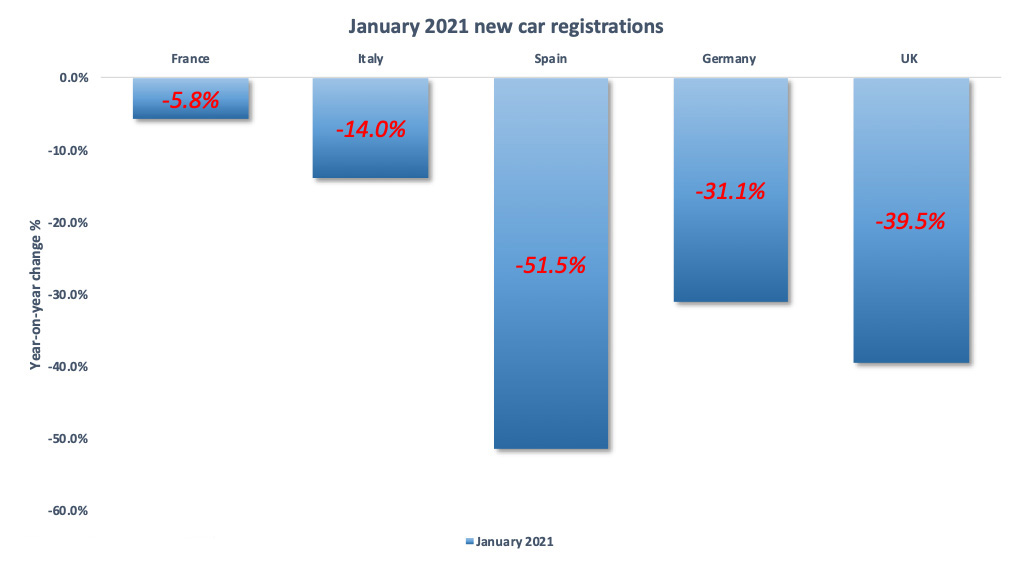 ‘However, when looking at these figures, it’s important to remember that the outbreak in 2020 impacted at different times across Europe and each country responded at various levels.’

Nothard also pointed out that although there was a slow start to the year for the wholesale market, the sector saw both strength and weakness as buyers continued to be selective.

‘Despite this, average wholesale sold prices remain stable year on year at £6,134, which is down 2.01 per cent year on year.

‘In our recent market survey, over half – 53 per cent – felt it would remain the same in the first quarter, although just under a third – 30 per cent – cited a worsening.’