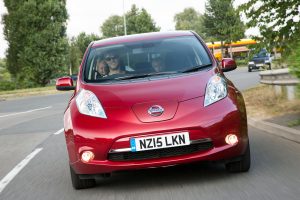 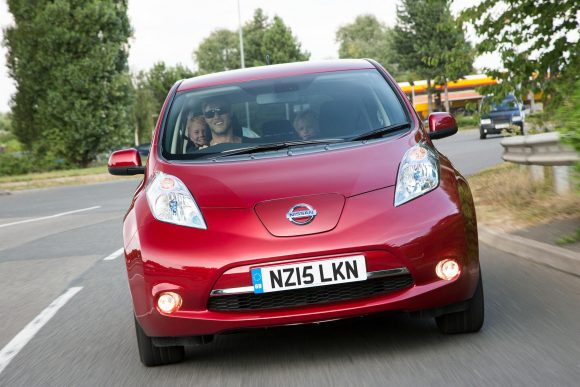 Electric car sales are taking 15 per cent of the used car market so far in December – their highest level ever.

That’s according to BuyaCar.co.uk, which attributed the surge in demand to the announcement of the ban on sales of new petrol and diesel cars coming into effect in 2030.

For most of the year they’ve accounted for roughly one per cent of sales, said the online car supermarket, but there’s now been a sudden surge in demand and that’s being seen as a real breakthrough.

Analysts at BuyaCar.co.uk believe it shows that curiosity about electric vehicles has reached a ‘historic tipping point’ even though there’s nearly 10 years to go before the ban.

And despite new EVs being more expensive than petrol or diesel vehicles, the price difference is less pronounced in the used market.

The Nissan Leaf, pictured, is one of the most popular models as an entry point to electric vehicles, said BuyaCar.co.uk, with early examples available now for around £5,500 or £150 per month on finance.

‘Searches have steadily increased over the past few weeks, to the point where more than one in 10 customers are arriving on our site with an EV in mind as their initial choice.

‘And now we are seeing EVs taking 15 per cent of the market, it is clear that a breakthrough is under way.’

But Lloyd added: ‘While there is definitely an appetite for entry-level EV motoring as a cheap second car, significantly more money is being invested by many buyers on our site.

‘For example, December has already seen a Tesla Model S snapped up for more than £36,000 by someone who was confident to buy the car without getting behind the wheel first.

‘Although the breakthrough for EVs has been forecast many times in recent years, we are now seeing hard evidence that it is happening, and it will be interesting to see what the EV market share is on BuyaCar.co.uk by the end of 2021.’