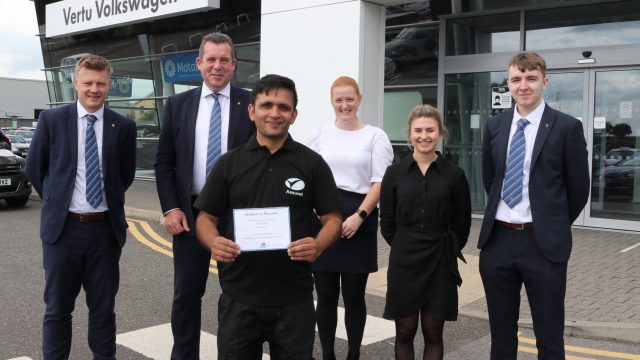 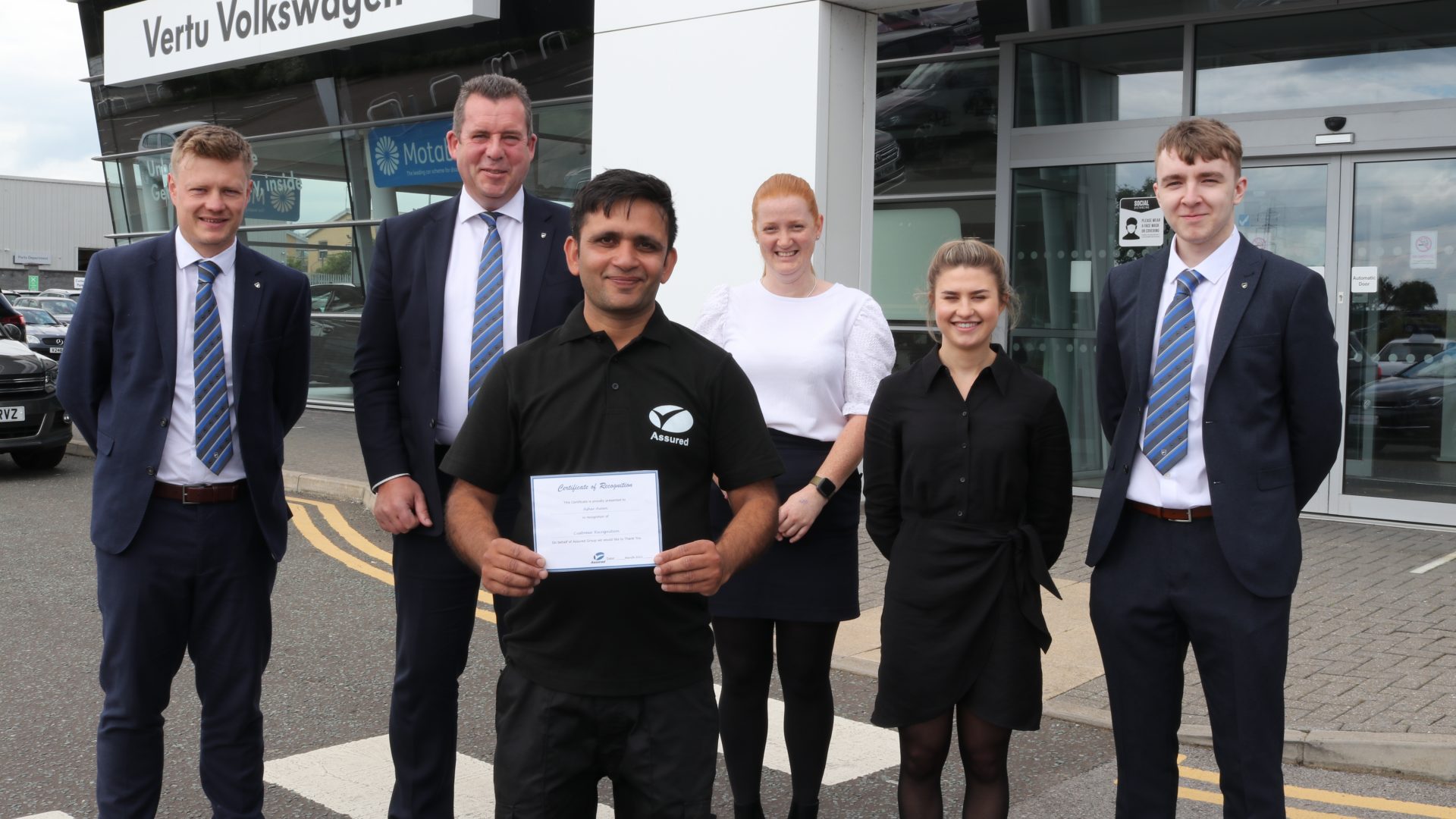 A Vertu Motors valeter has been rewarded with a special prize for his honesty after returning a high-end camera he found while preparing a car for its new owner.

Ashar Awan, of Vertu Volkswagen Harrogate, was valeting the part-exchanged vehicle ready for its next owner when he discovered the Canon SLR camera under the passenger seat.

The camera, which is worth more than £500 new, had been left by the previous owner, who had assumed it to be lost forever.

Ashar handed the device into the dealership’s used car sales manager, who was able to get in touch with the previous owner.

He was overjoyed to be reunited with the camera and Ashar has now been awarded the Vertu Masters Integrity Award.

The prize his given to the member of staff who consistently demonstrates outstanding levels of integrity in their role.

He was nominated following a letter sent to chief executive Robert Forrester.

The letter said:  ‘While preparing a used car which had been part exchanged into the dealership Ashar Awan found a very expensive SLR Canon camera under the passenger side front seat.

‘Ashar immediately gave the camera to the used car sales manager, who in turn contacted the previous owner of the car.

‘He was overjoyed that not only had we found his camera which he had thought lost since July 2019, but at the integrity of the dealership and in particular Ashar.’

Robert Forrester, chief executive of Vertu Motors plc, added: ‘The Masters Awards are an opportunity for us to thank colleagues who go the extra mile.

‘Our values state that we are trustworthy and honest in all that we say and do and take responsibility for our own actions.

‘Ashar embodies this and I was very proud to receive the customer’s letter. He is a worthy winner.’