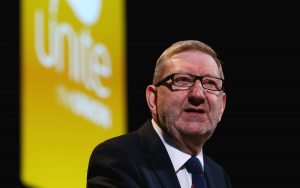 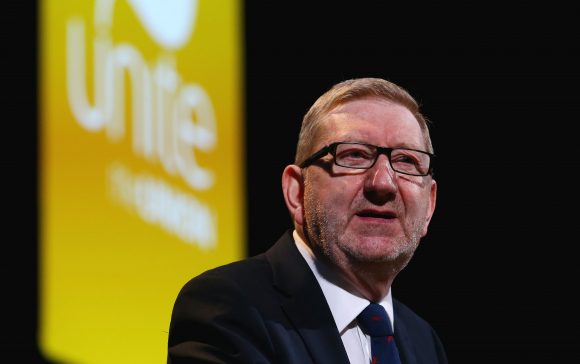 THE leader of the country’s biggest trade union is meeting the head of Vauxhall’s parent company today to seek reassurances over the future of the car giant’s Ellesmere Port plant.

Unite general secretary Len McCluskey will tell PSA Peugeot Citroen boss Carlos Tavares that Ellesmere Port has to be given a new model to build to save hundreds of jobs.

The company said earlier this month that another 250 jobs could go at Vauxhall on top of 400 job losses announced last year.

In a comment piece for the Liverpool Echo ahead of the meeting in Paris, Mr McCluskey said he did not think the latest job cuts spelled the end for the plant, but stressed it needed a new model to build to make sure its future is safe.

He wrote: ‘There will be no death by a thousand cuts for our plant – Mr Tavares has assured me of that.

‘Unite will make sure he stays true to his promise, but that doesn’t mean we don’t have to be ready for the fight of our lives to keep world-class car making on Merseyside.

‘What we need to do is bring a new model to Ellesmere Port. It’s got a great case – it has always been one of the most efficient plants in Europe.

‘The company sells more of its cars in the UK than in any other of its markets.

‘Vauxhall has consistently held a high proportion of the UK car market. Its market share ranged from around six to nearly 14 per cent between 2014 and 2017, and it enjoyed the second highest car sales in the UK in 2015. The share slipped throughout 2017 – a reflection of our stagnating economy – but it’s still healthy.

‘It follows then that if our plant is betrayed, then the company’s share of the UK market will be hit. Unite will make sure of that. We will not see promises broken and a loyal workforce let down.’

MORE: Is that really David Brent dropping in on a Plymouth dealership?

On Workshop Magazine: Lib Dem leader gets insight into auto industry at dealership