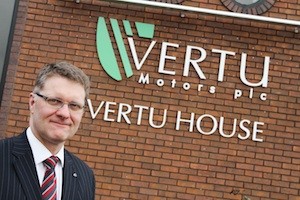 VERTU Motors plc announced this morning the acquisition of The Taxi Centre Limited and Easy Vehicle Finance, which source vehicles for private operators in the taxi sector.

The Taxi Centre, located in Paisley, Scotland, operates across the United Kingdom and employs eight people. Vertu has agreed that the management team will remain with the business.

Robert Forrester CEO of Vertu said: ‘The Group is confident that the acquisition of this cash generative business will produce profit enhancing synergy opportunities in the supply of new and used vehicles. We look forward to welcoming the experienced Taxi Centre team into the growing Vertu Group.’

Total consideration, which includes £1.1m of goodwill, is estimated at £0.7m of which £0.2m will be settled by the issue of 343,053 ordinary shares in Vertu at 58.3 pence per share, with the balance settled in cash from the Group’s existing resources.

For the year ended December 31, 2013, the management accounts of the Taxi Centre showed revenue of £9.7m. Vertu’s board has stated it expects this acquisition to be earnings enhancing in its first full year of ownership and is confident the Vertu Group will drive future profit growth.

The vendor has agreed with Vertu not to dispose of their new shares for a period of 12 months from completion, except in certain limited circumstances. In addition there is an earn-out arrangement whereby the vendor will earn 20 per cent of the pre-tax profits of the Taxi Centre over a three year period after completion.