Home > News > Video: The dealership rap that has gone viral 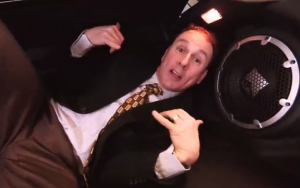 Video: The dealership rap that has gone viral

A CANADIAN Mitsubishi dealership has come up with a novel idea for a TV advert – an attention-grabbing rap to attract customers to its showroom!

The song has been composed to publicise Southside Mitsubishi in Edmonton, Alberta, and has been described as ‘quite possibly the greatest worst commercial you’ve ever seen’.

Whether you think it’s tuneful or terrible though, there’s no getting away from the fact that it’s been viewed on YouTube around 65,000 times.

An advertising technique that might catch on in the UK? We somehow doubt it….