The early bird catches the worm in the used car sales game and for dealer principal Ben Goodwin that can mean a 4am start.

‘If I got in early I’d get the best leads,’ said 28-year-old Goodwin, boss of car supermarket group Big Motoring World’s Enfield site talking about how he started in the used car game.

‘I know I’m young to be in this position, but I’m dedicated and have always worked hard. That used to mean getting in first to get the deals so I’d get here at 4am.

‘This game is long hours, but if you put the work in, you get the results. That’s why I used to start early as I was working my way up through the business.’ 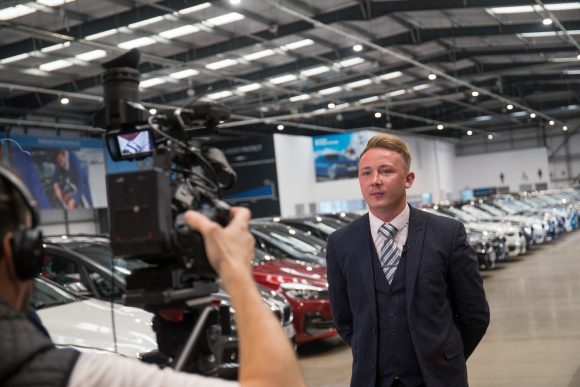 Goodwin, incredibly mature for his age, is in charge of 40 salespeople and a staff of 80 at the new car supermarket site.

His hours are still long – week days start at 7am and finish at 9pm, and can be much longer at weekends, but he says it’s never bothered him as he ‘loves his job’. 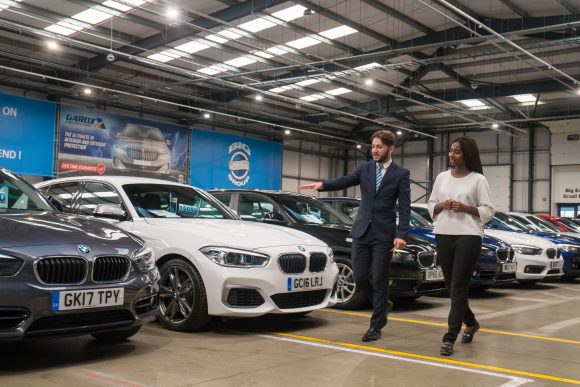 Big Motoring World Enfield, based on a former print works, is a spotless site and has been doing a roaring trade since lockdown thanks to a used car sales boom.

Goodwin and his team are at the forefront of a surge in used car demand and the site is busier than ever with many buying a used car for the first time.

And that’s the case across the Big Motoring World group. Owned by larger than life CEO Peter Waddell, the firm has been experiencing a bumper summer of sales.

‘We’re so busy at the moment,’ said Goodwin. 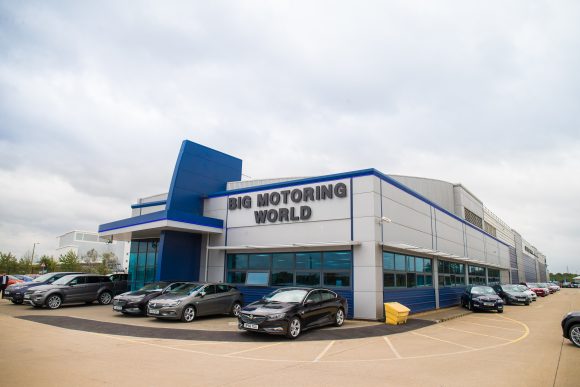 The Enfield site is based on a former print works

‘We had a mega Bank Holiday weekend. We sold 200 cars. And I can’t see that slowing down any time soon.’

The Enfield dealership is a relatively new site for the growing Big Motoring World group.

Opened just before lockdown, the site usually has around 1,200 cars in stock with a huge number housed under cover. 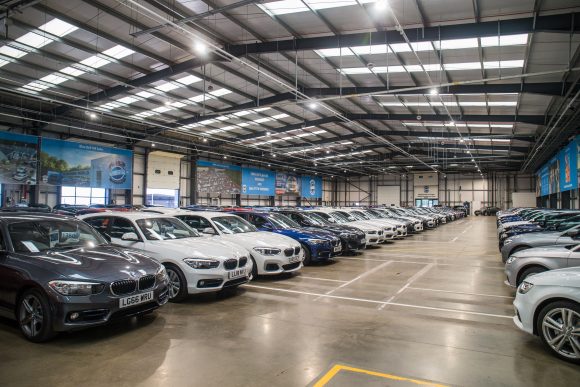 Goodwin was tasked by Waddell with setting it up after stints at Blue Bell Hill and West Malling sites.

He walks me through the sales process, which starts with customers funnelled down a fenced-off walkway to reception, so they don’t wander off onto the site.

‘We want customers to come inside first and meet us so we can understand what they want,’ Goodwin explains.

‘They come in, we give them a coffee and the kids a milkshake and we qualify the customer. We have a huge selection of cars so we can talk them through what we have before they see it.

‘If we just let them on to the site they’ll wander off and might not get the attention they deserve.’

He’s right about selection. Grouped in manufacturers, cars are laid out inside and out alongside similar models in huge arrays of colours. 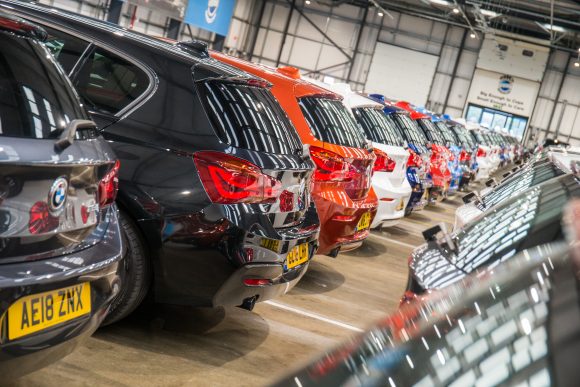 There’s row upon row of BMWs, the brand the company became famous for. An i3 in particular catches my eye, as does an Audi RS3. But what’s selling right now?

‘Pretty much everything,’ said Goodwin. ‘But we can’t get enough BMW 1 Series. Round here they sell very well indeed.’

James Waterman, 42, a salesman at the site for three years, said he’d been kept incredibly busy since lockdown.

‘We’re seeing a lot of customers at the moment and the cars are flying out since the coronavirus lockdown,’ he told Car Dealer.

Goodwin explains that sales staff go through a two-month training process at Big to ensure they are well versed in the group’s standards. 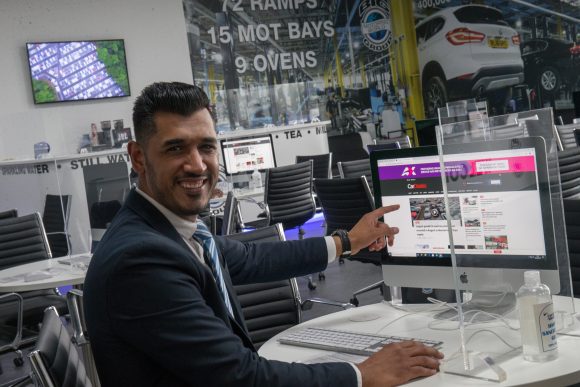 The sales team are clearly big fans of the Car Dealer Magazine website..

‘We aim to look after customers and will always work hard to resolve problems when they occur,’ he said.

But what does Goodwin think will happen to the used car market? Will prices continue to remain high and demand outstrip supply, or will things go back to some sense of normality?

‘We don’t really have a normal here,’ said Goodwin.

‘We don’t focus on what others are doing, we just concentrate on doing what we do as best we can. Peter taught me that. I owe him a lot – he believed in me.’ 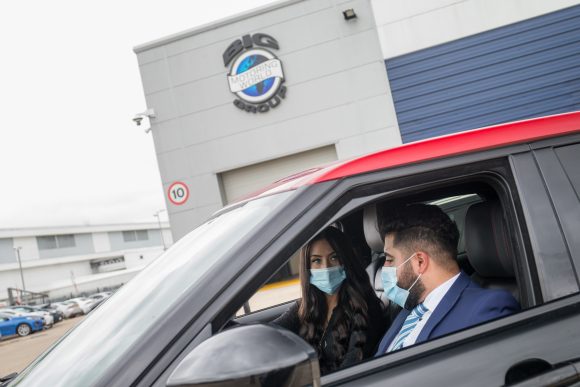 All customers are encouraged to take a test drive

During our day at Big we’re impressed by the slick operation and the sheer scale of the site. Plenty of customers come and go throughout the day and by 11am Goodwin already has a smile on his face.

We leave Goodwin and his team to tend to a steady stream of customers with one thought firmly in our minds: We can’t see the used car market getting quieter any time soon.