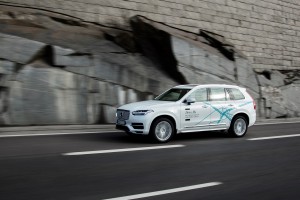 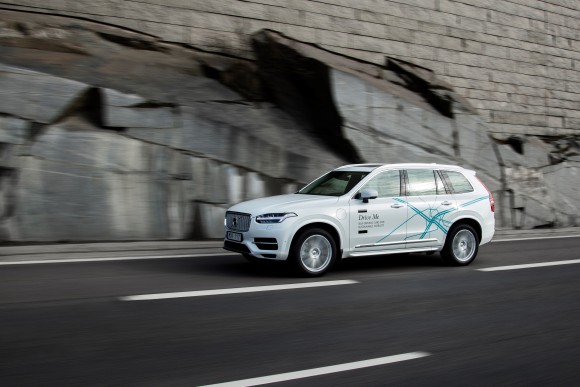 Volvo self-driving cars heading for the UK in 2017

VOLVO has announced plans to carry out the ‘biggest, most ambitious’ trial of driverless cars on UK roads in 2017.

According to the Swedish carmaker, a limited number of semi-autonomous driving (AD) vehicles are set to hit the streets of London next year. The programme will then be extended to 2018 and 100 vehicles, allowing real families to try out the new technology on real roads.

The scheme, called Drive Me London, will be the first time members of the British public will be recruited to sit in the driver’s seat of an AD vehicles on public highways. Volvo will use the project to generate real-world data, helping to speed up the introduction of AD cars.

Adapted versions of the brand’s XC90 will be used in the trials, which will be fitted with additional computer systems, cameras and sensors, enabling them to carry out steering, lane changes, acceleration and braking, safely and without driver control.

Drive Me London is part of the firm’s commitment that no driver or passenger will be killed or seriously injured in a new Volvo vehicle by 2020.

Hakan Samuelsson, president and chief executive of Volvo Cars, said: ‘Autonomous driving represents a leap forward in car safety. The sooner AD cars are on the roads, the sooner lives will start being saved.’