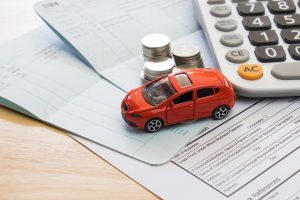 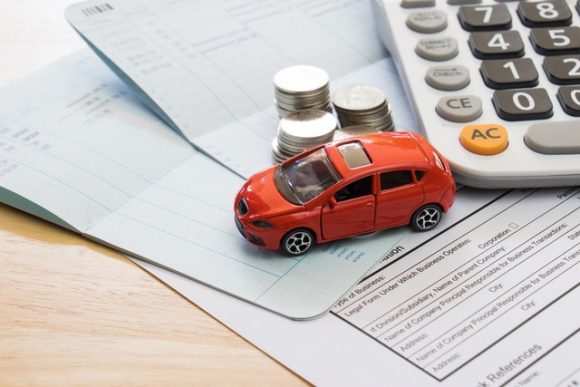 A used car dealership in Lancashire has been made the subject of a warning by the Financial Conduct Authority.

Northern Autos in Accrington, which only started running in February, claims to offer finance via Zuto, Creditas and CarMoney, with its website saying: ‘We specialise in offering finance deals that are both flexible and affordable to suit all budgets on your next car.

‘At Northern Autos Ltd we work closely with a number of specialist finance providers to give you the best possible rates for your budget.’

However, the regulatory body issued a warning this week (July 19) saying: ‘We believe this firm may be providing financial services or products in the UK without our authorisation.’

It warns people: ‘This firm is not authorised by us and is targeting people in the UK. You will not have access to the Financial Ombudsman Service or be protected by the Financial Services Compensation Scheme, so you are unlikely to get your money back if things go wrong.’

Nearly all firms and individuals that offer, promote or sell financial services or products in the UK have to be authorised or registered by the FCA.

Zuto and Creditas both told Car Dealer that they had never had dealings with Northern Autos.

Meanwhile, CarMoney said Northern Autos had never introduced any customers to its dealer arm, although CarMoney’s retail side – where customers apply for finance directly on its website – had paid out on two deals with Northern Autos this year and was happy that all FCA regulations had been met in those instances.

A spokeswoman for Zuto told Car Dealer: ‘We do not have a direct relationship with Northern Autos and have never received any direct proposals. Any dealings with them in the past have come via a third party who do have the appropriate FCA permissions.

‘The suggestion that we receive direct referrals from them is not correct.’

However, Shah admitted that Northern Autos hadn’t had any dealings with Creditas, saying its inclusion on the Northern Autos website was a mistake that he was trying to correct.

Northern Autos took over from Northern Cars, and Shah, who worked at Northern Cars and was one of its directors for more than two years according to Companies House records, told Car Dealer he hadn’t received any letters telling him he had to be FCA-regulated, but if he had he would have looked into it.

He said he hadn’t had any FCA-related issues and had always been upfront with anyone who asked if the dealership was FCA-registered, telling them that it wasn’t.

‘I’m a new business, learning as I go along, and with this current situation that’s going on now, money’s a bit tight to get everything up and running.

‘It’s not something that is on a to-do list because for most of our customers it’s cash or card transactions.

‘There aren’t many customers that we get through finance. It’s not something that’s enticing me to get it done. But as I said, it’s just finances at the moment – it has been a bit of a struggle the past few months.’

Shah added that he hadn’t been asked for proof of FCA registration by the finance providers he was using.

He added: ‘If it’s putting people off that I’m not FCA-registered and it would reassure them that I am, then I’d definitely look into it, because if a customer is buying off me and they know that I’m FCA-regulated, they’ve got that reassurance.’

He also said that if customers had paid via credit card they had cover from the provider.

‘And if we sell a vehicle to a customer and there’s a fault on it then obviously I would have to pay for that, and if I had to take it back I’d refund the customer,’ he said.

Shah told Car Dealer he was just trying to make a living, adding that he would need to read up on his FCA obligations, admitting: ‘Honestly, I’ve not had a thorough look at it and how it works.

‘I’m just trying to build something up with a good reputation.’

He added that he knew of others in the business that didn’t have authorisation so thought it wasn’t something he wanted to get up and running as yet.

Just last week, FCA chief executive Nikhil Rathi said in a speech to the Peterson Institute for International Economics that the authority was scanning 100,000 websites a day and said the message to the industry was make sure your website is FCA-compliant.

He added that the FCA had developed sweeping software and had three full-time staff monitoring and checking dealers’ websites each day.

Paul Guy, co-founder and director of Automotive Compliance, told Car Dealer: ‘This highlights that motor dealers firstly need to be diligent in making sure that they have the correct FCA permissions to sell finance in the first place.

‘But this also confirms the statement made by Nikhil Rathi.

‘As the FCA has a spotlight on motor finance and is clearly being more pro-active in checking dealers’ websites, it would not be scaremongering to advise dealers to review their website and social media content urgently, not forgetting this is not the responsibility of the website provider as they are not generally regulatory experts and act upon the dealers’ instructions when adding content.’

As of Monday, July 25, the logos of all three finance providers had been removed from the Northern Autos website.

A CarMoney spokesperson told Car Dealer: ‘CarMoney has successfully requested that Northern Autos, which has been made the subject of a warning by the Financial Conduct Authority, remove the CarMoney name and logo from its Northern Autos website.

‘Northern Autos has said it works closely with a number of specialist finance providers to give customers the best possible rates for their budget. It had included the CarMoney name and logo on its website.

‘CarMoney, which is authorised and regulated by the FCA for consumer credit activity, operates a dealer arm, which takes finance applications from FCA-regulated dealers where they need help getting finance for a customer.

‘Equally, its retail side of the business has a rigorous onboarding quality-checking process to make sure customers can only get cars from quality dealerships with high customer review scores.’

The spokesperson added: ‘Northern Autos does not work with the dealer side of our business and does not introduce any customers to us.

‘Our retail business, where customers apply for finance directly on our website, has paid out on two deals with Northern Autos in 2022 and we are happy that all FCA regulations were met in these instances.

‘Northern Autos passes all the checks required to work with CarMoney’s retail department, including having very high customer review scores, but as a dealer so far unapproved by the FCA we are not in a position to accept any finance applications from it, and consequently we requested the removal of our name and logo from its website.’

On August 2, Car Dealer was sent a statement by Creditas that said: ‘Northern Autos have never provided any of our financial products to any third parties, nor had our authority to do so. We have contacted their Mr Shah who has agreed this to be the case.

‘Northern Autos have removed the claim on their website that they are “Working Together With” Creditas, among other brokers. Indeed the “Creditas” logo featured on the website was not our logo. At no time was our permission given, or indeed sought, for such claim to be made.

‘Creditas take compliance with FCA requirements very seriously and we would never knowingly be associated with any dealer that sought to provide financial services or products in the UK without all requisite FCA authorisation.’