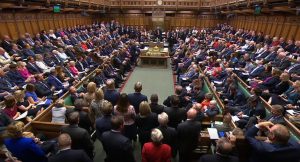 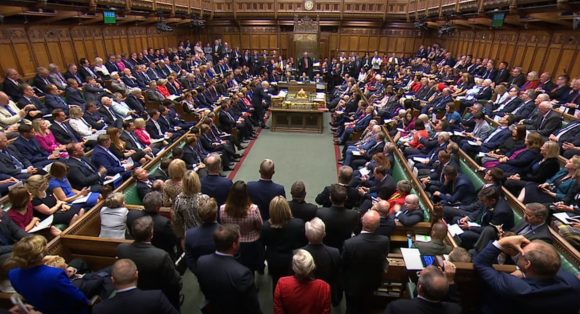 THE ‘perpetual state of Brexit limbo’ might be more damaging in the long run for the automotive industry.

That’s according to Alex Buttle, director of car-selling comparison website Motorway.co.uk, as he reacted to the latest SMMT figures for new car registrations.

‘After yesterday evening’s debacle in the House of Commons, it now looks odds on that Brexit will be delayed again, and that means more uncertainty for the foreseeable future.

‘Everyone wants an end to the current Brexit situation. And while the car industry will be relieved that a ‘‘no deal’’ appears off the table for the time being, this perpetual state of Brexit limbo could potentially be more damaging for the long term.

“Consumer confidence won’t be restored until we are able to move on from Brexit, whether we leave the EU with or without a deal. The longer this situation persists, the more lasting damage will be inflicted on the domestic car industry, and the longer it will take to recover.’

Meanwhile, Sue Robinson, director of the National Franchised Dealers Association, said: ‘The minor decline in new car sales was highly anticipated as these figures were against a record August in 2018 boosted by the introduction of the WLTP emissions regulation.’

But she added: ‘Although the introduction of the new Real Driving Emissions testing from September should not have as strong an effect on the market as WLTP last year, especially thanks to the one-year derogation granted by the government, the market may remain slightly distorted over the next months.’

Ian Plummer, commercial director at Auto Trader, said: ‘Unsurprisingly, the market is down, despite retailers’ and manufacturers’ best efforts as they sought to beat the new Real Driving Emissions test deadline by registering large volumes of cars before the end of the month.’

And he warned: ‘If we continue to see an exchange rate at or around parity with the euro, the UK may even miss out on the best and newest EVs, as manufacturers may make the decision to divert the vehicles to other markets where these cars are not only more profitable but also more certain to count for the imminent and very stringent fleet emissions targets that they need to comply with from next year.’

AA Cars chief executive James Fairclough said: ‘August sales are traditionally lower than other months, but that is to be expected ahead of new plates coming on September 1.

‘I think the true test of the health of new vehicle sales will come in the next few weeks, and all eyes will be on Britain’s forecourts to see whether September’s new plates will deliver the anticipated boost that everyone in the auto industry is hoping for.’

Michael Woodward, UK automotive lead at auditors and financial consultants Deloitte, warned: ‘Despite an encouraging month, there are potential headwinds. The value of the pound against the euro has fallen by 16 per cent over the past three years, including a decline of five per cent in the last six months.

‘So far, the consumer has been shielded from price rises associated with currency fluctuation, but if the pound continues to decline, manufacturers may be forced to pass on the costs to consumers. If they do this at a time of surplus stock in used cars, this could put a huge dent in demand.’