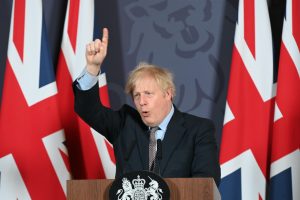 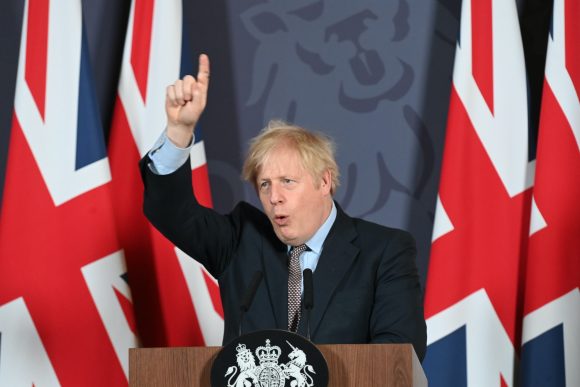 What a Christmas present: Car industry leaders’ delight as a Brexit deal is finally done

Car industry leaders have welcomed news the government has finally agreed a free trade deal with the European Union.

The historic Christmas Eve deal was hailed as a success by the Prime Minister at a Downing Street press conference this afternoon.

Boris Johnson said the UK had managed to ‘take back control’ as promised in the 2016 Brexit referendum.

‘British laws will be made solely by the British Parliament interpreted by British judges sitting in UK courts and the jurisdiction of the European Court of Justice will come to an end.’

This is great news for the automotive industry. Brexit has cast a shadow over our sector for four and a half years. Let’s deal with this virus now and we will be back ! What a great Christmas present ! #marshallchristmas https://t.co/72ueKG6jD4

SMMT chief executive Mike Hawes said he welcomed the news of the agreement and is waiting to see the detail to ensure it ‘works for all automotive goods and technologies’.

And he added it ‘provides a platform for our future relationship’ with the EU.

Hawes said: ‘We await the details to ensure this deal works for all automotive goods and technologies, including specifics on rules of origin and future regulatory co-operation.

‘A phase-in period is critical to help businesses on both sides adapt and efforts should now be sustained to ensure seamless implementation, with tariff-free trade fully accessible and effective for all from day one.

‘We will continue to work closely with government to ensure all companies are as prepared as possible in the limited time left.’

Car dealers welcomed the news as ‘a great Christmas present’

Marshall Motor Group CEO Daksh Gupta tweeted: ‘This is great news for the automotive industry. Brexit has cast a shadow over our sector for four and a half years. Let’s deal with this virus now and we will be back – what a great Christmas present!’

He said: ‘Ford welcomes today’s announcement of a trade agreement between the UK and EU that keeps tariff free trade at its heart.

‘We believe this agreement will help sustain the vital role of the automotive industry to European economies today, while also providing stability as the industry transitions to new technologies and opportunities for the future.

‘It is now important to understand the detailed rules of origin which will apply and to create as smooth a transition as possible by maximising flexibility as businesses adjust to the new trading environment. We also urge the swift conclusion of a trade deal between the UK and Turkey.’

After the deal had been agreed, European Commission president Ursula von der Leyen said: ‘We have finally found an agreement.

‘It was a long and winding road, but we have got a good deal to show for it. It is fair, it is a balanced deal, and it is the right and responsible thing to do for both sides.’

She said the deal meant ‘EU rules and standards will be respected’ with ‘effective tools to react’ if the UK side tries to undercut Brussels to seek a competitive advantage.

There will be a five-and-a-half year transition period for the fishing industry, she said. And co-operation will continue on issues including climate change, energy, security and transport.

von der Leyen said she felt ‘quiet satisfaction’ and ‘relief’ that a deal had been concluded.

‘It is time to leave Brexit behind, our future is made in Europe,’ she added.

Two former British prime ministers have welcomed the conclusion of the Brexit negotiations, a process that saw an end to both of their premierships.

David Cameron and Theresa May congratulated the negotiating teams on helping to end the year with some ‘positive news’.

Cameron, who called the referendum on leaving the European Union, tweeted: ‘It’s good to end a difficult year with some positive news.’

May added: ‘Very welcome news that the UK & EU have reached agreement on the terms of a deal – one that provides confidence to business and helps keep trade flowing.

‘Looking forward to seeing the detail in the coming days.’

MPs will now be recalled straight after Christmas to begin the process of moving the agreement through Parliament.