by Car Dealer Magazine
in News
0

Wheeler Dealer star Mike Brewer – and the host of the Car Dealer Used Car Awards – has sold cars around the world for his TV shows and if anyone knows how to restore one it’s him!

Here, he writes for Car Dealer Magazine on why he loves a good old used car restoration project. Make sure your car dealership has been nominated for a Used Car Award by clicking here.

FANCY fixing up your own classic? Before you get too carried away, here are my hints on how to plan a restoration.

We’ve all fancied taking on a project at some point, but restoring an old car isn’t for the faint-hearted – just ask my mate Ant – so follow my tips and you won’t go far wrong

Selecting the right car to restore is absolutely critical. It’s all very well deciding to fix a car up for nostalgic reasons, for example if it’s like the one your dad had when you were a kid.

But if that car is one that’s as rare as hen’s teeth these days there’s no point unless you’re a skilled and experienced restorer.

I met one bloke who decided he wanted to restore a Fiat 130 saloon as he remembered his dad having one as a youngster, but he’s spent the past 20 years looking for parts and it’s still under a tarpaulin at the bottom of his farm.

If you want to learn how to restore a car, choose a popular one.

An MG, Mini, Land Rover, 2CV, Beetle or classic Jaguar are all good options as there’s an entire industry built up around supporting them.

Others, such as old Fords, Vauxhalls or Rovers, still have good parts supply and specialist support, but you’ll need a bit more budget as you’ll be looking at rare used rather than new remanufactured parts.

Also, make sure it’s a car you like. If you want to restore an MGB, for example, go and drive one first to be certain it’s the one for you.

It’d be heart-breaking to put all those hours in only to find you don’t enjoy driving the car you’ve revived!

When it comes to understanding a certain make and model, you won’t find anywhere better equipped to help you than the owners’ club for that particular make.

Some owners’ clubs are big enough to run as official businesses, and even help with remanufacturing and sourcing of parts – in the UK, the MG Car Club, MG Owners’ Club, Club Triumph and British Mini Club are among some of the biggest.

An owners’ club becomes truly invaluable when you have a particularly rare or unusual car, where the wealth of other owners’ knowledge and access to parts they may have saved from donor cars is worth its weight in gold.

Joining an owners’ club is rarely expensive – usually less than £30 a year. It could be the best £30 you ever spend!

Once you’ve got your project home, it’s all too tempting to rush into the first job you fancy.

But to do so could be foolish, as you need to properly evaluate the work required and create a job list, with each task listed in a way where it can be ticked off once completed.

Start at the front of the car and work your way to the back, making a note of every mark, scuff, scrape or rust hole, as well as documenting any missing or damaged pieces of trim, as this will come in handy when you go shopping for parts.

Then follow the same process for the interior, paying special attention to missing bits of trim and switchgear.

Next up is a mechanical checklist, which will depend on whether or not the car needs a complete engine and gearbox overhaul or if the restoration is just a cosmetic one.

With your list complete, you then need to work out a job plan – and most importantly stick to it.

If there are things you don’t know how to do, why not use a restoration project as an opportunity to learn?

There are evening classes and college courses across the UK that teach skills such as metalwork, welding, trimming, plus car mechanics – and even a few dedicated classic car restoration courses.

Joining online communities of people who are also carrying out restorations or who own the same make of car can be a massive help too.

The strip-down of any restoration project is just as important – if not more so – than the rebuild. Make sure you take photographs of every single component before you dismantle or remove it, as a guide for how it all goes back together, and label everything.

It makes sense as well to invest in some storage drawers, where you can keep parts you’re going to reuse or need to source replacements for.

I have a rule whereby absolutely nothing goes in the skip until I’ve definitely put the new one back on the car. That way, I can’t accidentally throw away anything that I later need.

Most restorations are done on a budget, so it’s not always feasible to buy everything you need at once. But if you work from your job list, ayou can source all the bits you need to carry out each job in turn.

There are many places to look. Owners’ clubs, marque specialists, eBay and social media groups are all good places to track down body panels and trim, or even a complete donor car if you have the space to store it.

This is the most important rule of any restoration. Even if you’re mechanically competent or have done certain jobs loads of times before, don’t rush anything.

If you do, then you won’t be doing the best job you’re capable of and cutting corners will only lead to things you’ll regret later.

For example, the excitement of slapping on a new coat of shiny paint means that many restorers tend to rattle through the preparation process, and it’s only when they get to the end that the imperfections show through.

They may not be visible to the casual observer but you’ll spot the flaws every time you drive your car. Take your time and seek perfection. There’s no rush.

I’m a much better car salesman than I am a dentist, for example.

So, if you don’t feel you can do a certain job on your car, don’t feel you have to. It’s not embarrassing to ask for help, and there’s no shame in getting skilled assistance for some of the trickier jobs you’re not confident about.

The car is still ‘your’ project and getting expert help doesn’t dilute your effort. After all, there’s no point whatsoever in spending hours repairing the bodywork on your classic and sourcing rare panels and trim to then go and ruin it with a DIY paint job.

A lot of people have come into the classic car world in recent years to make a fast buck, and there are some pretty grim ‘restorations’ out there where a car has been bodged and turned round quickly to make a profit.

But that’s not the way to go.

If you’re going to devote your time and effort into bringing a poorly old car back from the brink, don’t do it with pound signs in your eyes.

First, it’ll inevitably cost you more than you expect it to, and if there is a profit at the end it won’t be a big one.

And second, that’s not why we do what we do. It’s nice to have a valuable asset at the end of it all, but it’s far nicer to have a great story to tell – or to be able to take a step back, smile, and say ‘I did that!’

Restoring a car is very much a hobby and a leisure pastime and shouldn’t be stressful. Don’t give yourself a deadline or get frustrated because a job takes longer than you expect it to.

If you’re doing this for fun, then why do you want to rush it?

Once the project’s finished, you’ll only sit there twiddling your thumbs or get dragged round the shops by your other half, and where’s the fun in that? If something goes wrong, don’t give up.

Just start again. The reward in getting it right will be more than worth it in the end. Enjoy the ride! 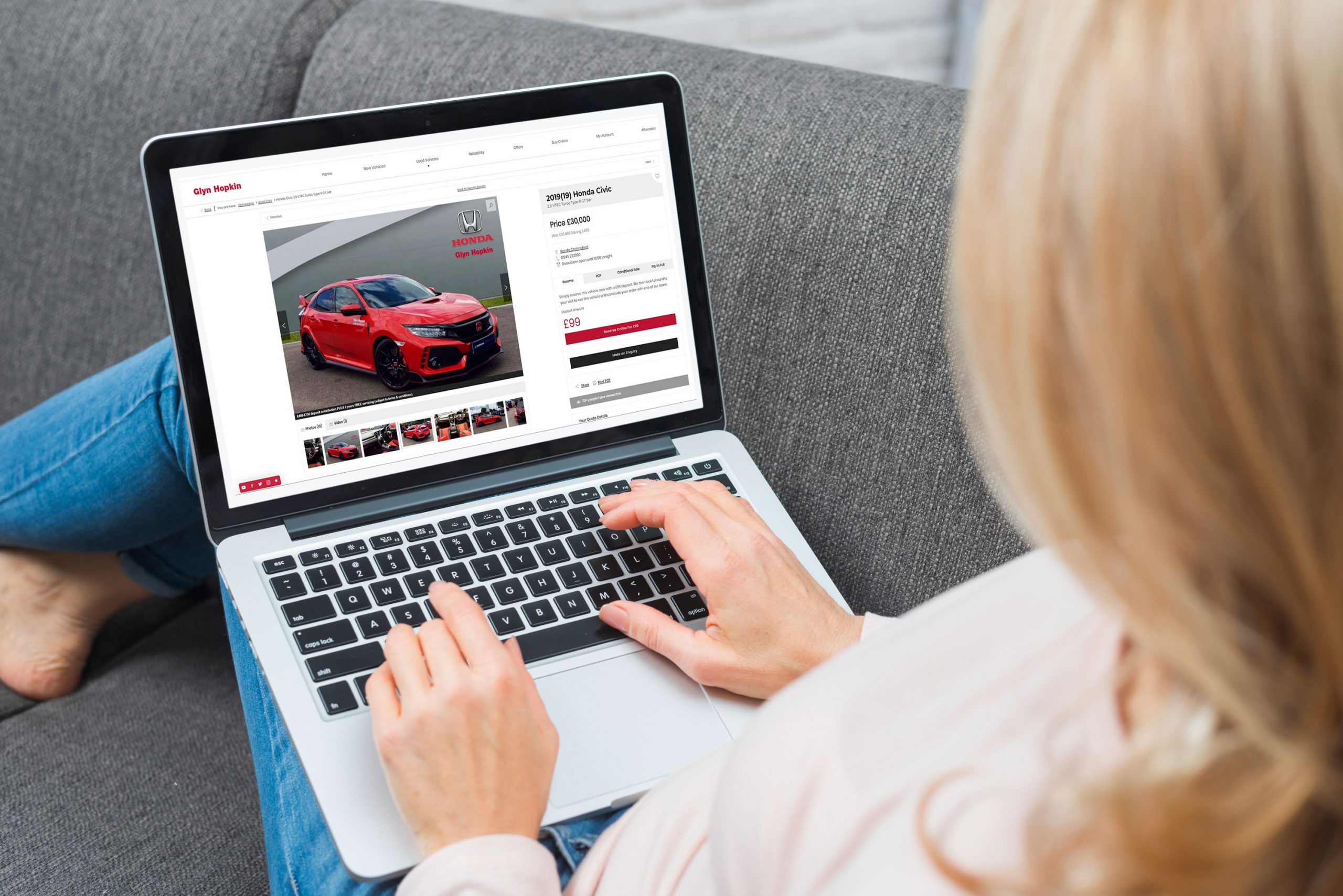 Click-and-collect, test drives, handovers and more. What you can and can’t do during England’s second lockdown 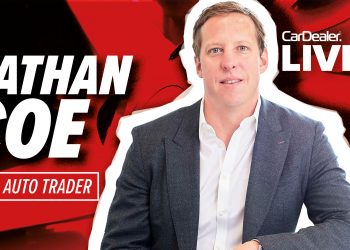 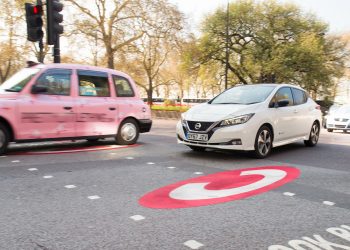