Wheeler Dealer star Mike Brewer – and the host of the Car Dealer Used Car Awards – has sold cars around the world for his TV shows.

However, he’s had some rather interesting experiences across the globe as he’s tempted buyers to – ’old ’owt their ’and – and buy a used car from the world’s most famous used car dealer.

Here, he runs down his top 10 locations for Car Dealer.

I’VE OFTEN BEEN asked where my favourite place to sell a used car is and the fact of the matter is I’ve bought and sold cars here, there and everywhere.

I can testify that it’s true, variety really is the spice of life and this certainly applies to used car buying and selling, too.

Even though I’ve been to all manner of countries in search of a deal, these are the ones that really stand out for me – even more so than the cars I bought there!

In terms of the easiest place to do a deal, I’d have to say the USA.

It’s where I’m currently based and it’s so easy because the people are very much in your face about what their cars are.

They don’t hide any damage like we do in Europe either – in the USA they take pride in that. It’s amazing! They’re very open and honest about what you’re looking at, and it’s really refreshing.

I’ve bought and sold many cars in Mexico. It’s a wonderful place to do business. Again, it’s another completely car-obsessed nation, and it’s home to some extremely honest people.

They’re really open about their cars – they talk to you about them like they’re a member of their family. In Mexico, the car is like a child – they tell you absolutely everything about it. It’s lovely!

Norway is not only beautiful but has some cracking cars too

Buying cars in Norway feels a bit more like it does in the UK. It’s very much ‘here’s the car, here’s how much it is’ – they don’t tend to embellish much when selling a vehicle.

They’re also less open about a car’s history than the South American countries too, so you do have to be a little more on your toes in that respect. Plus, it’s a lot colder than California, brrrrrr!

Obviously the UK is another one of my great buying locations – I really know the market here. There’s something to be said about the politeness of doing a deal in the UK.

If you buy a nice car from nice people and in a nice location, it can be a very orderly and polite way to purchase a vehicle. I say buying a car from the right person is as important as buying the right vehicle. 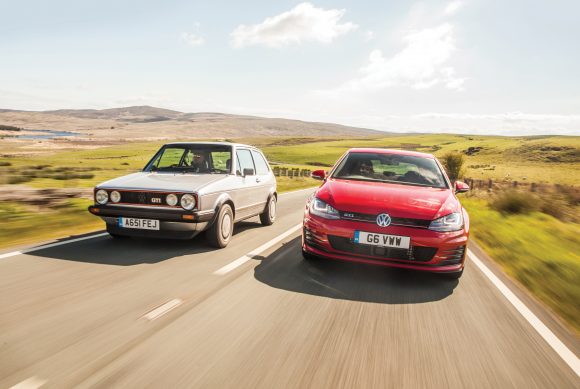 I bought a German-made MK1 Golf, like the one on the left here, for the first series of Wheeler Dealers

Germany is an excellent hunting ground for used cars. The one thing you need to know about buying a vehicle here is that it will be in pristine condition.

They’re efficient, the Germans, and they do like to keep their cars clean. Most of the cars I’ve bought in Germany don’t need any valeting or servicing at all – even if you’re buying them from people’s private driveways.

I really enjoyed buying cars in Brazil. It’s exciting for a number of reasons. One of them is that they’re completely obsessed with cars – they love them!

Secondly, their cars tend to come with a lot of honesty, so again they won’t disguise the fact that their car has some damage. It makes the whole process simpler – you know exactly what you’re buying. 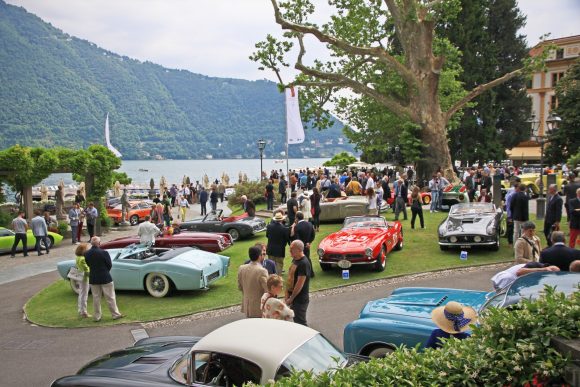 I bought a Ferrari on the banks of Lake Como

This is one of my favourites – and not just because I love pizza and pasta! I ended up buying a Ferrari on the banks of Lake Como in Italy – and it doesn’t get more iconic than that!

You’re standing there, in front of a Ferrari 348, and you’re on the shore of this amazing lake with the sun beating down – it was absolutely incredible! The car was pretty good too…

I was completely out of my depth when I went to a car auction in Tokyo. They don’t translate anything into English, so you have to learn Japanese very quickly or guess!

You don’t know whether a car has been crashed or repainted, and during the auction you have to press big buttons like on a Nintendo. It was really terrifying, but exciting. I managed to make money there, though!

It’s amazing buying and selling cars in Australia. It’s a fantastic part of the world, and the car culture down there is quite different to anywhere else.

The car ownership is different too – it’s very much about having a car that’s utilitarian, which is why they have their ‘utes’. They also like their comfort and speed.

I love the Australians’ honesty, too, and their ‘mate’ culture.

Once again, I was completely out of my depth here – it was a shocking experience. When I was there I bought an old Suzuki that had broken lamps and was generally in a bad state of repair.

I had every intention of fixing it up, but the advice I had from the car dealers was not to touch it! It just needed to be sold as it was, because whoever bought it wouldn’t care what condition it was in!